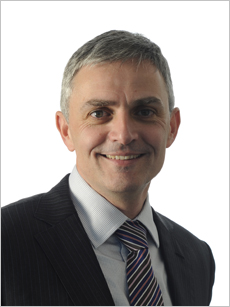 news NBN Co today announced that its chief operating officer Ralph Steffens, one of the company’s most qualified and experienced international fibre rollout experts, would be replaced with a Telstra executive who appears to have little direct last mile construction experience but does have a pre-election connection with Communications Minister Malcolm Turnbull.

Steffens (pictured right) was hired as NBN Co’s chief operating officer in late November 2011. The executive is regarded as a telecommunications management expert with significant global experience in wide-scale network deployment and management, especially of the kind that had not been conducted in Australia before the NBN rollout commenced. Steffens’ appointment in 2011 is believed to have been regarded as something of a coup for NBN Co.

Before joining NBN Co, Steffens was the managing director or service delivery at British incumbent telco BT from 2007 through late 2011, where he led a team of more than 4,000 staff based around the globe, as well as administering all of BT’s infrastructure. Steffens was “responsible for the end-to-end service management and all network planning and implementation activities on a global basis” at BT in that period, NBN Co’s biography of the executive states.

Prior to that point, Steffens spent four years as BT’s senior director of network solutions, with responsibility for delivering several phases of BT’s next-generation network build. At that stage Steffens led a team of some 2,000 staff.

Prior to his roles at BT, Steffens was director of Network Engineering for COLT Group, a pan-European company that successfully built metropolitan fibre networks across 32 cities in 13 European countries, and a long-distance fibre transit network covering 15,000 kilometres. Steffens holds a Diploma in Engineering majoring in Electrical Engineering and Telecommunications from Fachhochshule Darmstadt, University of Applied Sciences, Hesse, Germany.

This morning NBN Co issued a statement noting: “As part of the transition of the National Broadband Network to an open network architecture including fibre to the node, serving COO Mr Ralph Steffens will step down from the role and leave the company.”

A spokesperson for the company further stated that Steffens had resigned, but was unable to immediately clarify whether the executive had been asked to resign by Turnbull or new NBN Co executive chairman Ziggy Switkowski.

“His experience includes developing and implementing construction contracting strategy and he has been the Superintendent on major construction contracts,” NBN Co wrote. “Earlier roles included Core Network Development where he was accountable for the planning and development of the core network, as well as an Account Director in the Wholesale division where he was responsible for key wholesale accounts.”

However, it does not appear as though Adcock has significant experience in deploying last-mile fixed telecommunications infrastructure of the kind the NBN rollout represents, and which Steffens has. Such experience is difficult to obtain within Australia, as no large-scale last-mile telecommunications network has been deployed in Australia since the late 1990’s when Telstra and Optus deployed their HFC networks.

At NBN Co, Adcock will not be involved in any re-negotiation of the company’s definitive agreements with Telstra, according to NBN Co.

Adcock’s appointment shares a number of attributes with several other recent senior appointments to NBN Co. Adcock, executive chairman Switkowski and recently appointed head of strategy and transformation JB Rousselot were all reported prior to the Federal Election to have had contact with the Coalition (Delimiter 2.0 article) and/or personal relationships with then-Shadow Communications Minister Malcolm Turnbull. All three have since taken senior positions at NBN Co, despite the fact that none of the three have significant last-mile fixed telecommunications infrastructure construction experience. Switkowski in particular has not been employed in the telecommunications industry for almost a decade.

A fourth figure, Justin Milne, also had strong connections with Turnbull and has been reported to have been involved in NBN Co’s Strategic Review process which Rousselot is overseeing, although NBN Co has not reported Milne as having been appointed to a formal position.

opinion/analysis
I’ve published my thoughts on this story on Delimiter 2.0 (subscriber content). A sample paragraph: