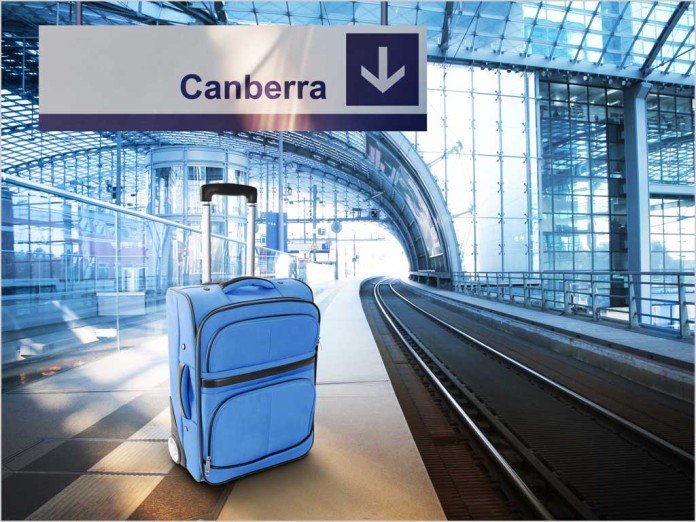 news Home-grown Australian software firm Technology One appears to be making significant inroads into the Federal Government, with a $5.8 million deal with the Federal Department of the Treasury reportedly building on existing success the company is having selling its software into major institutions.

TechnologyOne is a Queensland-headquartered software company which has long sold its enterprise software into the public sector. However, the company is best known for its success with local councils and, to a certain extent, state governments rather than in the Federal Government, where it has historically struggled to compete with major multinational rivals such as SAP and Oracle.

However, last week iTnews reported a sizable deal that may represent the tip of the iceberg in terms of Technology One’s future in the Federal Government. The site (we recommend you click here for the full article) reported that the Department of the Treasury would partially consolidate a range of individual platforms — SAP, Aurion, iCMS and Microsoft Dynamics — and use a Technology One ERP platform.

A search of the AusTender database reveals that a range of other Federal Government departments currently have arrangements with Technology One, ranging from the Department of the Prime Minister and Cabinet to the Australian Prudential Regulatory Authority, the Department of the Senate, the Federal Court and the Australian Radiation Protection and Nuclear Safety Agency.

Most of the organisations involved appear to be on the smaller side, lending credence to the idea that Technology One is having success extending its successful model in smaller government organisations into the Federal public sector.

The Australian company is also experiencing success in the financial services sector. In early September Technology One issues a media release noting that it had recently signed up companies such as Qantas Credit Union, Hume Bank and Teachers Mutual Bank for its preconfigured OneBanking solution.

“Our OneBanking solution has been developed in collaboration with leading banks, mutuals and credit unions in Australia, so we can provide the built-in business processes out of the box,” TechnologyOne’s Executive Chairman Adrian Di Marco said. “This close collaboration with the banking sector in the design of our products makes our offer unique in the market.”

“TechnologyOne’s existing relationship and reputation among other credit unions and mutual banks was one of the most important factors in our decision to purchase OneBanking. We spoke to mutuals who were already using TechnologyOne’s software and followed their recommendation,” he said.

The news of Technology One’s contract success appears to be having a modest effect upon its financial fortunes. In May, the company reported its revenues for the six months to 31 March were up 3 percent to $90 million, although profits were down ten percent. The company made losses on its cloud computing and UK businesses, as well as further losses relating to its preconfigured software solutions.

However, the company said at the time that it expected its investments to generate significant revenue streams in future years.

opinion/analysis
Technology One is the ‘little engine that could’ of Australia’s technology scene — it keeps on plugging away behind the scenes, continually making small gains and investments that will serve it well in the long term. It has had few really major victories over the years, but I think this one with the Department of the Treasury is significant and could possibly lead it to breaking through in a range of areas.

After all, if Technology One can beat out rivals like Microsoft, SAP and so on in the Federal Government, the sky is the limit for the Australian software firm.