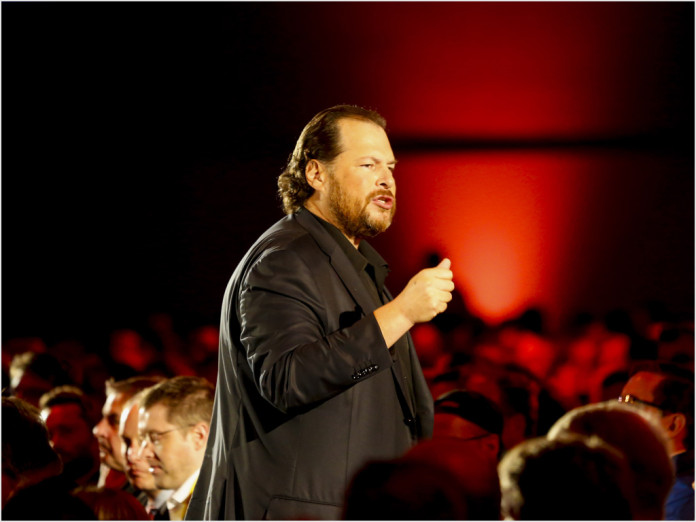 blog Cloud computing vendors such as Salesforce.com have had a bit of a difficult relationship with Australia’s banking and financial services sector. Those of you who have been around for a while will remember that the company achieved some early wins, chiefly with its popular customer relationship platform, in organisations such as Bank of Queensland.

However, things haven’t always been easy over the past few years. Salesforce.com has had a couple of back and forth dialogues with the sensitive regulator, the Australian Prudential Regulatory Authority, and even financial hub Singapore has been a bit leery of the cloud computing company, memorably forcing ANZ Bank off Salesforce.com for certain uses.

This week from the company’s Dreamforce conference in the US comes news that Salesforce.com is yet again making some headway. iTnews was there and reports (we recommend clicking here for the full article):

“We’ve been on Salesforce sales cloud for a long time, and we’ve just brought in marketing cloud now which is going to enable us to do B2B2C marketing,” NAB broker partnerships head of marketing Simon Hofmann told iTnews on the sidelines of the Dreamforce 2015 conference.

The site also has a quite nice story from the same conference about News Corp using Salesforce.com itself — ripping out a Siebel system to do so.

To my mind it feels like these sorts of stories are an indication that the worm has once again turned, and software as a service vendors with little Australian infrastructure, such as Salesforce.com (other examples would include Google) are once again able to make a pitch for a place on the periphery of the IT environments of sensitive sectors such as financial services and government.

This is a good thing. While there are risks inherent to offshore cloud computing and software as a service platforms, especially around data sovereignty, it is also true that there are many, many systems inside banks and government departments that don’t actually store customer data. It is very worth getting away from the historical conversation around “cloud computing or not”, and towards a much more granular discussion around which system, at what time, and with which vendor, can be safely switched into the cloud.