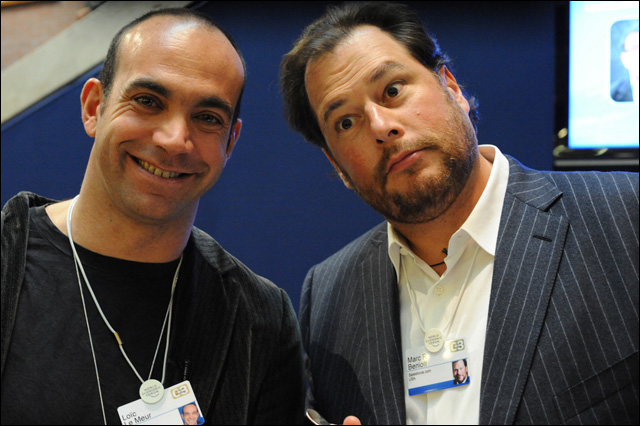 Software as a service vendor Salesforce.com has delivered a backhander to its big brother Oracle following the decision by Larry Ellison’s baby to start providing its on-demand customer relationship management tools from a Sydney datacentre for the first time.

Overnight at its Openworld conference in the US, Oracle Asia-Pacific vice president Steve Au Yeung reportedly said the company would establish an Australian datacentre locally with hosting company Harbour MSP because although cloud computing meant it shouldn’t matter where data was hosted, some customers were concerned about offshore hosting.

In response, this morning Salesforce.com’s regional vice president of Marketing Jeremy Cooper said his company was “delighted” to see Oracle acknowledge that cloud computing was the future of enterprise IT.

“Australia is home to some of the most advanced organisations in the world – companies who put a premium on innovation, not infrastructure,” said Cooper. “This is why they are choosing cloud computing for CRM, for custom application development, for enterprise collaboration, and for a whole host of other business applications.”

However, Cooper reserved a few words about Salesforce.com’s own position in the market that might not go down too well at Oracle. “If you look at just the CRM market, public and private sector organisations have voted with their wallets, making Salesforce CRM the #1 CRM application in Australia today,” he said.

It is believed that Salesforce.com hosts its own servers internationally — in Singapore, for example, but does not operate a dedicated datacentre in Australia for local customers.

“It’s not about the zip code of your data centre, but the performance, security, and reliability of the platform, and the ability to provide world class applications that don’t require companies to pay 22 percent annual maintenance fees,” said Cooper, in what appeared to be a reference to Oracle.

Salesforce.com and Oracle have historically had a close yet competitive relationship. Salesforce.com was founded in 1999 by former Oracle executive Marc Benioff (pictured top right with French entrepreneur Loïc Le Meur), who still runs the company today. Benioff has spoken publicly about how influential his relationship with Oracle founder Larry Ellison has been.

But Ellison has also had his own play in the software as a service market courtesy of his controlling investment in Netsuite, which was also founded in the late 1990’s and run by former Oracle executives. And Oracle itself has amped up its on-demand offerings over the past few years.

The relationship between the two executives even continued to flare up this week in public. Benioff reportedly referred to Oracle’s Exadata server in a public statement, stating that “clouds aren’t in a box”. “Salesforce.com runs on 1,500 Dell servers … which are boxes,” Ellison fired back in a lengthy monologue.