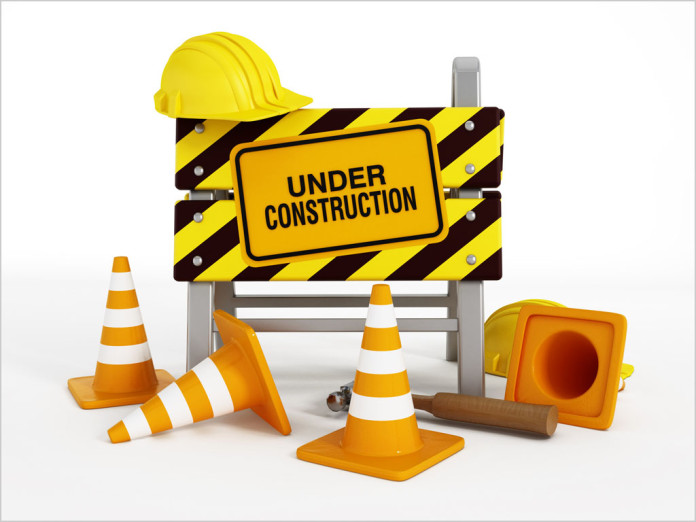 opinion The National Broadband Network should not be broken up into smaller parts. It should not be set up to compete with itself. And it should most definitely not be sold off to the private market. There is only one thing that the Government should do with the NBN. It should damn well get on with the job of building it.

Last week I received an email from a resident of Redland City, which is a local government area in South East Queensland. Redland City sits between Brisbane, Logan and the Gold Coast, and has a population of about 150,000.

This resident told me an extremely familiar story. They let me know that they lived in a very modern housing estate. From what I can tell, it’s in a beautiful location, close to the coast, close to modern amenities, in a great community and so on. In short, they are living the life — enjoying the beautiful Queensland climate, in a modern residence — the world should be their oyster.

However, like so many Australians, there was one substantial factor lacking from their life — access to decent broadband services, or in this particular case, any actual broadband services at all. For some reason, this particular location had been left off the modern day map. Australia’s telecommunications companies, regulators and policymakers appear to have forgotten this corner of Redland City exists. Because almost every aspect of modern Australia relies on the Internet, this resident struggles every day to get basic tasks done.

This is a familiar story to me. As a technology journalist and former telecommunications policy advisor, I have been hearing it almost every day for years. Almost every single day one Australian or another emails me, posts a comment on Delimiter or even calls me to let me know of a similar situation.

It is for this reason that I couldn’t help but laugh bitterly — extremely bitterly — when I read a speech given this week by Rod Sims, the head of the Australian Competition and Consumer Commission.

Residents in places like Redland City — and all around Australia — are currently screaming out for access to broadband at all. They would kill to be able to get a decent ADSL broadband connection to their premises, let alone higher-speed technologies such as HFC cable or Fibre. And there are many other Australians who would kill to get broadband speeds faster than 5Mbps. You can find plenty of examples posted on the Delimiter forums.

But in his speech to a conference held by the Australian Consumer Communications Action Network, Sims had relatively little to say about what the ACCC or the Federal Government could do to increase the availability of high-speed broadband to all Australians.

Sims didn’t talk about the policy settings that would facilitate the provision of universal high-speed broadband to all Australians. He didn’t talk about how Redland City — and many tens of thousands of ‘broadband blackspot’ locations all around Australia — could receive decent broadband.

He also didn’t spend any time talking about how the many Australians who do have broadband access — but very, very slow broadband access — could eventually have their paltry speeds upgraded to something more acceptable to the modern world.

And he certainly didn’t spend any time at all talking about how Australia could set itself up for the next century when it comes to telecommunications infrastructure.

Instead, Sims talked about things that are not at the critical edge of Australian telecommunications policy. The ACCC chair talked extensively about theoretical levels of competition in the telco sector. He spent time justifying his organisation’s controversial decision to approve the acquisition of iiNet by rival broadband player TPG. He spoke in great detail about how competition in the telco sector had driven down prices, and also about how the ACCC was ensuring industry compliance with regulatory outcomes.

And Sims also made a number of comments about the National Broadband Network; namely, that in his view the NBN company should ultimately be broken up into different chunks — one selling Fibre broadband services, presumably, others selling HFC cable and so on — and sold off to the private sector where each chunk could compete with each other for customers.

But I am here today with a simple message for Rod Sims and the ACCC in general: Hands off the National Broadband Network.

The truth is that Australia’s telecommunications policy landscape has looked like a dilapidated trainwreck for around two decades now, and the ACCC and the Government of the day have made a number of decisions along the way which have directly contributed to that disaster zone, and to the lack of broadband access which many Australians suffer today.

The ACCC’s failure to block — at all costs — Telstra’s complete overbuild of Optus’ HFC cable network in the late 1990’s and early 2000’s led directly to the entrenchment of the dominant position of Australia’s largest telco in the market, and a terminal lack of interest by large telcos like Optus in building their own competitive telecommunications infrastructure in Australia.

The failure of the Howard Government to structurally separate Telstra into wholesale and retail divisions prior to its privatisation further strengthened Telstra’s position in the market, creating a permanent and frustrating role for the ACCC to legally restrain a telco from squelching its competitors entirely.

And who could forget the ACCC’s infamous decision with relation to the number of Points of Interconnect it imposed on the NBN, which cut small to medium-sized broadband providers out of competing on the NBN network and led to — as predicted — intensely rapid market consolidation and decreased broadband competition levels.

It is this serious of horrible telecommunications policy decisions which has led directly to the situation in areas such as Redland City and Australia’s terrible ranking in global broadband tables.

In this context, the National Broadband Network policy initiated by the Rudd Government and continued in a heavily modified form under the Coalition still represents the great white hope of bringing decent broadband speeds to all Australians. It is the only telco deploying broadband infrastructure in Australia at any scale. Every single other company of any size has given up due to the endemic levels of regulatory uncertainty in the market and is waiting for the Government to fix the problem.

For all its faults (and there are many), the idea that the Government could create a single telco that would unilaterally upgrade and extend all of Australia’s broadband networks is an attractive one. And it is this vision that the majority of Australians support.

When Australians tell me their broadband sob stories — almost every day — they almost universally mention the NBN as their only hope to get better broadband. Right around Australia right now, there are individuals sending letters daily to the NBN company pleading for the company to roll out high-speed broadband in their area. They are sending the same letters to Members of Parliament, who are then lobbying the NBN company on their behalf.

There are councils who have banded together — across political party lines — to lobby the NBN company to deploy broadband in their area. There are countless community groups and professional associations forming petitions. Even State Governments — again, regardless of political persuasion — are getting in on the action.

In short, right now, the NBN company is hearing a constant cry of anguish from all around Australia regarding the lack of decent broadband infrastructure in this fair nation.

In this context, demands for the NBN company to make a profit, for it to be broken up into chunks, for it to be sold off, fall so far short of the community’s expectations of the company that they become laughable. Or, in my case, because I have followed this situation for so long — they become the subject of bitter laughter which then descends into a fit of coughing up black bile at the ridiculousness of it all.

Cheaper prices are nice. A choice of broadband providers is also nice. And it’s also nice if agencies such as the ACCC can stop telcos from royally screwing Australian consumers with dodgy deals along the way.

But the real aim of the game here is better telecommunications infrastructure, and I would encourage the ACCC to recognise that all sides of politics and most Australians have placed pretty much all of their eggs in the basket of the NBN company to achieve that.

Breaking up the NBN company; flogging it off to the private sector; forcing it to compete with itself — none of these things are going to result in Australia’s telecommunications infrastructure being upgraded in a faster or more efficient manner. These things will only massively muddy the waters and slow down the process whereby the NBN company realises this important public policy aim.

I think many of us are willing to have a conversation about privatising the NBN in the long-term — but that is not possible until it has actually gotten most of its job done in building its network.

The most important thing right now is to just get the NBN built — in whatever form it can be. Because there are many Australians in the corners of places like Redland City who will take pretty much anything they can get. And by the time those gaps get filled, the rest of the nation will need an upgrade too.