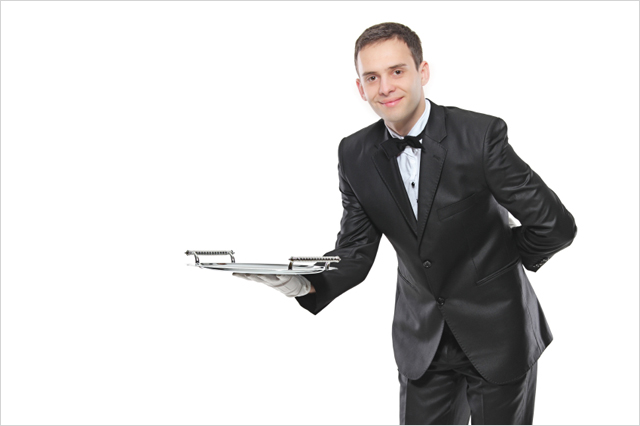 opinion In rubber-stamping the uncompetitive $800 million deal which Optus has signed with NBN Co, the national competition regulator has signalled a disturbing loss of independence and an obsequious willingness to make the Federal Government’s National Broadband Network project succeed at all costs.

It used to be that when the chairman of the Australian Competition and Consumer Commission issued a press release or gave a major speech regarding the telecommunications sector, that the various players in the industry would tremble in their boots.

Take this fiery speech which then-ACCC chairman Graeme Samuel delivered to the annual conference of the Australian Telecommunications Users Group in March 2007. At the time, Telstra was demanding more regulatory certainty in the ADSL broadband market before it would offer ADSL2+ services in exchanges where its rivals didn’t. Samuel said all Telstra had to do to get that regulatory certainty was to write to the ACCC asking for it. “You can’t get much more certainty than that,” he said.

Or what about the time the regulator slugged Telstra with a competition notice after the company controversially implemented a wholesale line rental price increase — without cutting its own retail prices. Or what about the time Samuel described the National Broadband Network proposal first raised by then-Telstra CEO Sol Trujillo in 2006 as “an illusion”? The list goes on. I can think of a dozen occasions or more when Samuel or other senior ACCC executives such as telco czar Ed Willett have sharply laid down the rules in a very public manner with respect to Australia’s telecommunications industry.

These moves made for great headlines, but perhaps more importantly, they made for great policy. It has been partially due to the ACCC’s harsh restraint of the activities which the nation’s powerful telcos (usually Telstra, but occasionally Optus) have been able to conduct in the Australian marketplace which has gradually delivered better telecommunications services to Australia over the past decade or so.

If not for the ACCC regulating Telstra’s wholesale telephone service, after all, we would still be paying STD rates up to $30 an hour, as I remember our household paying when I was a teenager. If it was not for the ACCC regulating access to Telstra’s copper network, after all, we would not enjoy the ADSL2+ speeds which we do today. And if it was not for the ACCC taking action on mobile network call termination, it may be a much more expensive and painful proposition to place calls between Australian mobile phone networks.

All of this is why it continues to surprise me that the ACCC takes such an obscenely soft touch when it comes to the Federal Government’s National Broadband Network project and the relationship of Telstra and Optus to it. Astute observers of the debate may remember the ACCC’s surprising and unpopular decision to set up 120 points of interconnect to the NBN, another arrangement which positively benefited Australia’s major telcos, to the extent that the issue was one factor behind the acquisition of Internode by iiNet, and the consequential gradual depreciation of competition between the two.

This morning’s draft determination by the ACCC regarding the $800 million deal which Optus has signed to shut down its HFC cable network and migrate its customers onto the NBN is a perfect example of this kind of ridiculous sweetheart behaviour. In a statement, the ACCC’s new chairman Rod Sims noted that the two main public benefits of the deal were that the cost of operating the Optus HFC cable network would be saved, and that it would cost less to migrate the telco’s HFC customers onto the NBN.

Now, these do sound like good benefits, it’s true. But the only problem is that neither has anything to do with Australian consumers, being chiefly benefits to Optus.

Who the hell cares whether it continues to cost Optus a large amount of money to operate its HFC cable network? The network was built more than a decade ago, in a completely different regulatory era, when there was very little competition in Australia’s telecommunications environment. Since that stage, Optus has had the best part of 15 years to recoup its investment in the network.

The truth is that Optus has done very little with its HFC cable network over the past decade. It hasn’t extended the network, it has barely upgraded it, it won’t allow most people in apartments (“multi-dwelling units”) to connect to it, and it doesn’t even publicise the infrastructure on its web site any more, preferring to direct customers to use ADSL broadband instead.

If the Federal Government had decided to roll out the NBN a decade ago, when Optus was trying its best to recoup the investment in its HFC cable network, then I could understand why the Government should compensate Optus for overbuilding its infrastructure. But with a meagre 400,000 customers on the infrastructure, right now Optus is looking for reasons to offload its HFC cable investment — and its deal with the NBN is a perfect way for it to do so. But this is not something that NBN Co should be concerned about. It was Optus which built the damn thing, after all, a decade ago, and it is Optus that should continue to pay to maintain it. It is not the responsibility of the Australian taxpayer to fund Optus’ ageing network infrastructure.

In addition, the ACCC’s statement that the Optus deal will deliver a lower cost HFC subscriber migration to the NBN is also puzzling. The regulator itself admits in the same statement that Optus is likely to migrate its HFC customers to the NBN organically anyway. This is something which was obvious when Optus first signed its deal with NBN Co in mid-2011. At the time, I wrote:

“Why the hell, after all, should NBN Co pay Optus $800 million to migrate its customers off its HFC cable network and onto the NBN fibre infrastructure? I can guarantee you that as the NBN rolls out fibre throughout Australia over the next decade, almost all of Optus’ HFC cable customers would eventually terminate their HFC connection and switch to the NBN organically. Why? Because the technology is incredibly superior, to start with, but also because they will have dozens of rival companies offering them great deals to do so.

In short, why is NBN Co paying Optus almost a billion dollars for something it would eventually get for free anyway?”

Other aspects of the ACCC’s statement are also puzzling. The regulator notes that Optus is unlikely to upgrade its HFC network to allow faster speeds. The only problem with this statement is patently untrue. It was only in August 2010, for example, that Optus announced it had upgraded the cable network to the DOCSIS 3.0 standard, following Telstra and allowing dramatically boosting speeds to NBN-like levels of 75Mbps.

The ACCC’s statement that Optus’ cable footprint is unlikely to be extended is technically true; but misleading. One of the main reasons why Optus only has 400,000 HFC cable customers is that if you live in an apartment block or business office block, it’s hard to get HFC cable connected to your premise unless the entire block is connected. If legislation was introduced to get around this ongoing ‘multi-dwelling unit’ legal issue, I suggest that many more Australians would connect to Optus’ HFC cable network — or that of Telstra.

But perhaps the biggest stunner in the ACCC’s statement is the one it saved for last, where it states that the sort of infrastructure-based competition that Optus’ HFC cable network could provide to the NBN would not actually drive competitive outcomes at all.

“The ACCC also considers that some of the usually expected gains from competition in the performance of the NBN are, on closer examination, reduced,” Sims says in the statement. “For example, the regulatory approach which will ultimately apply to the NBN is intended to provide strong incentives for NBN Co to promote utilisation of the NBN and to be responsive to customer needs concerning speeds and other aspects of service quality.”

Setting aside the fact that other fibred-up nations such as Korea decided to keep their HFC cable, essentially, what the ACCC is saying is there is no need for NBN Co to face competition in its wholesale broadband market, because the regulatory environment is sufficient to keep it in line?

Yeah, right. Let me remind Mr Sims and his colleagues at the ACCC of the past decade they have spent dealing with another Australian telecommunications monopolist: Telstra. Regulation never quite succeeded in keeping that 800 pound gorilla in line, and while NBN Co is a different beast entirely, for the competition regulator to suggest that a little market-based competition wouldn’t help is simply ironic.

As many readers will know, pending a decent effort by the Coalition (whose policy right now has potential but not detail), I am personally currently a supporter of the NBN; I believe it will deliver real broadband outcomes to Australia and that the policy is a strong one. It’s the best and most comprehensive telecommunications policy Australia has ever had. You can also see why the ACCC’s supporting the project; like everyone else in Australia’s telecommunications sector, it wants to avoid spending another decade negotiating with a vertically integrated Telstra. The NBN represents its best chance of exiting that scenario.

But let’s not pretend it’s perfect. The winding back of infrastructure-based competition and the huge billion-dollar subsidies being paid to Telstra and Optus as part of the NBN project are extremely concerning to anyone such as myself who believes that markets are the best way of efficiently delivering services to consumers. The ACCC’s absurdly contradictory statement this morning on Optus’ $800 million NBN deal is an indication that the regulator may have overlooked that fact.