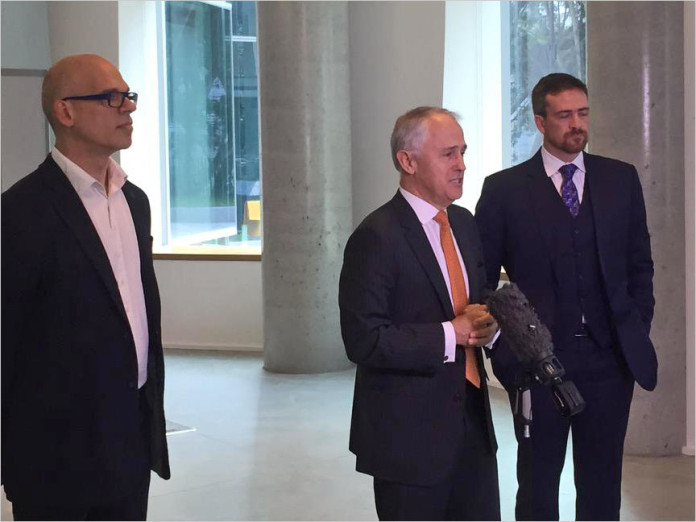 news The Federal Government’s Digital Transformation Office has revealed plans to locate a small office on-campus at the University of Technology Sydney, as well as embarking on a rapid hiring campaign in which it will seek the best Australian technologists to help deliver lasting changing in government IT service delivery.

Communications Minister Malcolm Turnbull established the agency earlier this year with the intent of transforming the Government’s online interaction with the public. One of its earliest hires was Pia Waugh, the open government and open source community leader who also previously worked as a policy advisor for the tech-focused Senator Kate Lundy, and has since worked worked with the Department of Finance.

In turn, Shetler announced several weeks ago that he had hired a trio of digital government heavyweights to join his team, including two developers from the UK and Department of Communications digital specialist Marianne Cullen.

This morning Minister Turnbull and Shetler met with UTS Vice Chancellor Attilla Brungs (pictured, right) on campus to announce that a small cohort of the DTO’s staff would be housed on-campus in the Dr Chau Chak Wing building at UTS, and to formally kick off the DTO hiring campaign.

“We think Australia can be the best in the world at delivering public services,” said Shetler in a statement. “We’re working with government agencies to transform services. But we can’t do it alone. We’re looking for the best and brightest digital talent to join us. We’re looking for people who want to work on stuff that matters. Simpler, clearer, faster and more humane public services. People who live and breathe digital service delivery. People with a relentless focus on user needs.”

“Is that you? If you want to make a real difference and work on some of Australia’s most important services – we want to hear from you. We are looking for a wide range of digital specialists: talented and tenacious product managers, developers, technical architects, user researchers, designers, web ops engineers and delivery managers. If you want to do extraordinary things and make a difference: join us!”

The Minister said the DTO would recruit about 20 developers, designers, researchers and product managers to deliver “lasting change”.

This is an exciting initiative but it’s also complex and requires significant cultural change,” Minister Turnbull said. “Government services don’t face competition in the traditional sense but that doesn’t mean they should be immune from the disruptive technologies that are having an impact right across the economy.”

“The DTO needs to adopt an agile, startup-like culture so it’s important that we recruit people with the right mix of skills and attitude to speed up the transformation of government services.”

opinion/analysis
I am aware of quite a few staff who have already been hired in Canberra as the DTO soaks up talent from departments all around the city. The best and brightest of Canberra’s large technology scene are already being pulled into the DTO’s orbit. And as previously noted — and as is still occurring — the DTO is also pulling staff from overseas, particularly skilled Australian expats.

The attitude appears to be that if you’re regarded as experienced in public sector IT and willing to push the envelope a bit (you’re not a rusted on part of the furniture), you’ll at least get a bit of a look-in to the DTO. I think the DTO will actually end up being decently-sized, if nowhere near the level of a full department oriented towards service delivery.

This is a good thing. Shetler appears to have an eye for talent. He’s well-connected and has hired others who are also well-connected. This means the DTO, so far, is being staffed with innovative thinkers focused on effective delivery — just the type of staff it needs. I approve.

In terms of the facility at UTS, I don’t really buy the attitude that the DTO needs to connect with tertiary institutions in order to get its work done. This is a new agency which will be wholly internally focused on reforming the interface between government and the public.

As such, it needs to sit a bit outside the existing public service structure, but not too far away. I would rather see the DTO in the downtown Sydney CBD — close to Federal Government offices but not in them, and close to the tech startup sector — than a bit further out of town with the academics at UTS. The DTO should have an office in Sydney — if for no other reason than that’s where a lot of Australia’s IT talent is concentrated — but I don’t think UTS is the best place for it, although it’s not a terrible place.

In general, at the moment I am quite enthusiastic about the DTO. Everything Shetler has said in public about the organisation — and everything I am hearing behind the scenes in Canberra — is quite positive. The caveat is that Shetler’s team only has about 12 months to get some runs on the board, before questions start being asked about the DTO’s future. I wish this fledging government changemaker agency good luck — it is going to need it.