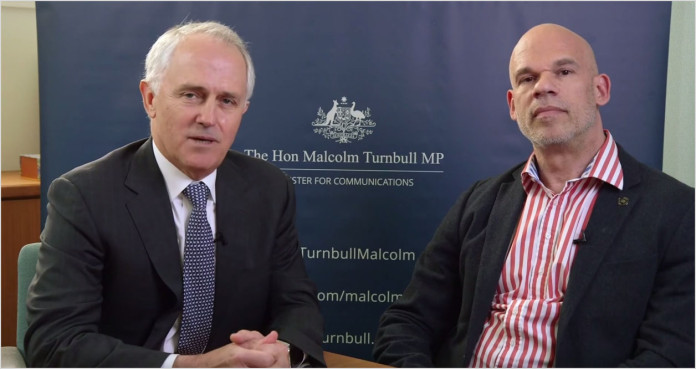 news The Federal Government’s fledgling Digital Transformation Office has hired a trio of high-profile digital government service delivery experts, including a 19 year-old hailed as one of the young guns of the UK’s equivalent agency on which the DTO was based, as it rapidly bulks up in the first few months of its existence.

Communications Minister Malcolm Turnbull established the agency earlier this year with the intent of transforming the Government’s online interaction with the public. One of its earliest hires was Pia Waugh, the open government and open source community leader who also previously worked as a policy advisor for Senator Kate Lundy, and has since worked worked with the Department of Finance.

In turn, Shetler yesterday announced on Twitter that he had hired a trio of digital government heavyweights to join his team.

The most headline-worthy of the hires is Jordan Hatch. Hatch was hired by the UK’s Government Digital Service organisation at the age of seventeen in 2013 to work on the beta version of the new gov.uk site. At the time, Shetler’s appointment landed him in the popular UK press, as he had left high school for the position and to follow his passion in online web development.

“Very excited to announce that I’m joining the @AusDTO team (and moving out to Australia),” wrote Hatch on Twitter.

Probably the most significant hire, however, is that of Marianne Cullen. Cullen is a familiar face in digital government circles in Canberra. A long-time bureaucrat, Cullen is currently First Assistant Secretary in the Digital Productivity Division at the Department of Communications.

The bureaucrat is perhaps best known to the technology sector for her role assisting with the failed Department of Human Services Access Card initiative back in 2007, as well as her role from April 2008 helping to lead the Department of Communications’ stewardship of Labor’s National Broadband Network project.

“Stoked to be joining @AusDTO to lead transformation program. Digital+delivery to drive change for Aust. What could be more fun?” wrote Cullen on Twitter.

The third hire is Australian expat Leisa Reichelt, who for several years has been Head of User Research at the UK GDS.

“I’ve been in London for almost ten years now, but I’m an Australian, and I’m excited to be heading home to Sydney in September to continue the mission to bring great service design and user experience to government by joining the Digital Transformation Office,” Reichelt wrote on her blog.

“It has been a real privilege to be a part of the team at GDS – I’ve learned a lot from my time working with this talented and dedicated team, and being a part of government in the UK. I’m proud of what we have achieved.”

“I’m particularly proud to leave behind a government who now has many talented and experienced user researchers working tirelessly to understand user needs and to work with teams to ensure that the services we design meet those needs. Not just in GDS, but in almost every department you can think of.”

“I’m excited to take what we’ve learned and bring it home to Australia and see if we can’t just do some things even better :)”

Shetler told the Technology in Government conference last week that the DTO was hiring across a numbr of different areas, and encouraged interested candidates to get in touch.

opinion/analysis
It looks very much as though Shetler is doing a good job of setting up the DTO. I will post some detailed thoughts on the DTO at a later date, but from the looks of it so far, the executive is hiring individuals who have a combination of public sector experience in IT transformation projects and/or policy implementation, and have also demonstrated their ability to act as change agents and not just corporate drones. This is precisely the kind of individual that the DTO needs. It will be interesting to see who joins the DTO next.