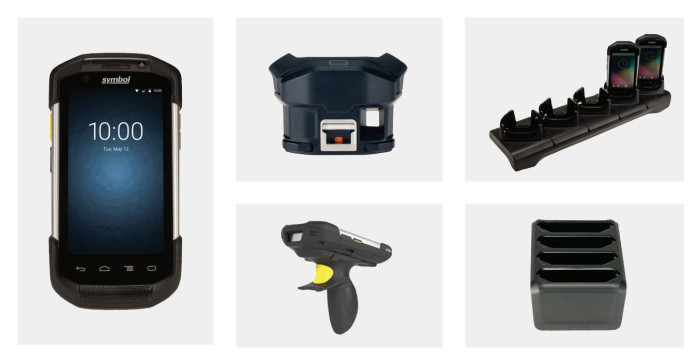 news Tech vendor Zebra Technologies late last week revealed that global logistics provider Mainfreight would deploy some 1,500 Android-based handheld units across Australia and New Zealand, in one of the largest known corporate deployments of the Google technology down under so far.

Among other products, Zebra provides mobile terminals used in freight businesses, courtesy partially due to its its 2014 acquisition of Motorola Solution’s enterprise business for some $3.45 billion.

In a statement, Zebra said it was supplying some 1,500 of its TC75 devices to Mainfreight. The TC75 is billed as an “enterprise-grade” Android device which comes with 4G/LTE capability as well as scanning capacity to be able to read a variety of bar codes in “virtually any condition” — “damaged, dirty or poorly printed”.

“The TC75 mobile computer features the familiar feel of a consumer smartphone but is designed to withstand the harshest work environments. The IP67 certified device is dust-tight, can survive complete immersion in water and will deliver reliable operations even after repeated eight-foot drops to concrete,” the company says about the product.

The devices will be rolled out by the end of 2015 as part of an overall $3 million investment in technology which Mainfreight is making. The new TC75 is Mainfreight’s fourth refresh, since the company first began using Symbol products (acquired by Motorola) in 1991.

Kevin Drinkwater, Group IT Manager, Mainfreight said: “We are proud to be the first supply chain and logistics provider to roll out this next generation mobile solution in ANZ. Zebra’s next generation TC75 mobile computer is a significant step up on our existing equipment, and puts us and beyond our competitor’s capabilities. It will also enable us to introduce future functionality that is well beyond what we could deliver today.”

opinion/analysis
Interesting deployment that we’re seeing here — Android used not as a mobile phone platform primarily, but as a business tool to facilitate freight logistics. It’s this kind of deployment which Apple has largely ignored with its consumer-focused iPhone units. As a result, the more flexible Android platform is entering niche markets like this one — for ruggedised scanners. Sure, it’s not a massive market. But it does demonstrate the benefits of a more open and flexible open source platform, compared with Apple’s highly controlled system.