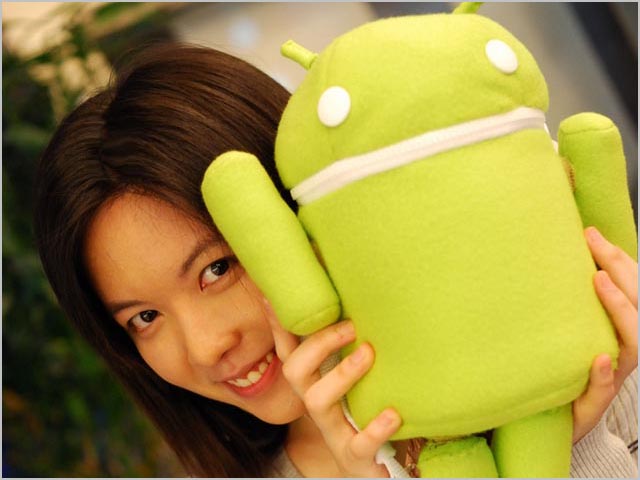 news Google’s Android operating system has replaced Apple’s iOS in terms of importance to developers in the Asia-Pacific region in the last 12 months, according to a new survey by independent technology analysts Ovum. However, both still form the core of developer support and almost all developers support both platforms. The survey also reveals that there is increasing interest from developers in Blackberry OS and Microsoft’s Windows phone.

The Ovum survey was aimed at finding out how changes in the device market had altered developers’ preferences when selecting which platforms and technologies to use when building mobile applications for smartphones. According to Adam Leach, devices & platforms practice leader at Ovum, “A smartphone platform’s success is dictated not only by the pull of consumers and the push of both handset vendors and mobile operators but also a healthy economy of applications delivered by third-party developers. Therefore, it is important for all players in the smartphone ecosystem to understand the choices developers are making today and the downstream impact of those choices.”

From the results, it is apparent that developers have been quick to respond to the exit of once-important smartphone platforms such as Windows Mobile, Symbian and WebOS and have embraced opportunities that have risen through emerging platforms. The trends reflect closely changes in the wider smartphone market.

Throughout last year Android had been chipping away at the iOS operating system’s lead in the smartphone segment in the Australian market. Tracking sales trends over the first quarter of 2011, analyst firm IDC had predicted that by the end of the year, Android based smartphones would overtake Apple iPhones in Australia. It was already apparent that Nokia, with its Symbian platform, which all along had been the market leader, was fast losing out.

By the end of Q3 2011, Samsung, which uses the Android operating system, had already claimed the top spot in the Australian mobile phone market, beating Apple. Android, with 49% of the market share, now stood over Apple whose share of the pie stood at 36%. That Apple slowed down its shipments to prepare for the launch of the iPhone 4S didn’t help its cause either in retaining its No. 1 spot. But that is only one of the reasons it lost out, the other being that the Android operating system can operate on many different smartphones and is quickly becoming the choice of cost-conscious customers.

Leach said: “The growing momentum behind Windows Phone indicates that Microsoft has managed to convince developers that its platform is worthy of investment. However, its main challenge now is to persuade consumers.”

Another interesting finding of the survey is that when it comes to building cross-platform mobile applications, developers are focusing more on web-based standards (HTML5) and moving away from traditional approaches (such as Java, Flash, WAP). However, despite increasing use of cross-platform approaches, most developers still use vendor specific distribution channels such as the Android Market to deploy applications, as this is seen as the best way to reach the largest possible audience for their applications.

One example of an Australian developer who launched on the Android platform first has been a new company, Native Tongue, which makes apps to teach people new languages through fun video games.

“The Android version was launched in early November and the iPhone version was launched last week,” wrote Native Tongue developer Matt Ho on the Silicon Beach Australia startup mailing list yesterday. “We launched an [minimal viable product] first on Android, iterated, released new product features, tested, analysed the stats and learnt a lot from that experience. We then used that feedback to polish up the iPhone version. There’s a lot of benefits for launching first on Android because of the easier approval process and ability to test immediately.”