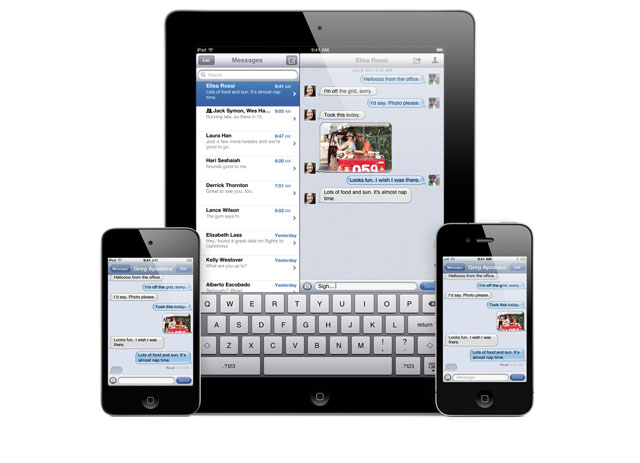 news Apple’s iPhone 3G was first released in Australia three and a half years ago, and its flagship iPad tablet 18 months ago. But the Federal Government still hasn’t certified the devices for use in government agencies, despite having pledged to do so by September last year, and despite approving Research in Motion’s unpopular rival, the BlackBerry PlayBook.

In July last year, DSD revealed — and the Australian Government Information Management Office confirmed — that DSD was evaluating Apple’s iOS platform, with certification slated to be complete by September last year. At the time, DSD published an interim guide to hardening the security on iOS devices, including the iPod Touch, the iPhone and the iPad.

This week Delimiter queried the Department of Defence on the matter, asking what the current status was of DSD’s project to certify iOS devices, when it anticipated the products would be added to DSD’s Evaluated Products List, and what had caused the delay.

However, DSD did not respond directly to the majority of the questions.

“DSD’s work in evaluating the latest version of the iOS is moving towards the final stage. DSD evaluations take time to complete to ensure the integrity of the product meets the specific security requirements of the Australian government.”

The delay comes despite the fact that Research in Motion’s BlackBerry PlayBook tablet, which was released in Australia in mid-2011, a year after Apple’s first iPad, was in 2011 approved by DSD for Government use. The tablet has failed to take significant market share globally, and is believed to have achieved only a very small share of the tablet market in Australia, with the iPad estimated to have taken somewhere north of 80 percent of Australia’s tablet market.

A number of BlackBerry and Windows Mobile devices were already approved by DSD for government use, throughout 2007 to 2011.

The delay also comes despite the fact that a number of senior government officers, ranging from politicians to public servants, use the iPhone and iPad devices extensively for their daily work. In October, the Department of Parliamentary Services revealed in October last year that it would allow its growing fleet of 40 iPad users to access full desktop and internal IT services under its ongoing pilot of the tablets.

High-profile politicians such as Communications Minister Stephen Conroy and his shadow, Malcolm Turnbull, regularly use Apple iOS devices for their daily work.

In addition, Defence this week declined to respond to a question on whether it had seen any further interest from government stakeholders in certifying the Android operating system, which is believed to have even stronger market share in Australia than Apple’s devices, but has not yet been adopted strongly for corporate use. “The Android platform has not yet been submitted for DSD evaluation,” a Defence spokesperson said in response to a question on the issue in July. “At this time, the use of the Android platform for Australian government business does not necessitate the production of a hardening guide.”

opinion/analysis
The DSD’s certification program has clearly descended into a farcical situation. The organisation has no problem certifying BlackBerry devices which fewer and fewer people are using, but has not yet certified the Apple iPhone for use within Government, three and a half years after it was released in Australia or the Apple iPad, 18 months after it was released locally.

I have no idea what is going on inside DSD, but it’s time the organisation started responding more speedily to the needs of its public service users, who are audibly demanding that they be allowed to use these devices in their everyday life. This is a perfect example of government inaction in action.