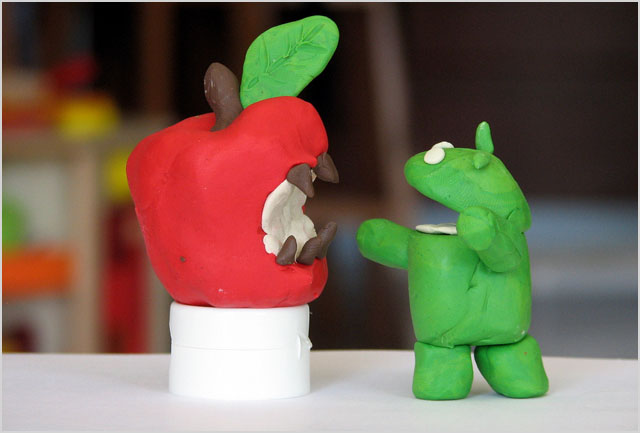 By the end of this year, there will be more Android-based smartphones being sold in Australia than Apple iPhones, according to IDC research released yesterday — with Finnish giant Nokia falling further and further behind.

The analyst house yesterday released its latest report into smartphone trends in Australia, tracking sales over the first quarter of 2011. The report showed that Apple’s iPhone platform now had nearly one third market share of the total number of mobile devices being sold in Australia — a figure which was up 13 percent on the previous quarter.

IDC estimated the total number of new mobile phones sold in the quarter in Australia at 2.44 million — meaning Apple would have sold about 800,000 iPhones in the period. The company was buoyed throughout the second half of 2010 and early 2011 by the release of its iPhone 4 model, which features a redesigned exterior and a high-resolution screen. The company’s iPhone line is also available through all of the major carriers and from its own stores directly.

Apple’s growth meant it became the top mobile phone seller in Australia for the first time in the quarter, knocking Nokia off its long-held perch. The Finnish company’s fortunes took a massive hit in the quarter, with the company’s Symbian platform losing 9.5 percent of market share compared with the previous quarter.

“Nokia suffered a double whammy,” said IDC telecommunications analyst Mark Novosel. “The feature phone market collapsed, with 79 percent of new mobiles shipped now being smartphones. Meanwhile, Symbian took a huge tumble, as consumers shy away from the platform ahead of Nokia’s transition to Windows Phone.” Symbian’s share of the smartphone market — which now makes up 79 percent of the overall market — shrank to just 22 percent.

However, it’s likely not Nokia that Apple will be worried about.

In IDC’s statement, Novosel noted that Google’s Android platform was also making strong gains — now holding 30 percent of Australia’s smartphone market (compared with Apple’s 40 percent), a figure up 4.7 percent on the previous quarter. “Android remains on track to become the most popular smartphone OS in Australia this year, although Apple is doing its best to delay Android from reaching this milestone. The weakness in Symbian and slow initial growth of Windows Phone are providing a stimulus for iOS and Android, which will battle head to head for the top spot in 2011,” said Novosel.

The news mirrors results seen earlier this year in the United States, where the Android platform finally pulled ahead of Apple in terms of total US smartphone subscribers.

In Australia, the Android platform is being pushed by a number of major handset manufacturers, with the list including Asian giants like HTC, Samsung and LG, as well as global company Sony Ericsson and even US company Motorola.

Novosel said so far in Australia, HTC and Samsung had emerged as the primary winners of the Android battle, with HTC’s Desire and Samsung’s Galaxy S phones doing particularly well. He noted big things were expected in the run up to Christmas from the HTC Sensation device which Telstra yesterday revealed it would sell exclusively, as well as the Samsung Galaxy S II handset which is slated to go on sale through all of Australia’s major local carriers.

“Apple is likely to experience a dip in Q3 as the market eases in preparation for an expected new iPhone model in Q4, meanwhile the wide range of Android flagships that will launch in Q2 and Q3 should see strong growth,” IDC’s statement yesterday said. “In Q4, Android flagships will see price cuts to lure Christmas shoppers and enable them to better compete with the expected new iPhone.”

And Nokia will continue to struggle.

“2011 will be an increasingly difficult year for Nokia, as consumers side-step Symbian smartphones and feature phone popularity continues to dwindle. Microsoft will also face a tough year with slow Windows Phone 7 growth expected, as the iOS and Android tussle intensifies. As Nokia launches its first Windows Phone models in early 2012, and Symbian shipments eventually stop, Microsoft should start to see an uplift,” said Novosel.