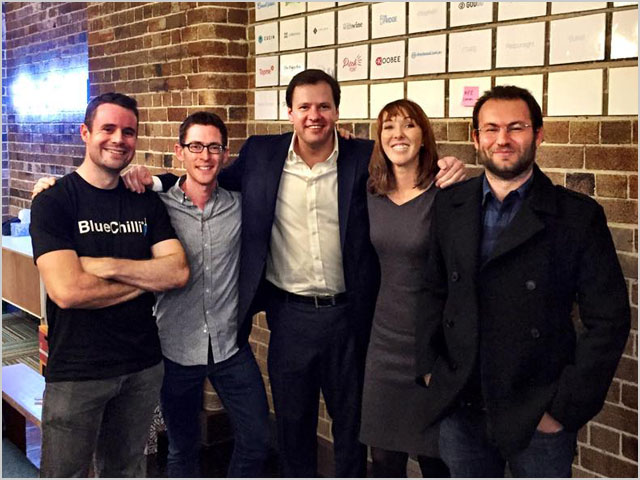 news The Australian Labor Party has created a new internal policy group focused on building a “new economy” through fostering innovation, startups and entrepreneurs, in a move that appears to have support from the highest political levels within the party.

Dubbed ‘Labor for Innovation’, the group’s co-patrons are listed on its Facebook page as Federal Deputy Leader and Shadow Foreign Minister, Tanya Plibersek, and Shadow Treasurer Chris Bowen. However, the group has been involved in a number of public events over the past few weeks which have featured speakers such as Shadow Communications Minister Jason Clare and Shadow Parliamentary Secretary to the Shadow Treasurer, Ed Husic.

The group’s most high-profile event so far appears to have been an event as part of the Fringe section of the ALP’s National Conference over last weekend. The Fringe section of the conference is a section where new ideas — and old ideas perhaps with a new focus — are presented to engage and stimulate Labor’s supporter base. Such ideas may or may not be part of the party’s official policy platform.

However, Labor for Innovation has also been involved in a host of other events over the past several weeks around the country, several of them with high-level support from Opposition Leader Bill Shorten himself.

For example, Clare joined fellow ALP MPs Pat Conroy and Jill Hall at a forum in Lake Macquarie in mid-July focused on creating the “Jobs of the Future” in Newcastle and Lake Macquarie. According to a media release issued by Clare, the Shadow Minister used the event to talk about how the phenomenon of digital disruption would destroy some jobs but also create new ones — and it was key that Australia had a workforce with skills in Science, Technology, Engineering and Mathematics to deal with the challenge.

Also speaking will be Rebekah Campbell, who is listed as co-convenor of the Labor for Innovation group. Campbell is also well-known in the local startup scene for co-founding businesses such as Beat the Q, Posse and the E-Coffe Card Group.

Shorten spoke at the Labor for Innovation Fringe panel, as well as checking out the BlueChilli incubator in Sydney, and also spoke on innovation to the Council of Small Business Australia’s recent small business summit.

“A Labor government will create a new $500 million, Smart Investment Fund, to back-in Australian innovators,” Shorten told the conference (his speech is online in full). “An incentive for entrepreneurs to develop their ideas – and scale them up. Our Smart Investment Fund, will partner with venture capitalists and fund managers to invest in early stage and high potential companies.”

The Opposition Leader said this model had a “definite, proven record of success”, citing the example of the launch of seek.com, which received $2.5 million in early investment.

“We’ve also put forward our positive plan to work with Australia’s banks and finance industry to introduce a partial guarantee scheme: Startup microfinance,” the Labor leader said. “I want to make it easier for Australians to turn good ideas into successful businesses. To take their product from prototype, to market.”

“So many of our competitors for the jobs of the future already have a scheme of this kind in place: the UK, the US, France and Germany. Singapore and Hong Kong are leaders in our region. In the new economy, small businesses and start-ups will drive growth and create jobs. This is why we’re also leading efforts to promote crowdfunding initiatives. And why Labor is determined to support our next generation of designers, refiners, manufacturers and creators.”

Labor has also responded to public calls for an entrepreneur’s council to advise in Government on startup issues, with Husic telling StartupSmart that this concept was now enshrined in the party’s policy platform. And Husic and Campbell also appear to have presented on Labor for Innovation at a party Central Policy Branch event in Melbourne in early July.

The news come as the Government also appears to be attempting to woo Australia’s startup sector. Queensland backbencher Wyatt Roy recently successfully attracted Prime Minister Tony Abbott to attend the Startup Weekend Brisbane event at the city’s River City Labs, and the Prime Minister himself highlighted the importance of the startup sector in a speech to the Queensland LNP Convention later on that weekend.

In addition, yesterday Parliamentary Secretary to the Minister for Industry and Science Karen Andrews gave a speech noting the importance of developing Australia’s education system to further focus on teaching Science, Technology, Engineering and Math skills. The Government also recently passed the Tax and Superannuation Laws Amendment (Employee Share Schemes) Bill 2015, which significantly opens up the taxation of employee share schemes for startups.

I’ll say two things about this.

Firstly, it’s objectively great to see Labor pushing in these areas. Australia’s startup sector and digital economy desperately needs even a tiny modicum of political support — it will take anything it can get. Even a small investment in this area by our nation’s political leaders will result in a strong expansion of the sector — many jobs created, and a decent chance at growing fantastic new businesses. The future of Australia cannot be build upon coal mining and building houses, and it’s about time some of our politicians recognised that.

Secondly, Labor is placing itself in a great position here. Neither the Coalition nor the Greens have well-developed campaigning initiatives targeting the fast-growing startup sector or the digital economy. The Coalition has actively cut Government support to the sector recently, while it’s not a core area of focus for the Greens, who are only now developing solid economic credentials through the efforts of parliamentarians such as Senator Whish-Wilson (a former investment banker), moving beyond their historical focus on the environment and social justice.

If Labor continues to push along these lines, it will come to occupy this space largely by itself. And it’s a wonderful, dynamic space to be in — full of glamorous companies and events and a butt-tonne of capital.

This is precisely the kind of political interest which Australia’s digital economy has needed for quite some time. It’s great to see Labor expending this kind of effort, with this kind of high-level buy in from its top parliamentarians. Let’s hope it can drag the Coalition and the Greens along as well.