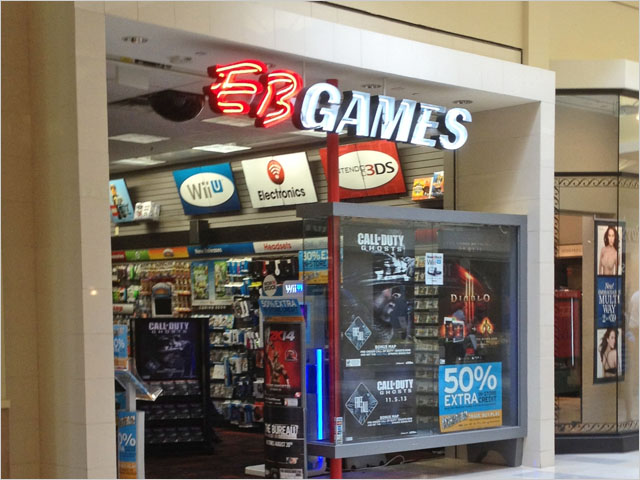 blog Wow. If you are at all interested in Australia’s video games industry then we highly recommend you check out this extremely inflammatory article published this afternoon by Kotaku Editor and seasoned gaming journalist Mark Serrels. In it, Serrels claims to have uncovered an odious culture of gross staff neglect and out-and-out abuse at national retailer EB Games. A couple of choice paragraphs:

“[Name] would often work 10 hour days. Only four of those hours would be paid. [Name] would turn up to help out at midnight launches and wouldn’t get paid. Sometimes [Name] did it because she wanted to. Many times because it was expected of her.

[Name] was [Name]’s District Manager, one step above his store manager. According to [Name] he had a reputation for calling up whoever came last, delivering a constant barrage of abuse. “[Name] would verbally abuse us,” says [Name]. “Using phrases like, ‘You’re a fucking idiot’, ‘Fucking bastard’, ‘One more fuckup and you’re fucking gone’.”

The whole article is like this — allegation after allegation of outrageous and possibly illegal managerial behaviour inside EB Games, with the company not taking appropriate action to stop it. When I was a teenager, I worked in retail too — but I certainly I never saw anything like this kind of behaviour in the retail chain where I worked (Big W). I found this article shocking and confronting.

I don’t personally know to what extent the article is accurate. Serrels is a very good journalist with a good reputation, but we only rarely see this kind of highly emotional, highly personal article published by a mainstream media outlet. I highly respect his writing, but in my experience, emotional stories from former employees do also need to sometimes be taken with a grain of salt. It’s a difficult situation.

I don’t quite know what is going to happen from here, but I do know one thing: This is very far from the end of this story. Serrels appears to have let a very big genie out of a bottle, and there is going to be quite a bit of havoc from here on in.

At the very least, I would expect EB Games to be considering its legal position regarding the article — I hope Kotaku is firm in its facts here. I would also expect more EB Games employees to come forward about this issue with further allegations. In my opinion, no matter what, the company will need to start responding to the issue publicly and transparently. Otherwise the higher authorities are going to start to pay attention and the issue is only going to get larger and larger. If there is even a kernel of truth here, the situation cannot be left to fester — it needs to be addressed straight away.

Update: Delimiter has received the following response from EB Games:

“EB Games goes above and beyond to provide our employees with a safe working environment. We have a zero tolerance on bullying and harassment of any kind. EB Games is committed to the ongoing education of all staff to ensure that they are aware of the HR and personal support that is available to them. We would like to reassure all employees that all official complaints reported will be thoroughly investigated and a zero tolerance stance taken”.