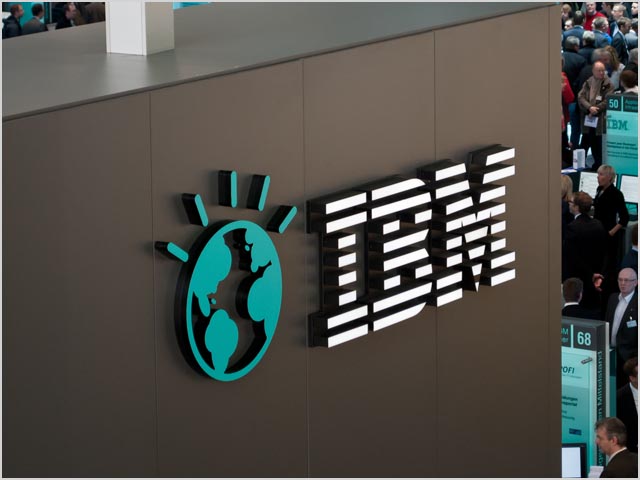 news Fifteen years after it first outsourced its IT department to global technology IBM, in a deal renewed half a dozen times and worth hundreds of millions of dollars, the Federal Department of Health has finally placed key components of the deal back on the market, in its first formal request for the tender in the area since 1999.

The Department is a major one in, with some 2,360 staff located in Canberra and hundreds more located around the country, serving policy objectives related to bolstering the general health and wellbeing of all Australia. It also counts a number of subsidiary agencies under its umbrella, to which it provides services.

Since 1999, the Department’s IT needs have largely been provided through a key IT outsourcing contract with IBM. However, despite Federal Government procurement regulations which are supposed to see long-running contracts tested every few years, the deal has not been formally put out to competitive tender over that period, resulting in a running series of articles on the topic. It was renewed again in December 2010 for $109 million.

The arrangement has not always been a peaceful marriage. In October 2011, for example, Health accused IBM of causing a “catastrophic failure” in its IT systems stemming from an update to its storage environment that took down a number of services for a period of time. Health Secretary Jane Halton spoke directly to IBM’s top Australian management regarding the issue.

In September 2012, the department finally went to market for an advisor to develop a strategy for its future information and communications technology needs. At the time, it noted that its IBM deal, as well as telecommunications contracts serviced by Telstra, Optus and Verizon would require market testing and “possibly transition” between July 2012 and 2015.

Late last week, the department finally put key components of the IBM deal out to tender, focusing on the most fundamental types of IT services which most major organisations need to provide to their staff. The three tranches of work include end user-facing services such as desktop productivity, collaboration, printing and document management; all major IT infrastructure components and services (including datacentre, storage, server, network, telephony and enterprise data warehouse); and IT support services such as service desk, service management and so on.

For its part, Health will retain primarily responsibility for governance and setting the strategic direction of its new IT outsourcing deal; defining, approving and assuring end user-facing technology directions; determining business and security risk thresholds; and managing other service providers where Health already has a direct relationship with those vendors.

It appears that IBM will continue to provide Health with at least some services, even if it doesn’t win the new IT infrastructure deal.

This is because Health has stated that other IT services it requires will be delivered through “a combination of internal service delivery teams, some externally sourced arrangements or services delivered by other government agencies”. Some examples of these other IT services including applications support and training, telecommunications services, and secure Internet gateway services.

In a general sense, Health appears to be transitioning its IT environment towards standardisation with respect to the rest of the Federal Government. Its tender documents stipulate with regard to a whole range of areas that standard practices must be followed — such as procuring hardware and services through existing panel and volume sourcing agreements.

One other notable upgrade which Health is currently going through is a migration in its desktop collaboration suite, with the department currently migrating off IBM’s unpopular Lotus Notes suite and onto Microsoft’s Outlook/Exchange platform.

The ultimate responsibility for the new IT outsourcing contract falls with the department’s chief information and knowledge officer, Paul Madden, who previously led the Standard Business Reporting program led from the Australian Treasury from 2007 through 2010.

opinion/analysis
Wow. We’re finally seeing some movement on this extremely long-running IT outsourcing contract at the Department of Health, and it’s absolutely about time. Health has renewed, renewed and obtained exemptions to renew this contract where it should not have been able to, over a 15 year period. Finally it has been forced to follow the Federal Government regulations it has avoided over the past decade and put at least some components of the deal back out to market.

If you take a look at Health’s existing IT systems, as well as its approach to the IT outsourcing process outlined in its tender documentation published this week, it seems that that the long-term impact of Health’s continued reliance on IBM and failure to test the market has been typical in terms of organisations that do not test their IT outsourcing relationships and just keep going with the same supplier over a period as long as a decade.

Firstly, it is clear that Health’s internal IT platforms are not up to date and streamlined. The IT outsourcing process, when it is refreshed regularly tends, to force organisations to standardise their systems in an efficient way, so that external parties can easily take them over. We’re not really seeing this at Health — its infrastructure looks a little too much like aged spaghetti for my liking. It also appears that we’re also seeing legacy platforms continue to be used, as well as non-standard methods of purchasing hardware and software.

There are some very up to date portions of Health’s infrastructure, such as its completely virtualised desktop infrastructure. However, in general it seems like the department has let its technology systems fall behind.

Secondly, the complexity of the tender documentation issued by Health this week indicates that it is not very used to going through the IT outsourcing process from scratch. Its documents are complex and paint a picture of an IT organisation which has become a bit inflexible. It doesn’t appear yet to understand that it needs to move with the times and track the best practice way of conducting enterprise IT support; instead it’s kind of seeking an IT outsourcer to match its existing practices somewhat.

Given all this, I strongly believe that Health should switch IT outsourcers for this contract. I’m not suggesting IBM has done anything wrong under the current contract. However, I think some new blood here, some new thinking, and most of all forcing Health through the IT standardisation process that should be generated through a switch of IT outsourcers will be overall very healthy for the department.

For a long time, the Department of Health’s relationship with IBM has been a sore spot for technologists in the Federal Government. Everyone has known for a while that this situation needs to be remediated. There’s a long way ahead, but this first step that Health has taken is overwhelmingly positive. Let’s Paul Madden and his team continues to push strongly forward for positive change. The journey will not be easy — but it will be worth it.