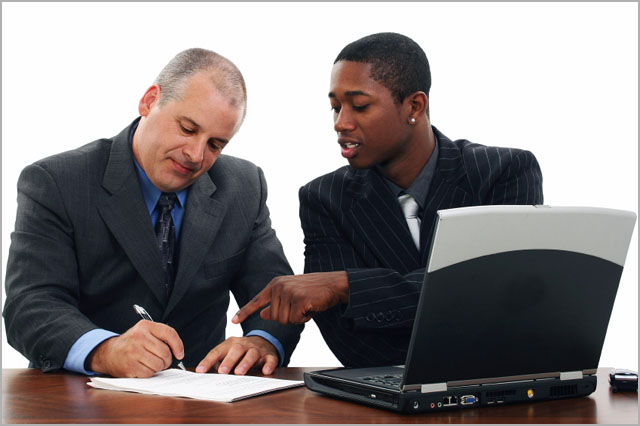 news The Australian National Audit Office this morning revealed it had renewed its extremely long-running relationship with US-headquartered IT outsourcer Unisys, in a move which will push the pair’s partnership close to the 20 year mark and raise questions about the degree to which the agency is engaging in competitive tendering.

The ANAO is a small Federal Government agency which provides audit and assurance services to the Parliament as well as departments and agencies. In the 2012-2013 financial year the organisation had some 373 staff.

In a statement today published by Unisys, the agency revealed that it had re-signed the IT services giant to provide an expanded range of IT managed services. The new services Unisys will provide under the contract include extended service desk hours to accommodate the agency’s increasingly mobile workforce and help ANAO workers through high-intensity periods, such as the end of the financial year. Unisys will also provide support for a broader range of business applications.

Unisys will continue to provide the federal auditing agency with desktop and infrastructure support; local area network and security administration; desktop asset management; and services such as change, problem and incident management. Unisys will also continue to manage collaboration and effective working relationships between all ANAO internal and external service providers in the role of Multisourcing Services Integrator.

According to the statement, the new three and a half year contract extends Unisys’ existing 16 year managed services relationship with the ANAO. The deal was last renewed in April 2009, with the ANAO achieving 12 percent savings from the arrangement following a competitive tender.

Since that point, Unisys has used Information Technology Infrastructure Library (ITIL) practices and policies as part of a program to improve quality and efficiency of service delivered to the ANAO, according to the pair. Use of ITIL has enabled Unisys to deliver significant benefits for the ANAO’s users. For example, in 2013 the proportion of user issues resolved at the first call to the service desk was improved by 10 percent and the number of backlog incidents was reduced by two-thirds.

“Engaging Unisys as our IT services partner has enabled us to continually reduce costs in today’s tough economy and deliver our audit services more efficiently to some 300 government bodies. Using the ITIL framework to centralise and align our workflow processes and systems has helped create a more efficient organisation and increased end-user satisfaction,” said Gary Pettigrove, chief information officer of the ANAO.

The ANAO has embraced mobile technologies so that auditors, who are often required to be on-site at various government agencies, can work more effectively away from the office. To address the changing technology and operational needs of a mobile workforce, Unisys worked with the ANAO to develop a mobility support service for iPhone, Android and Blackberry devices providing authorised personnel with secure remote access to protected ANAO data.

“We are delighted to continue working with ANAO and together will seek further improvements in the overall end-user experience for ANAO staff. By increasing the proportion of user issues resolved at the first call to our service desk, we can improve the user experience while reducing ICT support costs,” said Scott Whyman, vice president and general manager, Global Managed Services Asia Pacific for Unisys.

The news comes as questions continue to be raised about the degree to which Federal Government departments and agencies are following procurement rules when it comes to long-running IT services contracts.

The Federal Department of Health and Ageing, for example, has repeatedly renewed its long-running IT outsourcing arrangement with IBM, which dates back to 1999. A number of major IT outsourcing contracts signed in the late 1990’s and early 2000’s, when the Federal Government first opened up its IT operations to comprehensive outsourcing contracts, are also still in place at other government departments. Procurement rules state that departments and agencies are required to put major contracts out to competitive tender on a regular basis.

opinion/analysis
20 years’ worth of IT outsourcing from the same supplier? For a Federal Government agency? Well, there’s two ways to look at this.

On the one hand, that represents extraordinary stability. Changing IT outsourcers is a bit of a nightmare, and the ANAO has avoided the instability and period of change associated with such an exercise. In addition, the organisation has definitely been able to achieve value for money from the Unisys relationship; just look at the way that the agency was able to publicly state it had saved 12 percent costs on its Unisys relationship after putting the deal out to competitive tender back in 2009. And it is following the competitive tender rules, which not all departments appear to be doing.

However, there’s also an argument to be made, and it’s an argument that I would make, that the ANAO in particular, as a centre of best practice, isn’t necessarily sending the best signal to the rest of the Federal public sector by sticking with Unisys for two decades. IT service delivery has changed to a massive degree in that period. I would hope that the ANAO is at least seriously looking at other options, both other outsourcers and other methods of IT service delivery (perhaps cloud computing), and has documented its consideration of such alternatives.

Because if there is one thing that I know the ANAO loves, after reading hundreds of its reports over the years, it’s an audit trail ;)