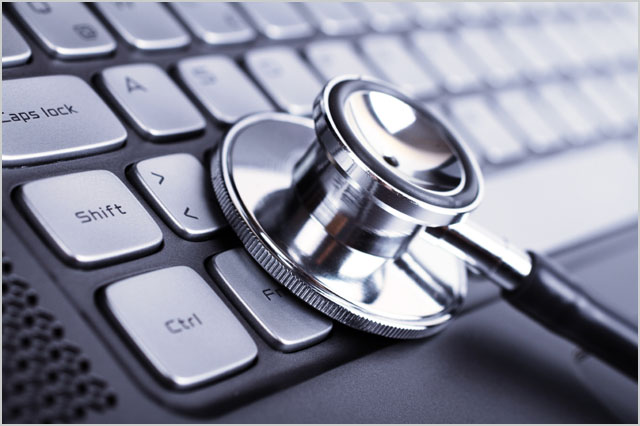 news The Federal Department of Health and Ageing (DoHA) has gone to market for an advisor to develop a strategy for its future information and communications technology needs, in a move which is likely to see it examine a key IT outsourcing contract with IBM which has not been formally tested in a tender process since it was signed in 1999.

In tender documents released this week, the department noted that it was a moderately sized department in Federal Government terms, with some 4,000 staff located in Canberra and a further 1,000 located nationally, in addition to some 19 portfolio agencies which DoHA provides services to (including some IT services).

The technology needs of those staff are serviced by a number of major contracts, worth in total in excess of $32 million per year, with the prime IT outsourcing relationship held by IBM and Health’s telecommunications needs provided by Telstra, Optus and Verizon. In its tender documents, Health noted that all of its current contracts would require market testing and “possibly transition” between July 2012 and June 2015.

At least one of those contracts, the IBM deal, has not been put out to public tender since it was first signed in 1999. It renewed that contract in December 2010 after initially denying that it had done so, and in the context of significant media pressure from outlets such as iTNews, which has pointed out to Health that significant government contracts are required to be market tested through the tendering process regularly, to ensure departments are obtaining value for money.

“The successful tenderer will be required to analyse current ICT services provision arrangements including scope and structure of existing contractual arrangements, service charging, governance, and service levels,” the document noted.

“The successful tenderer will also be required to engage with and coordinate feedback from key stakeholders to establish the future business context in which the market testing of ICT services will occur, including the business drivers and constraints, and the lessons learned and perspectives on required improvements. The successful tenderer will also need to engage with the ICT industry to assess the optimal technology delivery options in order to advise on the optimal balance between cost, outcome, efficiencies and risk.”

It is unusual for sizable departments such as DoHA to require an external organisation to develop its IT sourcing strategy, with such a strategy more normally developed by the in-house office of the chief information officer.

DoHA does have such an office — the Office of the chief information knowledge officer, as well as a centralised IT function which it describes as being responsible for the provision of the majority of its networked and shared IT services; and it also has discrete IT functions within certain line of business areas.

DoHA’s current chief information knowledge officer is Paul Madden, who was appointed to the position in December 2010. Madden’s biography on DoHA’s site states:

“Prior to joining the Department of Health and Ageing, Paul was the Program Director of the Standard Business Reporting (SBR) Program led from the Australian Treasury from 2007 – 2010. SBR revolutionised business reporting to 14 agencies (including the State Revenue Offices) and was a significant change program for all involved. Prior to this Paul managed the “Business Solutions” area of the Tax Office, which provided a design service for all new policy and administrative changes across the Tax Office all the way from user experience to business processes and systems design.”

“It developed and used “user based design and testing” techniques to ensure the practical policy outcomes of all change activities were delivered by all projects, and meting the expectations of internal and external users. Paul has also managed the ATO IT Applications Development function, involving about 1,000 staff and contractors and has managed several large tax reform projects including the delivery of Australia’s Tax Reform in 2000.”

In its tender documents, DoHA also provided a substantial amount of detail about its current IT operations. The organisation’s IT environment is composed of:

“As a policy and program management organisation, DoHA relies primarily on the end user computing and midrange platforms, with a lesser dependence on IBM Mainframe. The applications environment is primarily based on a midrange platform. The midrange platform is Windows and Linux based, although Linux for Application Servers is becoming more predominant. The majority of the midrange and end user computing environment is virtualised using VMware, and where practical, all servers and desktops are virtual. Core Systems Application development, maintenance and support for DoHA applications are provided internally, with assistance from third party developers for specialist applications.”

IBM also revealed in late 2010 that it would be conducting a desktop PC virtualisation program for DoHA. At the time, Big Blue said: “Commencing in the first half of 2011, IBM will deploy a virtualised thin client desktop solution across the entire department, enabling the movement of staff and workloads at a moment’s notice, whilst lowering technology support costs and increasing network performance.”

opinion/analysis
If I were one of IBM’s competitors — say, Fujitsu, HP, CSC, Unisys or so on — I would more or less take it as a given right now that Health will be likely to source a new core IT services partner in its next round of outsourcing before mid-2015.

There has been significant public pressure on Health to publicly test its decade-long relationship with IBM, and I am sure that there has also been significant private pressure on the organisation from groups such as the Australian Government Information Management Office, which oversees central IT strategy for the Federal Government. I would also not be surprised to learn CIOs from major departments such as the Australian Taxation Office and the Department of Human Services had had a quiet word to senior IT officials and other bureaucrats in Health about the issue.

At the very least, over the next few years, Health will need to put its IBM contract out to formal tender. I anticipate that its approach to the market this week looking for advice on its future IT sourcing strategy will also go a long way towards addressing criticism of its approach with IBM. At the very least, even if IBM does continue to hold the primary IT outsourcing account at Health, Health will be able to use the research produced by its advisor to somewhat justify its approach.