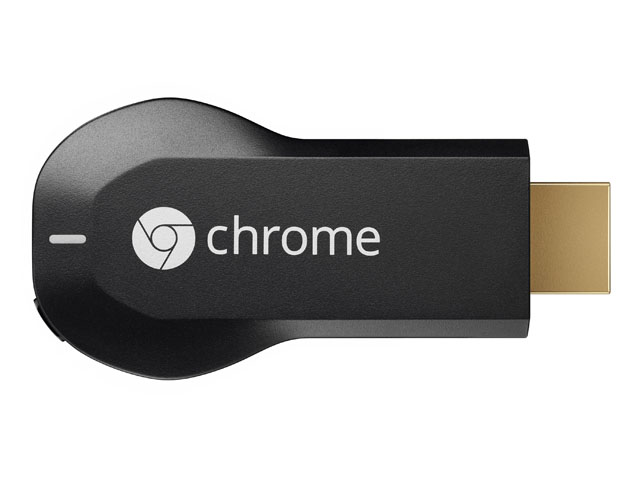 news Almost twelve months after the USB dongle went on sale in the US, Google has finally made its Chromecast TV connector available in Australia.

The device is fundamentally a USB dongle which plugs into your TV and allows users to control videos being played on the TV via other devices such as Android and iOS mobile phones and tablets, and laptops running Windows, Mac OS X and ChromeOS. Its most direct equivalent in the Apple ecosystem is most likely the Apple TV, although that unit has a larger footprint and enhanced functionality and flexibility due to its greater size.

In Australia, the device has gone on sale through Google’s Play store online or through select JB Hi-Fi and Dick Smith stores nationally. Australians will be able to pick up the device for $49.

In a blog post published overnight, Google Chromecast product manager Raunaq Shah said over 40 percent of YouTube views in Australia came from mobile devices and 90 percent of people switched between four deices each day, meaning the Chromecast could help Australian mobile content lovers bridge the gap between their devices and their TV.

In Australia, Chromecast currently supports YouTube, Google Play Movies and Google Play Music, as well as apps from partners like Pandora. Foxtel has also announced that its Presto IPTV/movies service will be available on Chromecast from July, while IPTV rival Quickflix has also announced that Chromecast availability for the company’s Android and iOS apps is coming soon. The ABC’s iView app is also reported to be available.

In its review of the Chromecast published in July 2013, US technology site The Verge wrote that the Chromecast was the simplest, cheapest and best solution for getting a browser window open on a television screen, although it had a ways to go to catch up with third-party developer support for Apple’s rival AirPlay platform. “… if you’re the type who routinely watches things on a laptop and just wants an easier, cleaner way to get those things on a TV, the Chromecast is a no-brainer,” the site wrote.

Australian Android site Ausdroid has also published a guide to getting the popular US-based IPTV platform Netflix working on Chromecasts in Australia. Netflix does not currently support Australian viewers, but there are various workarounds for access to the platform.

opinion/analysis
The extremely delayed launch of the Chromecast in Australia represents yet another small step forward in the nation’s prolonged transition to IPTV. For those who have a relatively modern TV and want a cheap and easy way to access things like YouTube on it, it’s a fantastic option. But for the rest of us, who’ve had a full PC or other media centre plonked under our TV for the past decade so we can watch things such as YouTube and Crunchyroll, it’s not going to be that interesting. This ain’t the revolution yet, people — but it’s another sign that it’s gradually coming.