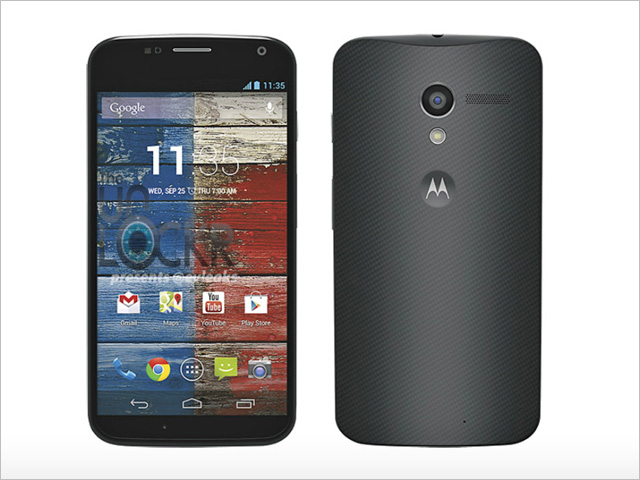 blog Remember when Motorola was a Google subsidiary and not in the throes of being acquired by Chinese company Lenovo? Remember in early August last year when the company announced what looked like at that point as being a fantastic new Android handset, in the form of the skin- and colour-changing Moto X? Yeah, good times, good times. Well, even though multiple other high-level Android and iPhone handsets have been launched since August, Motorola has finally gotten organised enough to send a few Moto X units Australia’s way. CNET.com.au tells us (we recommend you click here for the full article):

Honestly, it’s incredibly hard to believe how quickly the hype wheels fell off this phone. When it launched, as The Verge made clear at the time, the radical new ability to customise the Moto X’s physical form with different colour and texture combinations, all fuelled through a customised factory in the US, made it seems as though the Moto X was going to change the way we bought mobile phones forever. Eight months later, however, with most of those combinations not available in Australia, and with other top-shelf Android models such as the Galaxy S5 launching and the Nexus 5 in wide availability locally, the hype around the Moto X seems a little farcial.

This situation just reinforces my view of the smartphone market — that it is rapidly consolidating down to just a couple of meaningful vendors, with most of the rest unable to achieve the scale to truly compete in a massive global market. Most people I know are almost exclusively buying either Apple or Samsung smartphones right now, although quite a few people (myself included) so prefer Google’s Nexus line over Samsung’s Galaxy S or Note models.

At a very basic level, when it comes to smartphones, Motorola is just not able to keep pace right now. By the time its new handset launches outside its home country, the market has moved on. Tim Cook’s radical reformation of Apple’s supply chain through the 2000’s continues to look just as visionary as the smartphone designs cooked by up Jony Ive, Steve Jobs and the many other influential Apple figures who helped make the iPhone a reality. And of course Samsung, a key supplier to Apple, learnt its lessons from that process well. These days, it looks like the only rival company which can keep up.