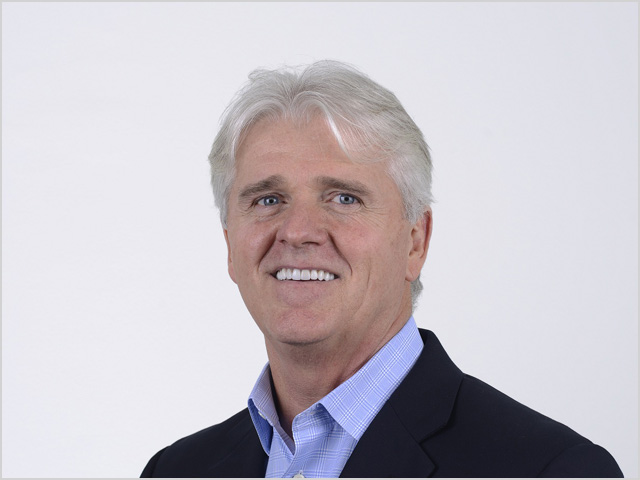 opinion Those opposed to the Coalition’s rival broadband policy must not step over the line into offensiveness in their pursuit of NBN Co chief executive Bill Morrow over past failures at US utility Pacific Gas & Electric. The better path of valor would be to treat Morrow with the same level of respect and dignity that his predecessor Mike Quigley deserved, but never got.

It’s a spectacular day outside in Sydney today — unseasonably warm, with a bright sun high in a cloudless sky. Our beaches will be packed with those enjoying the sunshine and glorious water. But inside the halls of power of Australia’s telecommunications industry, an odious stink of revenge has started tainting the fresh air. Dark thoughts have started circling and the outlook is stormy.

The cause of the stink is the news which The Guardian broke late on Friday night that Bill Morrow, the executive hand-picked by the new Coalition Government to revamp Labor’s National Broadband Network project in its own image, had been named in a wide-ranging shareholder lawsuit over a series of tragic events at his former employer, Pacific Gas and Electric.

You can read the legal documents yourself (PDF), but the basics of the case are pretty clear: Throughout 2008 and 2010, a series of unfortunate accidents in the San Francisco utility’s infrastructure had tragic consequences; killing a total of nine people and damaging about a hundred homes.

Morrow had a short-lived involvement with PG&E, having served as its president and chief executive for just two years from 2006 through mid-2008, with part of that time as chief operating officer. However, the executive’s tenure at the company came at a critical time; immediately preceding the accidents. And of course, he was rewarded handsomely for his efforts with more than US$8 million in benefits.

To the long-term observer of Labor’s NBN project, the revelation has more than a hint of deja vu about it. After all, Morrow’s predecessor at NBN Co, the company’s founding chief executive Mike Quigley, had barely been in his role for 18 months before a similar style of accusation was dredged up about his involvement in a similar case at his previous employer, then-US-based networking firm Alcatel.

Some of the specifics of Quigley’s situation were different. It was corruption in Alcatel’s South American divisions, not tragic accidents, that the US justice system was investigating. And although Quigley did hold a very senior US role at his company at the time, he wasn’t directly in charge in the same sense that Morrow was at Pacific Gas & Electric.

However, in a broad sense the thrust of the situation with respect to both executives is almost precisely the same. Both NBN Co chief executives have been accused of playing a pivotal role in wrongdoing with respect to a former employer in the US; both were named in legal action; and the competency of both to lead NBN Co will be called into question as a result.

Now, if you view matters from one point of view, it is entirely correct that Morrow will face questions about the Pacific Gas & Electric issue. NBN Co is engaged in a vast national construction effort, which Morrow is directly responsible for overseeing. This effort, lest we not forget, has already resulted in one fatality, and there will be countless small injuries associated with it in future. Any construction effort of this magnitude would face the need to ensure safety issues are paramount.

Morrow will be held personally responsible for any injuries to occur under his watch at NBN Co and rightly so. In this context, all stakeholders in the NBN process are entitled to question whether Morrow’s past history at PG&E demonstrates a callous approach to safety issues that will inform how NBN Co goes about its own construction effort.

However, at this time it is also important to remember that Morrow deserves to be treated with respect and dignity through this process.

NBN observers will recall that when Quigley faced the same situation, primarily throughout 2011 and 2012, the executive was savaged constantly by both then-Shadow Communications Minister Malcolm Turnbull and the Murdoch press in Austraila for his perceived role in Alcatel’s corruption scandal.

At the time, Turnbull has latched on to ongoing speculation by a small number of media outlets about a potential link between Quigley and what went on at Alcatel half a decade previously to launch a considered and deliberate campaign against the NBN Co chief, in an attempt to undermine and ultimately destroy his personal credibility as the man responsible for implementing Labor’s NBN policy.

Despite the fact that the evidence eventually completely exonerated Quigley of any wrongdoing on the issue, Turnbull never let up on the topic, and hounded the executive until his retirement shortly before last year’s Federal Election.

And even upon his departure, Turnbull couldn’t resist the opportunity to sink the knife deep into Quigley’s back, publicly and inaccurately claiming that Quigley was “fired” from his role as NBN Co chief executive, in comments which appeared to leave the Liberal MP open at the time to the possibility of defamation action.

I don’t know right now whether, or to what extent, Morrow was negligent in the PG&E case. The evidence thus far appears to show that the issues the US utility faced had more to do with a 15 year failure to invest in its infrastructure, rather than anything that Morrow personally did during his mere two years leading the company. And it is also true that this kind of shareholder lawsuit in the US, which is unfortunately pretty common due to the country’s litigious nature, usually paints with a broad brush, naming anyone of any stature who could be related even vaguely to the situation at hand.

We’ll definitely find out in time as the suit proceeds.

But the message I want to send to those already girding for war against Morrow over the issue is that you must not make the same mistakes Turnbull did when pursuing Quigley. You must not step over the line into offensive behaviour.

However, what would absolutely not be fine would be for the current Opposition or anyone else to undertake the same sort of disgraceful and baseless character attack against Morrow that Turnbull did in Opposition. It is not fine to play the man and not the ball, when it comes to NBN Co. Discussion about Morrow’s past roles needs to be based on evidence and not mere speculation. If Morrow gives satisfactory answers on the matter, as Quigley did, he should not be hounded persistently for his honesty and transparency.

Such an effort would be unsightly, as Turnbull’s attempted character assassination of Mike Quigley was unsightly. It would further undercut the stability of our already shaky democracy and rules of engagement for political and corporate life, signalling to other competent executives that leading a major government entity is akin to stepping in a pit of vicious vipers. As Gandhi famously said, revenge doesn’t work. An eye for an eye will merely leave the whole world blind.

Discussion about the National Broadband Network policy should also inherently be based on that policy, rather than taking the form of extended personality attacks against those enacting it. It is appropriate to question — as Delimiter has regularly questioned — the appointment process for senior executives involved in the process, as well as their actions in their positions and the actions of politicians.

But when commentary starts to stray beyond the available evidence and into conjecture, when discussion shifts from policy and towards personality, and when questioners refuse to take honestly given answers in the spirit of transparency in which they are provided, then the whole situation starts to stray into the kind of witch hunt which Turnbull conducted against Quigley. I would not see that situation repeated with Bill Morrow.

We’ve already seen Labor vowing to pursue Morrow over the issue in the Senate Estimates process which kicks off this week. Let me warn senior Labor figures — especially former Communications Minister Stephen Conroy, who has an acid tongue at times — that I will tolerate no offensive behaviour towards Morrow, just as I came down hard on offensive behaviour towards Quigley. This is a very serious game — so let’s respect its rules.

Lastly, I wish at this point to note that my personal opinion is that I strongly suspect Morrow will emerge from this process largely unscathed.

I’ve been dealing with the executive since early 2012, when he was appointed chief executive of Vodafone Australia. In that time, I have never found the executive anything less than 100 percent honest and transparent, and I have never seen a shred of unethical behaviour from Morrow. While I do not agree with all of the decisions that he has made at NBN Co, there is no doubt that he is acting with integrity and to directly meet the needs of the company’s many stakeholders.

I have a great deal of personal confidence and trust in Morrow. That trust is not base on bulldust and moonshine. It’s based on the only gold standard I know: Evidence of past behaviour. Everything Morrow has done at Vodafone and NBN Co so far exudes decisiveness, competence and integrity. It will take a lot to convince me that the executive has been involved in significant wrongdoing. Morrow has earned that. Let’s not throw his reputation away without serious just cause.

To some readers this commentary may sound counter-intuitive — why not treat Morrow the same way Turnbull treated Quigley. To those who are still thinking this I would ask you the following question: Do you want to be a better person than Malcolm Turnbull? Or do you wish to sink to his level?