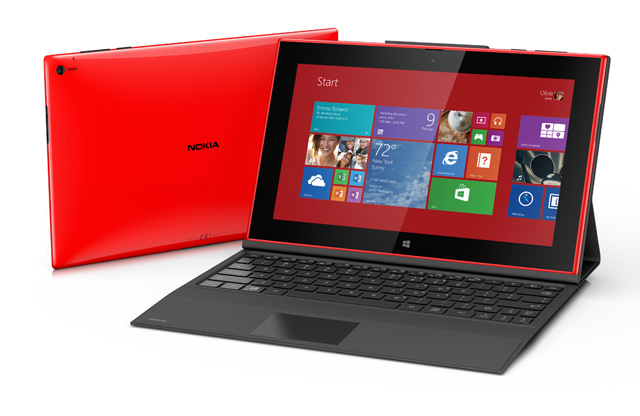 news Nokia this week revealed that its flagship Lumia 2520 tablet would be sold in Australia principally through the nation’s largest telco Telstra, but with a significant markup on the unit’s price which will see Australians slugged with around 56 percent more for the exact same product than United States buyers will pay.

The Lumia 2520 is Nokia’s attempt to match Microsoft’s Surface tablet series as well as Apple’s iPad and Samsung’s Galaxy Tab lines, and was conceived before the Finnish smartphone manufacturer was acquired by Redmind. The device ships with Windows RT 8.1 and featurs a 10.1″ 1080p full HD touchscreen, a 2.2GHz quad-core Qualcomm Snapdragon 800 processor, a 6.7 megapixel rear camera and a 1.2 megapixel front-facing model. It measures 267 by 168 by 8.9mm, and weighs 615g. It also supports 4G speeds up to 150Mbps down and 50Mbps up, and comes with 2GB of RAM, 32GB of internal memory and support for a microSD card up to 64GB.

In a statement released this week, Nokia said the unit would be available exclusively with Telstra online from today (6th May), and in stores nationally from 13th May.

The tablet itself has received solid reviews. US technology site The Verge, for example, rated the Lumia 2520 as “a really good device” that was only held by back by Microsoft’s controversial tablet-focused Windows RT operating system. However, it is in the Australian pricing that local buyers may baulk at buying the unit.

Apple’s similarly specified iPad Air sells for a similar price. The 32GB model with 4G support goes in Australia for $849, for instance. However, Apple does not mark up its products in Australia to the same degree that Nokia has with the Lumia 2520.

Steve Lewis, General Manager of Microsoft Devices in Australia and New Zealand said: “There’s growing demand for tablets that can perform as well in the office as they can on the sofa. The Lumia 2520 has the design, features, speed and apps that will make it invaluable for anyone who wants to work easy and play hard, without having to carry multiple devices around.”

Telstra’s Director of Device Management Andrew Volard said the launch of the Nokia Lumia 2520 is a great choice for Telstra customers who wanted the productivity benefits of a Windows PC and the flexibility of a tablet.

“We are seeing a growing demand from our customers for connected tablets, specifically devices that can be used for both work and play,” he said. “The Nokia Lumia 2520 combines great design and the popular Windows OS with the great connectivity of the Telstra Mobile Network, which has four times the 4G coverage area of any other Australian mobile network.”

“A bit under half of Australian small businesses, have most of their customers located more than 20 kilometres away. There’s huge demand to be able to work more flexibly on the go and at customer premises. With the Lumia 2520 connected to 4G, owners can work with ease and stay on top of emails as well as edit Word, Excel and PowerPoint documents.”

opinion/analysis
By all accounts the Lumia 2520 is a solid tablet. I don’t expect Nokia or Telstra to shift many units to consumers, but I wouldn’t be surprised if a few corporates picked it up as an alternative to the Surface. We’ve seen a few significant deployments of Windows 8-based Lumia models over the past several years in Australia, and the Lumia 2520 would make a logical extension of that trend.

In terms of the price hike, clearly it’s outrageous, and along the same lines as we saw when Telstra picked up Google’s Nexus 5 and started selling it for almost double the price customers could buy the handset direct from Google for.

However, given the price of competing tablets from Apple (and Samsung’s models aren’t too cheap either), I view the local prices more as a reflection of the level which Nokia believes the Lumia 2520 is actually worth. I suspect that its US prices for the unit are aimed at shipping a lot of stock in a large market rather than trying to make significant profits back; while I suspect Nokia doesn’t feel it needs to do the same in Australia.