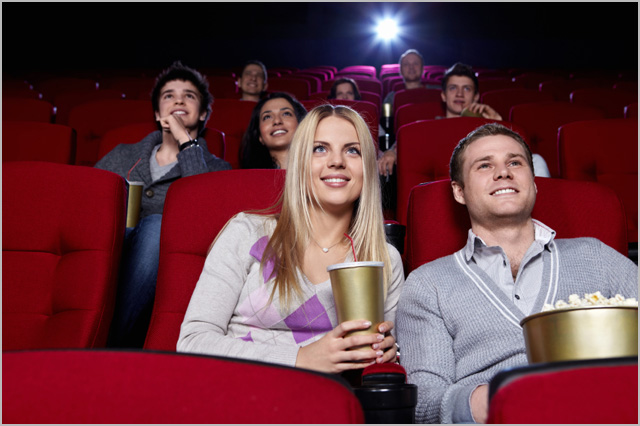 analysis In the last fortnight, senior executives from cinema operators in Australia, including Village Roadshow and Palace Cinemas, have come out defending their decision to raise movie ticket prices. But do their arguments hold water?

Already Australians pay a relatively high fee to see films on the big screen. A global analysis of the price of cinema tickets relative to GDP has found Australia’s most affordable city for seeing movies is Brisbane (ranked 31st in the world) with most other Australian cities hovering around the mid-50s (Melbourne, 52; Adelaide, 53; Perth, 54; Sydney, 55).

The justification put forward by the exhibition industry for ticket price increases essentially boils down to three key factors, the last two of which are connected: Higher labour costs involved in operating a cinema in Australia compared to other countries; The impact of illegal downloading; and lower attendance. Each of these arguments bears closer scrutiny.

Higher labour costs
The argument that Australia’s comparatively higher labour costs are influencing ticket prices is made by Graham Burke from Village Roadshow, who points out that: “In Australia we pay approximately $23 an hour for our people; in America, where we operate cinemas, it’s $8 an hour.”

But are we seriously to believe that the recent reduction to skeletal staffing at most mainstream movie theatres is somehow cause for increases in ticket prices? It’s true that in the US many people are paid very low wages; but these wage differentials are not new, so why are they now being mounted as a case for inflating movie ticket prices?

Illegal downloading
We then come to the vexed issue of piracy. Benjamin Zeccola of Palace Cinemas directly links downloading and file sharing to the need for increased ticket prices. Certainly the ease at which the latest titles can be downloaded and viewed online is bearing on the industry and contributing to diminished box office returns. But it’s not a straightforward equation.

In terms of quantifying the cost of piracy the industry cites figures from the commissioned report by Ipos and Oxford Economics that estimates piracy costs the Australian economy A$1.37 billion in revenue and that 6,100 jobs are lost from movie theft. But as Jordi McKenzie and W.D. Wallis found in their empirical investigation into the impact of file sharing on film revenues in Australia, over the course of 2010 and 2011, the effect illegal downloading had on revenues was actually far less than claimed.

Furthermore, as the ABC’s Nick Ross pointed out earlier this month, there is some evidence to suggest that illegal downloading often contributes positively to a film’s (or television series’) fortunes. Avatar (2009), which is one of the most successful films at the box office in recent years, also tops the list as the most pirated film of all time, with in excess of 21 million downloads according to Torrent Freak.

Low attendance
Certainly attendance figures from the most recent IBISWorld Report on Cinemas in Australia reveal that less people opt for a night out at the movies than previously. Between 2012 and 2013 cinema admissions in Australia fell by 0.7% to around 85.3 million.

Over this same time the Motion Picture Distributors Association of Australia (MPDAA) estimated that box office takings had fallen by 2.3% to $1.1 billion. Yet despite these falls, key operators have managed to return healthy profits through increased ticket pricing, especially in relation to “premium” screenings such as 3D movies, which are charged to consumers at a higher rate.

But this is not borne out by the evidence which suggests instead that movie audience motivation is highly differentiated and is becoming increasingly so. A 2012 survey by Screen Australia found that, when asked to identify the single most important reason for attending a cinema, “socialising” topped the list, followed by “tagged along with others”.

And although “cinema ambience” was further down the list of factors it was mentioned by more than 60% of respondents. This also underscores the importance of food and beverage offerings (rather than just ticket sales) to cinema sustainability.

By elevating the impact that piracy has on cinema attendance, other factors that also contribute to lower attendance and diminishing revenues are being ignored at the industry’s longer-term peril.

As many insiders suggest, piracy is also a response to the consumer’s desire for immediate access, as well as a growing perception that much screen based content, including film, is more enjoyable when viewed in the comfort of one’s own home. As such, the increasing size and affordability of large television screens in the home can also help explain why less people are going to the cinema.

Holding on to old business models and failing to recognise the needs and expectations of today’s content consumer is a fraught path. Digitalisation is here to stay. The technology that makes piracy possible equally represents part of the changed landscape in which the film industry now operates. Rather than bemoaning piracy and ramping up rhetoric in support of harsher penalties the industry needs to be more open to changing its distribution model.

In terms of exhibition it needs to take stock and look at how it can offer a superior or distinguishable experience to attract audiences, and particularly younger audiences back into the cinema. Raising ticket prices is certainly not the solution the industry, or its patrons, deserve.