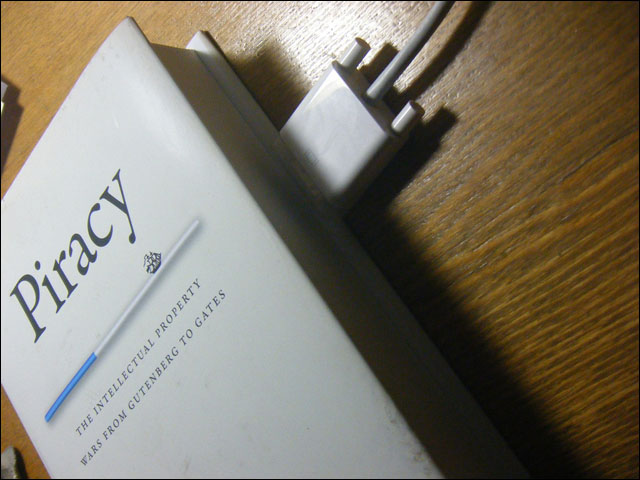 The Australian Federation Against Copyright Theft (AFACT) today published a report which it claimed showed movie piracy cost the Australian economy $1.37 billion in lost revenue over a 12 month period — as well as some 6,100 jobs.

During a conference held on the set of Stephen Elliot’s new comedy, A Few Best Men, at Fox Studios Australia, AFACT released the results of a study conducted on its behalf by IPSOS and Oxford Enconomics. The study (available online as a PDF) said practices related to movie piracy – such as illegal donwloading and streaming – caused a loss in revenue of $1.37 billion and of about 6,100 jobs in the 12 months up to July 2010.

At the event, according to a statement issued by AFACT, actor Roy Billing said educating people about the immediate financial impact of movie theft was a good start to motivate change in behaviour.

“$1.37 billion per annum in losses to the film industry is a staggering figure and suggests that we need to act urgently to stem the tide of movie theft,” he said. “At stake is not only the livelihoods of artists, technicians, laborers and service people, but the ability for Australia to compete as a leader in innovation and creativity”.

The $1.37 billion includes damages affecting other industries related to the film industry, as cinema owners, local distributors, producers and retailers lose direct consumer spending. The tax losses to movie piracy amounted to $193 million, as the study revealed over 90 million pirated movies were estimated to have been viewed or obtained within the analysed period.

AFACT Executive Director, Neil Gane, said the results showed movie piracy was detrimental for the whole Australian economy and therefore action should be taken urgently. “The economic damage also reverberates through our entire community, threatening all types of jobs and businesses,” he said.

According to the IPSOS study – which was conducted on a sample of 3,500 adults aged 18 and over – a third of the Australian adult population has participated in some form of movie theft, including under the word “theft” practices like downloading, streaming, digital transfer, physical procurement of illegal copies as well as borrowing or viewing anauthorised copies.

Producer Antonia Barnard told the press conference it was frustrating to know the efforts of producing a movie could be wasted by piracy. “There is a huge amount of creative and financial investment required, and it is a risky enough business without having to deal with the notion that all of that hard work and creative input will be worth nothing if your film is stolen,” she said.

At the end of January another report conducted by Internet Intelligence company, Envisional, purported to reveal that 23.76 per cent of all Internet traffic involved digital theft of copyrighted material, with application BitTorrent accounting for half of the stream of illegal material.

According to AFACT, Australia’s copyright industries were the third largest contributors as a percentage of gross domestic product in the world, while the Australian film and TV industry supports 50,000 jobs. AFACT’s Gane reiterated movie theft could compromise the resources of the Australian film industry.

“The film community is no different than any other sector of the economy that relies on skill, investment and hard work,” he said.