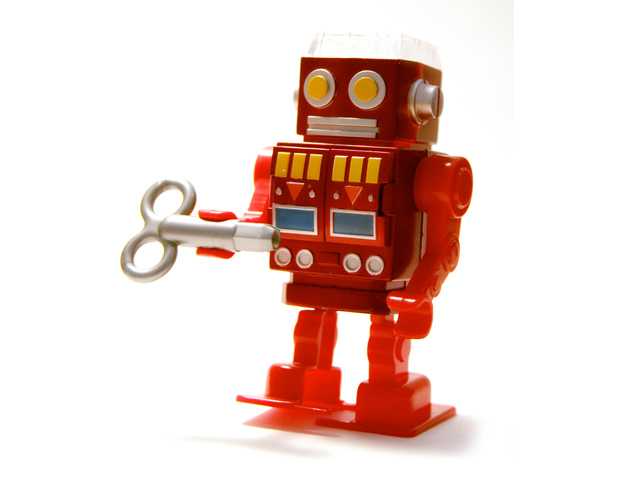 This article is by Shannon Pace, a local government ‘IT Crowd’ impersonator (you choose which one). He was around before the internet began and was there when NCSA Mosaic was king of browsers. Shannon can’t be found on Twitter, and is always on the lookout for interesting podcasts. The views expressed here are his own, thankfully.

opinion I am constantly wondering why media companies (music, TV and film), particularly Australian companies, are so afraid of new technology.

It is commonplace now to read articles in IT-related blogs and journals about this media company or that media company launching lawsuit after lawsuit, trying to combat the pirates who so gleefully rape and pillage the media industries of their hard-earned money.

Don’t get me wrong, I am not saying for one moment that piracy is an acceptable practice. It’s not and should be stopped. However, what our media companies should take from the popularity of piracy, even in Australia, is how this new medium (the big, bad Internet) can be used as a distribution channel for the new generation of media consumer.

When talking about the new distribution channel, I am largely talking about BitTorrent technology, but it applies to downloading media in general over the internet.

From my personal experience, the ‘pirates’ that I know are small fry, just grabbing TV shows, music and films for their own personal use and not for mass scale distribution. On asking these ‘pirates’ why they choose to participate in this type of activity, three themes become abundantly clear; Firstly, this type of media consumption is easy, secondly, it’s cheap and finally, it allows for easier viewing on a multitude of devices, both in the home and on the move.

Upon asking these consumers if they would pay for such media if this type of distribution model was more commonplace, more often than not the answer is yes, as long as the price was reasonable.

Here’s one idea on how this can be achieved: What if the Seven Network, for example, launched a new service where for $5 a month, subscribers could download their favourite TV shows in acceptable formats to watch in their own time, with an advertisement or two built in. Up the price to $10 and you could offer these same programs, advertisement-free and in full High Definition (if and when available), all the while using BitTorrent technology to deliver it to users.

This would allow users who are already familiar with torrenting technology to consume their chosen media without fear of reprisal and be able to enjoy it on a multitude of devices.

Here’s another idea: What if Channel 9, in partnership with Fox Sports, came up with a combined offering where for a yearly fee (say, $50), they would stream every game of the National Rugby League season over the internet and subscribers would be able to watch every game live, on the device of their choosing. Maybe, those who didn’t need or want to watch every game live, could pay a few dollars less per year and be able to download every NRL game as soon as it was completed, with a couple of ads thrown in.

Here’s one more idea: A media distribution company could be set up specifically for the purpose of offering film downloads and distribution over the internet. When a film is released at the cinema, it could also be offered as a stream over the internet at the same time, for a cheaper price than going to the cinema. In conjunction to this, a subscription model could be set up so consumers could pay a yearly fee and in return, they are able to download high quality movie files in different formats to be watched at the consumer’s convenience.

These types of models could apply to just about any media. I am well aware of the popularity of iTunes, but this type of distribution channel and subscription model would be a simpler and more effective option, in my opinion. Australia-based companies could sign distribution deals with the large movie studios and music companies, no matter where they were based, and also provide a useful vehicle for smaller studios, independent bands and documentary film-makers.

To those that would be concerned about piracy increasing because of these types of files being available, I say that piracy has been around for a long time. VCR’s, DVD and dard drive recorders have been in use (and still are) for longer than the internet has been around (in the case of VCRs) and it didn’t stop TV shows being popular and advertising revenue increasing year on year.

My ideas would not stop piracy; I am not naive enough to think that, but if people are given the option of a simple, easy and useful distribution channel, I would be surprised if they didn’t embrace it with open arms.