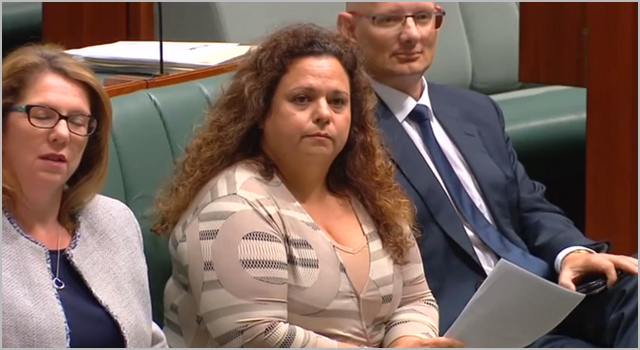 news Shadow Assistant Communications Minister Michelle Rowland has published an opinionated article arguing strongly that upload speeds represent one of the key aspects of Australia’s current and future broadband needs and that this issue has been almost completely overlooked under the Coalition’s “dog’s breakfast” Multi-Technology Mix model for NBN Co’s rollout.

Under Labor’s previous NBN policy, some 93 percent of Australian premises were to have received fibre directly to the premise and the remainder satellite or wireless. Fibre to the Premises, as a technical model, allows very high upload speeds. Current retail NBN plans, for instance, allow upload speeds of 40Mbps on 100Mbps plans, while the long-term migration to gigabit speeds will allow upload speeds of 400Mbp.s

However, NBN Co’s Strategic Review published in December last year changed the paradigm, with the company recommending (and the Coalition formally supporting last week) a vision in which up to a third of Australian premises will be served by the existing HFC cable networks of Telstra and Optus, with Fibre to the Node and Fibre to the Basement used in other areas not already covered by Labor’s FTTP approach. Satellite and wireless is to be used to cover some rural and regional areas as under Labor’s previous plan. This new model is known as the “Multi-Technology Mix” (MTM), or “the Coalition’s Broadband Network” (CBN).

All of the alternative technologies offered under the MTM/CBN model suffer from more inherent limitations than Labor’s FTTP model, although recent advancements have helped push upload speeds to higher levels than previously thought possible.

In an opinionated article published on the MP’s website last week, Rowland took the Coalition’s model to task for its lack of focus on upload speeds.

“For all the Minister’s flip-flopping over the past few days and the subsequent reporting, one of the key aspects that has largely been overlooked is the issue of the upload: its speed, quality and availability,” the Shadow Assistant Minister wrote.

“While Tony Abbott equates broadband infrastructure investment with a video entertainment system and thinks Malcolm Turnbull invented the Internet, one would have hoped his Minister might have acquired some appreciation of the importance of the upload. But throughout the whole NBN debate, the issue of the upload has taken a back seat. In fact, in his whole time in Parliament, the Minister for Communications has only mentioned the word “upload” once.”

“And indeed, the Government’s decision this week to lock Australia’s broadband future into a multi-technology mix approach, despite foregoing its once sacrosanct prerequisite for a cost-benefit analysis, does more than just expose the Minister’s rank hypocrisy.”

“In its new Statement of Expectations, the once explicitly promised delivery of 25 Mbps download speeds by 2016 has been refashioned as a “policy objective”. The download promise broken, one looks to the upload. All we are given is a parenthesised objective of “proportionate upload rates”. What does that even mean? It means Tony Abbott and Malcolm Turnbull have sold Australia down the path of least innovation.

Rowland referred to an infamous quote given by Sir William Preece, the chief engineer of the British Post Office, in 1876. At the time, Preece said: “The Americans have need of the telephone, but we do not. We have plenty of messenger boys.” The Labor MP said: “Adjusted for real time, Malcolm Turnbull basically said the same this week … Ours is a messenger boy future.”

Rowland said during the Coalition’s time in Opposition, it had focused solely on download speeds. Yet, she added, anyone with interest in the ICT sector knew that the big gains in national productivity are achieved by the highest quality, ubiquitous broadband infrastructure with the capability for correspondingly high upload speeds.

Rowland pointed out that she had said in her first speech to the Parliament on 29 September 2010:

“In 10 or 20 years our children will look back on the current debate about the NBN and will be shocked by the short-sightedness of some of the views expressed about the NBN today, particularly the commentary that is fixated on the download path: the false assumption that the NBN is merely a matter of faster emails or web-surfing. The reality is the NBN is not about the download. It is all about the upload.

It is about a whole new category of enhanced services and applications that can only be achieved on a high-speed broadband platform that requires speeds only fibre technology can give—services and applications that have not even been invented yet. We have a glimpse today of what some of those applications will be, and they are positive. In the area of health, they include online medical consultations, remote diagnosis of electronic medical images and in-home monitoring of elderly people and sufferers of chronic disease.”

“Nearly four years later,” she said last week, “an appreciation of (and strategy for) harnessing the value of the upload for such transformation remains absent from the Abbott Government’s agenda and the column space of most commentators. Which is actually strange when one considers we are now in the user-generated content era: photos, video, commentary, applications. Don’t forget about cloud computing and video conferencing, all inherently symmetrical in their bandwidth requirements. The basic rule that download speeds are given preferential treatment over the upload is breaking down, as the gap between downloading and uploading diminishes.”

Despite this, Rowland said, it was “just not technically possible” to get decent upload speeds on today’s fixed broadband networks.

“And if Turnbull gets his way, that’s the way things are going to stay,” the MP said. “VDSL and HFC, the key tenets of his multi-technology mix, are inherently biased towards the download. This in itself exposes the utter folly of any government to formulate policy based on limited predictions of the level of demand that exists now and what it will be in future. If history has taught us anything, it’s that the William Preece view of technology is a dud.”

“Australia had the opportunity to be at the head of the curve of this upload-driven transformation. We can again, but it won’t be by virtue of a dog’s breakfast of rotting copper and an existing cable network that even its owners admit is not up to the task.”

Rowland said in general that developments in the telecommunications industry over the past week with respect to Minister Turnbull had been “farcical in their lack of consistency”, with a “litany of broken promises”.

“It would almost be humorous if it wasn’t so depressing, topped off by the Minister’s recent performance on Lateline,” she said, “which confirmed that, for all his talk, he really doesn’t care about improving broadband quality and access in Australia.”

“This Government has been in office now for 7 months. It’s a year since Tony Abbott stood by an awkward-looking Malcolm Turnbull and promised universal 25 Mbps by 2016. Meanwhile, I still receive a steady stream of complaints from local residents who can’t access “broadband” using anything other than a dongle – wireless broadband of unreliable quality and prohibitive cost; no ADSL and no cable access. And no improvement in sight. Yes Minister, these people do exist and there are lots of them.”

“The only difference between now and 7 months ago is that they have fallen off the NBN rollout map, left to rely on messenger boys.”

opinion/analysis
Rowland’s precisely right: If you examine all the trends, they consistently point towards the rise of the need for greater upload speeds (sometimes even in parity with download speeds) as a core tenent of the future development of broadband networks. The demand is often coming from businesses, but a lot of it is also coming from consumer-land, especially with platforms such as YouTube gaining traction. If you’ve spent any time uploading any video online, and I suspect that most people have these days, then you’ll know that as you do so, you quickly become aware just how large the disparity between upload and download speeds currently is.

The obvious answer to this criticism is to point out that recent developments in both the HFC and FttX arenas have shown that higher upload speeds can be achieved through these network rollout methodologies than was previously suspected. In addition, while upload speeds are important, it should be apparent that it is going to take a long time and a great deal of technological development before they are as important as download speeds. These are legitimate replies to Rowland’s comments.

However, if you extend the debate over the long-term — say, 10 to 20 years — rather than the short or even medium term, Rowland’s comments start to look increasingly more valid. In 10 years, with ubiquitous, wall-sized high-speed videoconferencing between every business and government premise and many homes, will we really be willing to settle for inferior upload speeds? I really don’t think so.

And this is the point. Labor’s NBN policy, and even the Coalition’s CBN policy, should not be about short- or even medium-term vision. The copper network which Australia relies upon right now for most of its telecommunications was built progressively over a century. Rowland’s point — and she is objectively right — is that the upgrade of that network to fibre needs to look over a similarly long period. In the long-term, the only fixed broadband technology that matters is fibre — and we should be heading directly that way as a consequence. The quicker we get there, the better for Australia’s long-term economic forecast.

And let us not forget, even according to NBN Co’s own Strategic Review, the difference between the Coalition’s MTM mix option and a full FTTP rollout is only a few years and a few billion dollars. In the long-term, one suspects we will come to see that amount as pocket change and the increased time frames as insignificant.