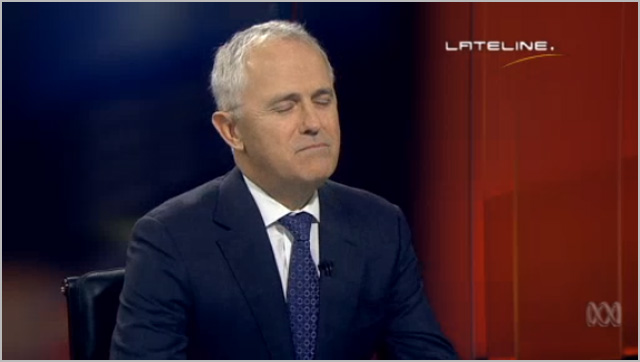 news Communications Minister Malcolm Turnbull, who has direct responsibility for setting and administering telecommunications law and regulation in Australia, has again refused to clarify whether national broadband company TPG is breaking the law by deploying its own Fibre to the Basement infrastructure in competition with NBN Co, seven months after the move was first revealed.

In September last year, TPG flagged plans to deploy so-called fibre to the basement infrastructure to some 500,000 apartments in major Australian capital cities, in a move which will compete directly with the new Coalition Government’s plans to conduct similar rollouts under the Coalition’s Broadband Network (CBN) rollout, formerly known as Labor’s National Broadband Network (NBN) initiative. Shortly after, Optus, Telstra and iiNet confirmed that they were investigating similar options.

NBN Co executive chairman Ziggy Switkowski told the NBN Senate Select Committee in mid-March that the FTTB rollout plans had the potential to have a “quite severe” impact on NBN Co’s finances, causing a revenue hit of up to 10 percent. In late March, TPG revealed it had already started deploying the FTTB infrastructure.

Over the past seven months since the plans were first revealed, and despite the fact that the TPG FTTB rollout has begun and that as Communications Minister he has direct responsibility for setting and administering telecommunications law in Australia, Turnbull has repeatedly refused to say whether TPG’s rollout breaks the law or not.

Shortly after the FTTB plans were revealed, Turnbull appeared to call the legality of the planned FTTB rollouts into question, adding that the issue would be examined by the Panel of Experts conducting a cost/benefit analysis of broadband and associated regulation (the Vertigan Review). The review is not expected to be delivered until later this year.

In an interview on the ABC’s Lateline program last week (we recommend you click here to watch the full program; there is also a transcript), the Minister again refused to directly say whether TPG’s rollout breached the law. Asked directly about the issue by host Tony Jones, Turnbull appeared to take contradictory positions without coming to a final conclusion on the topic.

“I just want to be quite clear about this,” the Minister said. “[The NBN was] was set up to be a monopoly and that enables it to be protected, if you like, against people cherry-picking the more affluent or prosperous areas. Now there is a panel chaired by Mike Vertigan at the moment which is looking at some of these regulatory issues because there is a powerful case to say, ‘Hang on, why are we creating a great, big government-owned monopoly?'”

Asked specifically by Jones about the TPG issue, Turnbull said: “TPG has got to comply with the law and there’s an open question as to whether what they’re proposing to do is consistent with the legislation … If they’re able to do that in accordance with the law as it stands, that’s one thing, but the – we’re looking at it very carefully and – both as a government – both as the Department of Communications, I should say, and myself as the minister and also the Vertigan panel is looking at it.”

Despite Turnbull’s comments, it is very clear what TPG intends to do with its rollout. Courtesy of its existing PIPE Networks business, TPG has extensive fibre infrastructure in built-up areas of major capital cities throughout Australia. In its briefing documents issued in September 2013, the company said it would be “leveraging and expanding our existing fibre network” to deploy “fibre to the building” in Sydney, Melbourne, Brisbane, Adelaide and Perth. The ISP has “500k units currently in design”.

In late March the company said its FTTB rollout was “progressing”, with the construction phase in progress in Sydney (Pyrmont, Ultimo and the Sydney CBD), Melbourne (Southbank, the Docklands and the Melbourne CBD) and Brisbane (Fortitude Valley and the Brisbane CBD). TPG had already signed up live trial customers, the company said.

opinion/analysis
If you are interested in the NBN issue at all, and I know that many Delimiter readers are, then I highly recommend you watch the Lateline interview with Turnbull last week. I considered it simply extraordinary. The Minister appeared to take several contradictory points in the same interview with respect to the TPG situation, pointing out both that Labor’s NBN was designed as monopoly infrastructure which needed to be protected against precisely the kind of cherry picking which TPG is proposing, as well as highlighting Turnbull’s own personal view that infrastructure-based competition is a good thing in the telecommunications sector.

As has been highlighted several times before, Turnbull is in something of a bind on this one, with powerful forces pushing him both ways.

On the one hand, there is the need to maintain NBN Co’s financial viability. Despite Turnbull stating on Lateline that the NBN project is “not a commercial project”, it is very much apparent that the Coalition Government needs to maintain it as such, or risk the money that it is investing in NBN Co coming home to roost on its balance sheet. NBN Co also needs to maintain its commercial nature in order to pursue its cross-subsidy model, where profitable city dwellers subsidise infrastructure in the bush. This is a very serious issue for the Government.

On the other hand, of course, and as I have pointed out, TPG’s FTTB rollout is very real, it is here now, and customers are being signed up. Turnbull has personally stated many times that he is in favour of private sector investment in the telco industry, and it remains true that TPG’s rollout (and, potentially those of Telstra, Optus and iiNet) will deliver faster broadband to many Australians in city areas quicker than NBN Co will be able to.

It would be highly unsightly for a Coalition Communications Minister to block private sector telco infrastructure rollouts to protect a government monopoly.

There are no good answers here for Turnbull, which is why he is dithering in the middle of both arguments, taking up neither for the time being. Either approving or denying TPG’s FTTB rollout will have serious consequences for the government. And what’s more, time is also a factor. TPG’s rollout is now going ahead, and you can bet that Telstra, Optus and iiNet are prepping their own rollouts. The industry is moving ahead on this issue and will, I suspect, shortly take this choice away from Turnbull. And of course, it is ultimately all Turnbull’s fault: This situation would not have come to pass if the Coalition had not started drastically modifying Labor’s NBN policy.

The extraordinary thing about all this, however, is not that we’re seeing a Minister dither between two courses of action. That happens regularly in Government. The extraordinary thing is that Turnbull, supposedly Australia’s highest authority on communications law, appears completely unable to interpret that law and deliver a precise judgement on whether what TPG is already doing is legal or not.

Let me state this baldly: Minister Turnbull has had seven months — seven months! — to decide whether TPG’s FTTB rollout is legal or not. He has the resources of a huge government department and other departments such as the Attorney-General’s Department behind him to help him with that task, as well as regulators such as the ACCC. And yet he still appears unable to decide what his view is on the situation.

It is simply unbelievable that Australia’s highest authority on communications law is refusing to say whether a major network rollout already happening is illegal or not. I wrote last week that it feels like everything to do with NBN Co could turn on a dime, depending on what Turnbull ate for breakfast on a certain morning. Well, we are certainly seeing that here. It is the job of Ministers to regulate industries they are responsible for, as well as interpreting and setting the law in their area. If the Earl of Wentworth can do neither, as the TPG example very squarely demonstrates, then perhaps he had better reconsider his position as a Minister.