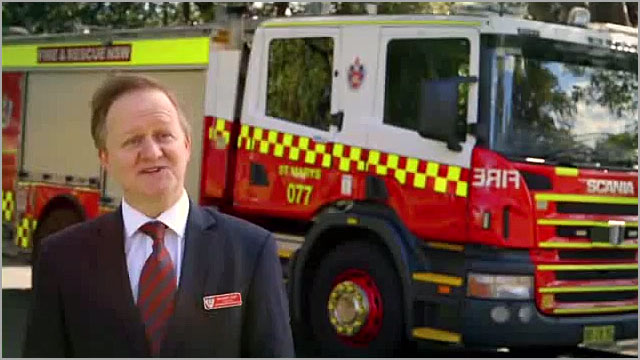 news NSW emergency services agency Fire and Rescue NSW this month revealed it has implemented SAP’s Business Suite and HANA products, in an effort to support a move towards real-time reporting and access to information across its entire emergency services network.

In a statement published by SAP last week, the agency said the the implementation paves the way for improved control during the fire season and is part of Fire & Rescue NSW’s journey towards predicting fires and other natural disasters before they happen, as well as effectively managing resources and establishing accurate early-warning systems.

Fire & Rescue New South Wales chief information officer RIchard Host said: “The SAP software implementation will help us save lives. It knows everything about our assets and our people, including their training history, with up to 30 years of data.”

According to SAP, the vendor and Fire & Rescue NSW have enjoyed a longstanding relationship which has seen them transform the agency’s business processes and systems. Through HANA, Fire & Rescue NSW is also looking to the future with an enterprise asset management program to help the Emergency Services Agencies better manage their vast firefighting and rescue asset base. SAP HANA will also support the agency’s “Project Minder.” This system is designed to head off disasters across the state by analysing real-time data and enabling predictions almost a week in advance, as well as to recommend resource deployment in a timely and accurate manner.

“Better systems mean safer communities,” Host said. “It’s critically important to have the right skills and equipment available at the right time. With SAP HANA, we have deep and accurate information that is instantly accessible, enabling us to make critical decisions quickly. We can monitor and manage our entire network more effectively and ensure the state is as safe as possible for years to come,” said Richard Host.

Andrew Barkla, President & Managing Director, SAP Australia & New Zealand commented, “Fire & Rescue NSW have delivered an exceptional implementation. We have laid the foundations for continuous innovation that will improve not only the State’s emergency response, but emergency prevention.”

News of the deployment comes as Fire and Rescue NSW has also divulged a range of other substantial IT projects over the past year or so.

In November 2012 the agency revealed it had dumped plans to deploy new traditional PCs throughout its operations, opting instead for a widespread deployment of 400 units of Google’s Chromebox cloud-based desktop platform. The agency has also recently ditched Novell GroupWise for a hosted implementation of Microsoft Exchange.

opinion/analysis
Between Queensland Health’s botched payroll systems upgrade, the Northern Territory’s problematic asset management system overhaul and Gartner’s predictions that big “legacy” ERP platforms are going away, SAP has been getting a bit of a bad rap in Australia recently, although picking up work at condom and medical protection giant Ansell recently at the expense of arch-rival Oracle was certainly a nice win.

What we’re seeing here from Fire and Rescue NSW is evidence that it’s not (usually) SAP’s software itself which is the problem; it’s usually the implementation, and often specifically the quirky business process rules found in government departments, that are. If you get a CIO in charge who knows his stuff, as Host most certainly does, things tend to go a fair bit smoother. Let’s hope we continue to see more good news in this vein from SAP over the next year.