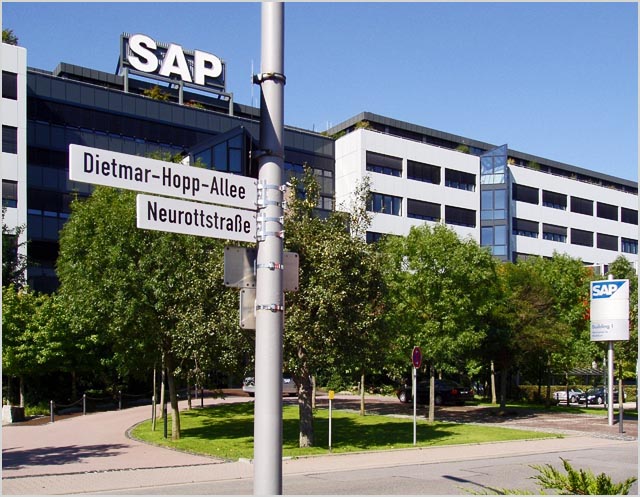 news German software giant SAP this morning revealed that version 7.0 of its customer relationship management platform was being deployed at the Victorian Government’s Environmental Protection Authority, along with a number of other components of SAP’s broader software suite.

The EPA’s role is to protect the state’s environment through regulation, particularly when it comes to construction works, for example, or manufacturing plants. It grants licences for industrial activity, conducts environmental audits, monitors the environment and sets standards. Most large government bodies have similar regulators to ensure large corporations do not run roughshod over the environment.

In a statement issued his morning, SAP said the EPA had been looking to conduct a technology refresh program that would underpin its operations for the next 20-30 years, including delivering an “integrated and holistic” view of its clients, stakeholders and communities to help deliver on its corporate objectives, as well as improving its overall organisational performance.

SAP’s CRM 7.0 platform will be deployed to fulfil functions such as client management, which will assist the EPA with its compliance efforts. “At the end of July 2012, EPA went live with the first phase of the transformation program, and it has proven to be a great success,” SAP said. “The SAP CRM solution supports EPA in the execution of its duties and centres around customer service, core approvals and licensing, compliance inspections and the generation of regulatory notices.”

The platform is being deployed by local IT systems integrator and SAP partner Extend Technologies (a subsidiary of NTT DATA Group). and is based on SAP CRM 7.0 EHP1 with Investigative Case Management (ICM), Portal, Business Warehouse, Business Objects and SAP ERP. The overall business solution includes software, services and ongoing application management by Extend.

“By combining the strengths of SAP and Extend, EPA is getting a best-practice platform that that will be able to meet all its needs for the years to come,” said Kal Marshal, General Manager State and Local Government, SAP ANZ. “The development of this platform for a regulatory framework also has huge potential to be applied across other government agencies.”

Extend Technologies Managing Director, Max White said: “The IT Solution being put in place integrates with existing systems standardises processes and streamlines operations. As EPA evolves, the system will be required to evolve as well and this is where Extend and NTT DATA Groups’ expertise will come into play.”

Although the majority of CRM deployments in Australia are believed to still be on-premises deployments, SAP rivals such as Microsoft, Salesforce.com and Oracle have made in-roads into providing customer relationship software as a service through a web browser, instead of as an on-premises deployment as the EPA appears to have done.

In June, for example, Microsoft picked up a software as a service (SaaS) CRM deal with Redback Conferencing, and has also recently own several other similar deals. Oracle announced in January that various top Australian public and private sector entities had implemented its CRM On Demand software as a service suite. SAP does have a SaaS-based platform including CRM functionality, Business ByDesign.

However, Victorian departments and agencies have recently been warned against using this style of SaaS-style applications, which are broadly included in the ‘cloud computing’ category of services. In a recent speech on ‘Privacy risks and potential benefits in the cloud’, Acting Victorian Privacy Commissioner Anthony Bendall highlighted some of the privacy concerns with cloud computing, particularly in its use by the local government. Bendall said the main threat was the organisation’s lack of control, especially if the cloud provider was based overseas. He said: “The cloud provider would need to be contractually bound by the Information Privacy Act, or fulfil the requirement that a similar privacy scheme to the Information Privacy Act operates in that state or country.”

opinion/analysis
Looks like a nice little win by SAP here, in what appears to be a fairly standard style of deployment. I would be interested to know who else was considered and if the EPA considered SaaS CRM platforms as well as on-premises deployment options. Personally, I feel if you’re deploying a new CRM platform in 2012, you’d be crazy not to look at a SaaS option, when you consider the likely evolution of IT services over the next decade.