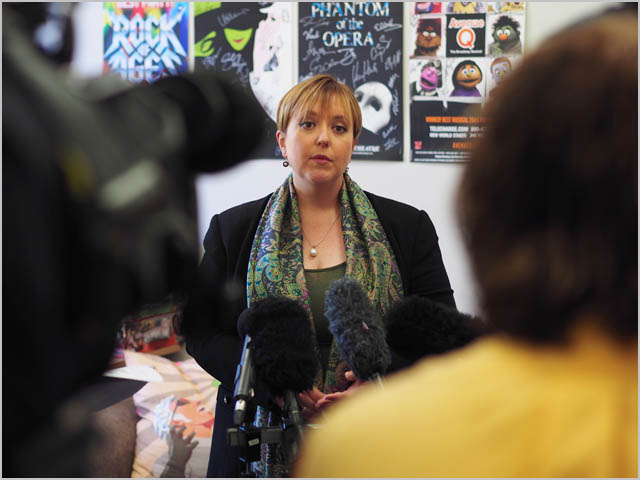 news Tasmanian Labor Premier Lara Giddings has offered the National Broadband Network Company free access to the overhead power poles of state-owned energy utility Aurora to incentivise a full rollout of Fibre to the Premises broadband in the state, as part of a package of technology policy promises associated with the State Election.

Speaking on ABC Radio in Tasmania last week, NBN Co executive chairman Switkowski confirmed Fibre to the Node would be used in Tasmania for part of the Coalition’s Broadband Network rollout (CBN) currently taking place in the state. Under the previous Labor Federal Government, the model had been planned to be a full Fibre to the Premises network rollout.

“Obviously in the previous model, the infrastructure was going to be an all fibre infrastructure,” he said. “Post the election and post the strategic review, we’ve now agreed on a multi-technology model where we’ll seek to use a existing copper network where we can.”

The news came despite the fact that Tasmanian Premier Lara Giddings put a proposal to the Federal Government in November last year to deploy the CBN infrastructure on overhead power poles throughout the state, in a bid to cut costs and facilitate the full rollout of the technically superior FTTP model.

“A re-elected Labor Government will connect Tasmanians faster by allowing NBNCo free access to
Aurora’s public infrastructure, worth $25 million over 20 years,” it states. “This will allow the [CBN] to be rolled out more quickly so that Tasmanian businesses and communities can get swifter access to the superfast broadband of the future.”

Other policies are also included in the document. For example, it states that a re-elected Labor Government would also include optic fibre in its plans for a second Basslink cable. “Labor’s
commitment of $1.5 million for a full feasibility analysis into building a second Bass Strait electricity interconnector will include optic fibre for greater capacity, market contestability and lower prices,” the document states.

In addition, Labor will provide $500,000 to give Tasmanians and tourists free access to the internet in the centres of regional communities, and in Tasmania’s most iconic and remote tourism destinations, by creating 50 new public Wi-Fi hotspots.

Labor would also commit $100,000 to develop a new app that showcases virtual Tasmanian ‘trails’ for art and culture, history and heritage, whisky, wine, and boutique beers and ciders. And it would also commit to driving change in the government sector to maximise open data platforms and services.

The policy document states: “Labor will create a Tasmania that can harness the international economy through transformative digital products and services for health, learning and business. Tasmania will keep pace with the speed of international technological changes.”

“Tasmania’s modern economy will have information communications and technology (ICT) as an integral framework. Traditional and emerging industries will be further enabled by ICT, while software development, media services, data centres and telecommunications will expand on the back of our world-leading digital infrastructure. Superfast broadband in Tasmanian homes and free WiFi hotspots stretching into the remotest corners of Tasmania will enable everyone to participate
fully in a fast-changing economy.”

Neither Communications Minister Malcolm Turnbull nor the leadership of NBN Co have formally responded to Giddings’ November 2013 proposal to string fibre along Aurora’s powerlines, or the new proposal unveiled this week.

The news comes as Tasmanian Liberal Leader Will Hodgman made the extraordinary admission this week that the Federal Coalition’s unpopular broadband policy could cost the party the upcoming Tasmanian State Election, in the latest in a series of ongoing signs that the policy is not going down well in the island state.

The Tasmanian population is highly aware of broadband as an issue and has consistently raised its voice on the broadband topic as a unified group far louder than other states have. Broadband was also a critical issue in the state during the 2010 Federal Election. Tasmania has historically suffered from very poor levels of high-speed broadband compared with mainland areas, partially due to an unwillingness by rival telcos to invest because of high backhaul prices charged by Telstra across Bass Strait.