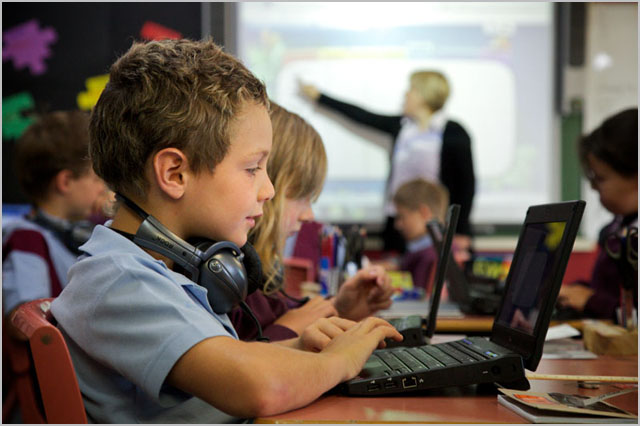 The Tasmanian Government has finalised a solution to a contractual impasse which has seen a number of schools in early stage National Broadband Network rollout zones in the state unable to utilise the infrastructure, despite the fibre having been physically connected to their premises.

In mid-June, the Tasmanian Opposition revealed that almost a year after the National Broadband Network was officially switched on in Tasmania, no public school in the early stage release towns of Scottsdale, Midway Point and Smithton had actually been connected to the next-generation fibre Internet the project is providing.

The delay appears to be due to the fact that Internet service to schools is provided through the state whole of government Networking Tasmania contract, which is held by Telstra and is currently being tested in the market. Like other providers, Telstra is currently trialling NBN services in Tasmania.

The lack of NBN connectivity came despite the fact that the Federal Government, in addition to the Tasmanian State Government, have repetitively touted the ability to bring high-speed broadband to schools as a benefit of the NBN, holding demonstrations of the fibre-optic technology in schools in both Tasmania and other early stage release sites such as Armidale over the past year.

“Within the next six weeks, NBN services will be available to Government schools and polytechnic campuses in Smithton and Scottsdale,” McKim said in a statement, noting that in the longer term, NBN services to other schools will be delivered across the State as the NBN is rolled out.

Aurora will bundle other services as part of its package – such as content filtering of inappropriate material, virus protection and support for department business applications and internal Government systems.

It appears that the Tasmanian Government will attempt to link access to the NBN with a separate initiative funded by the Federal Government and dubbed the Connected – Any Student, Any School (CASAS) project, which comes under the Digital Regions policy. The project, which is being run jointly by the Tasmanian Government as well as Catholic and independent schools, would over time see all Tasmanian schools provided with “cutting edge technologies to take full advantage of the NBN”, according to McKim.

“This exciting project will enable Tasmanian schools across the State to use technologies to offer innovative personalised learning opportunities using practical, hands-on and local, national and global e-learning programs,” he said today. “Further, it will enable all schools and the three organisations the opportunity to share expertise and teaching and training resources across all of Tasmania.”

In terms of the project, McKim said the first phase of the initiative would focus on the setup and provision of “a virtual data centre that features aggregated data from the three education jurisdictions”

“Under the second phase, the Department of Education will utilise the systems and services as part of the new eSchool which will provide online learning opportunities across Tasmanian schools,” he added. “This will include services to rural and remote students who can’t attend a traditional educational facility.”

The third phase, according to the Minister, would cater for increased service delivery across the Kindergarten to Year 12 and Polytechnic areas, allowing for “delivery of post-year 10 curriculum in rural and remote centres which is not currently available and where students currently have to travel and live in major regional centres to continue their education.” Education services to the wider Tasmanian community over the NBN will also be targeted.