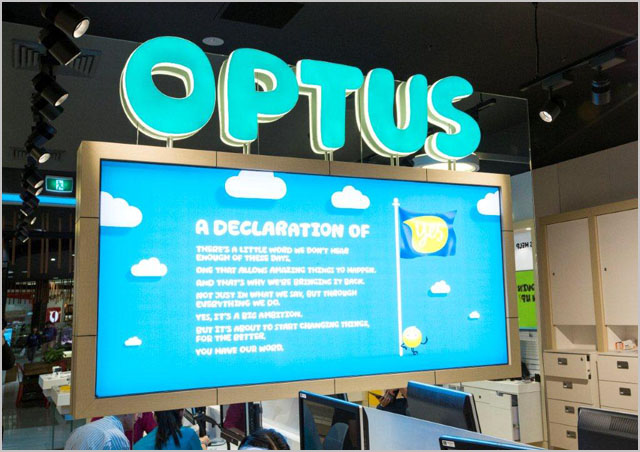 news The nation’s number two telco Optus this morning revealed it had kicked off trials of 4G mobile services using the 2600MHz frequency, as the nation’s three major telcos continue to battle for mindshare in the next generation of mobile broadband services.

Late last week, the nation’s biggest telco Telstra revealed it had started testing the use of the 700MHz spectrum in its 4G mobile network, using equipment from Ericsson and “an advanced smartphone from HTC that will launch later this year”, while this morning Vodafone announced it had achieved the milestone of one million customers on its 4G network.

In its own statement in a week of announcements about 4G uptake and capability, Optus this morning issued a wide-ranging update on its own 3G and 4G network updates. Firstly, Optus said it had completed its five-year, national 3G network upgrade program. The company said it has now upgraded more than 4,400 mobile sites nationally to provide significantly better coverage indoors, enhanced call quality, and a more consistent experience overall for 3G customers.

“Over the course of the programme, we’ve upgraded the bulk of our 3G network with 900MHz spectrum to create more capacity and coverage, raising our metro 3G indoors coverage from 70 percent to 94 percent over the past 2-years,” said Andrew Smith, Optus’ Vice President of Mobile Engineering. “We’ve now got more customers connecting at the same time, less congestion, and significantly better call reliability and quality, particularly in-building, in the home or office.”

The 3G 900MHz upgrade program was completed with the upgrade of over 70 sites in the nations’ capital, Canberra this month.

“With 9.5 million customers utilising the Optus 3G network, it’s an important part of our service in terms of voice traffic, and data for many of our customers, particularly outside metro Australia. We’ll continue to enhance our 3G network with the planned roll out of over 100 brand new mobile sites. These new sites will include upgraded 3G and superfast 4G services across major metro and regional areas,” Smith said.

As well as the continued 3G support, Optus is ramping up its 4G (1800MHz) and 4G Plus (2300MHz) rollout throughout the first half of 2014. The telco said this was to meet the increasing data and speed demands of customers, and deliver significant 4G coverage by April in metropolitan and selected regional areas across Australia.

In terms of the next stage of upgrades for its 4G network, Optus said it has also been getting its network ready for when it gains access to the 700MHz spectrum band freed up by the national shift to digital television, having been granted trial licences in Sydney to begin testing. This follows on from Optus’ Australian first 700MHz data call trial in Bendigo, in March 2012.

“These new trial licences enable Optus to start live testing the next evolution of our 4G network, due to launch commercially at the end of this year for 2600MHz and early next year for 700MHz,” Smith said. “We’ll be testing the compatibility of the new spectrum with the latest devices and also with the television broadcasters.”

Strong industry collaboration between the Australian Communications and Media Authority, Optus and Australian television broadcasters, made it possible for Optus to secure these licences.

“We are grateful to Network Ten and the Nine Network in particular for their cooperation in securing the 2600MHZ trial licenses. We look forward to working together with broadcasters and industry partners over the next six to twelve months to fully test these new 4G spectrum bands and bring our customers even closer to the 4G networks of the future.” Smith said.

opinion/analysis
Wow. There are a lot of spectrum trials going on at the moment. It looks like 4G is being developed in the 700MHz, 1800Mhz, 2300MHz and 2600MHz areas. I’m not quite sure what this means for customers right now in terms of long-term handset support. However, I sure hope the carriers have got the major handset manufacturers on board with all these spectrum changes. Optus has only recently started to funnel through dual-mode 1800Mhz/2300MHz handsets.

As a side note I’d like to add how amusing I find it that Optus and Telstra are duelling right now with respect to who’s really achieved the “first” trials of the 700MHz spectrum. Optus announced several years ago that it had been trialling the spectrum in Bendigo, but Telstra announced last week that it had achieved a “world first” on the 700MHZ band, using the ‘APT700’ band.

To my mind, it doesn’t really matter who did what first, although I will note that Optus appears to have been more active earlier than Telstra in this regard. What matters … what always matters, is who is first to get these services into commercial usage. Corporate trials are nice, and all, but I prefer to be able to buy things, not just read about them.