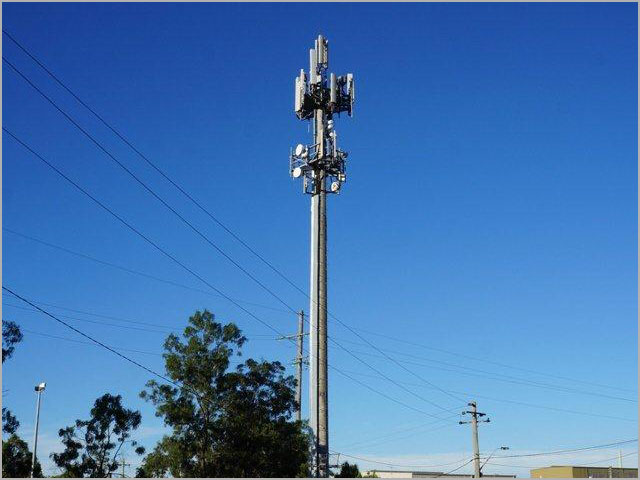 Note: The 2.3Gbps speeds in this article refer to the total amount of bandwidth allocated to a mobile tower; not the individual speeds which individual mobile broadband devices connected to that tower are able to achieve (the fastest individual speed was 165Mbps). Any comments conflating these two technical concepts will be deleted.

news Optus last week announced it had achieved what it described as “a massive world first”, generating a total of 2.3 gigabits per second (Gbps) site throughput on one of its custom-built mobile phone towers.

Optus’ ‘Gigasites’ are two live network test sites built to test Optus’ entire spectrum assets in terms of total capacity, throughput capability, and number of network layers. According to Optus, both sites are world-firsts in a number of ways, including the fact that they’ve achieved the highest total throughput ever achieved on a live mobile network site* (a total of 1.65 to 2.32Gbps^), the fact that they’ve used the most spectrum ever on a live network site (a total of 286.8 MHz, across seven spectrum bands), the fact that they use the greatest number of 4G layers on a single site (five) and a “never-seen-before” eight technology/band combinations.

The two Gigasites were built with Optus’ network partners Nokia Solutions and Networks (NSN) and Huawei. One site has been built at St Marys in Sydney’s western suburbs, and the other built at Lambton in Newcastle, approximately 160 km north of Sydney.

Andrew Smith, Optus Vice President of Mobile Engineering, said in a statement last week: “Our Gigasite project is about demonstrating our network of the future, and how Optus will be able to provide our customers with unparalleled capacity to meet their ever increasing appetite for data, and deliver a faster, more consistent network experience. Optus’ market-leading metro spectrum assets mean that we have the capacity to provide exceptional customer experience to our mobile data customers, even under extremely heavy network loads.”

“The trial was conducted on our live network, not in lab conditions – but with real devices, out in the field,” Smith added.

To meet the challenge of trying to generate over 2 Gbps of network traffic in the field, Optus and its vendor partners mobilised a total of 16 test drive vehicles, 21 engineers, 58 devices (smartphones and dongles) and 31 laptops in order to load up the two sites with data traffic. The next stage of testing will provide Optus with detailed information on how best to utilise such a vast amount of spectrum.

“As 4G continues to evolve, being able to optimally leverage a multi-band network strategy is increasingly important. Optus, in partnership with our vendors, expects to lead the world in its ability to plan, design, optimise and manage mobile network data traffic across multiple spectrum layers,” said Smith.

Optus used commercial devices wherever possible in its tests. In particular, Optus worked with Samsung, LG and Huawei in providing the latest multiband smartphones for testing.

The Gigasites also represent Australia’s first LTE 3500 network trial, according to Optus. Smith said: “In the coming months, we’ll explore how the 3500 MHz spectrum could be used in a future mobile network. This trial will provide important data which will help inform our decision making for the 3500 MHz spectrum band.”

opinion/analysis
I have no idea if 2.3Gbps is a lot in terms of the total mobile tower throughput, but Optus certainly seems pretty excited about it. Perhaps someone with knowledge of this situation can chime in in the comments below to provide context?