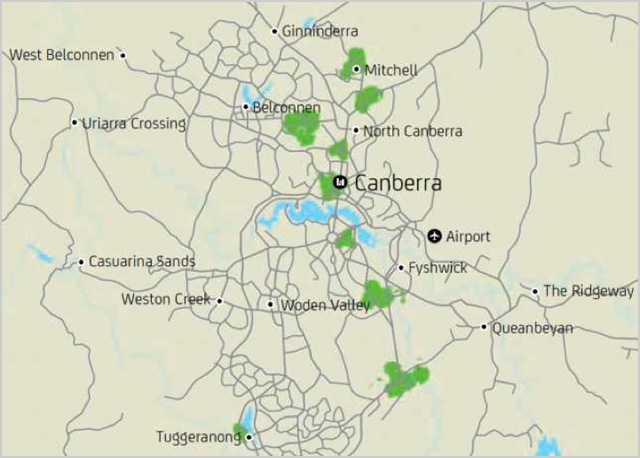 blog The nation’s number two telco Optus has made a series of major announcements this morning regarding its 4G network, which now extends through five capital cities as well major regional centres such as the Gold Coast, Coffs Harbour and Byron Bay. You can find the company’s media release here and its presentation here (both in PDF format), but in essence, probably what most people will be most interested to know is that the company is launching a different form of 4G network in Canberra. In Optus’ words:

Currently, 4G networks in Australia run on FD-LTE, which uses two separate frequency channels, one for data traveling in each direction. TD-LTE is a new flavour of 4G technology, where the upload and download of data happens on the same frequency, but at different times.

“Optus’ customers will start to enjoy the next generation of 4G with the pilot stage of our 4G TD-LTE network kicking off in Canberra,” [Optus networks chief Günther Ottendorfer] said.

Andrew Smith, Optus’ Vice President of Mobile Engineering team, outlined the network strategy for the coming year. “Optus will be the first Australian carrier to take its network to the next level with a combined TD/FD-LTE 4G network. Our aim is to expand coverage for both types of 4G in the coming year to reach over 70 per cent of the metro population by mid-2014,” Mr Smith said.
  
“As part of our national rollout this coming year, many new mobile sites and upgrades across metro locations will have the combined 4G technologies of TD-LTE and FD-LTE, allowing customers with compatible devices access to Optus’ superfast 4G in more places,” Mr Smith said.

In related news, Optus noted that it plans to extend its 4G network to cover 70 percent of the Australian population by mid-2014, and also that due to recent upgrades, its existing 3G coverage now covered 98 percent of the population. Given that the telco revealed last week that it had some 785,000 4G handsets (not USB dongles or Wi-Fi units) on its network as at the end of March (Telstra has more than two million … while Vodafone, which has not yet launched its 4G network, has precisely zero).

We’re not quite sure how Optus’ new TD-LTE network will go, or whether consumers will become confused as to the different ‘4G’ spectrum bands and standards which Optus will shortly be using. However, we have to say that the SingTel subsidiary has been as good as its word when it comes to 4G — really sticking it to Telstra in the high-speed mobile race for customers. It’s great to see this level of competition in the market. Optus is very obviously taking the uptake of 4G services very seriously.