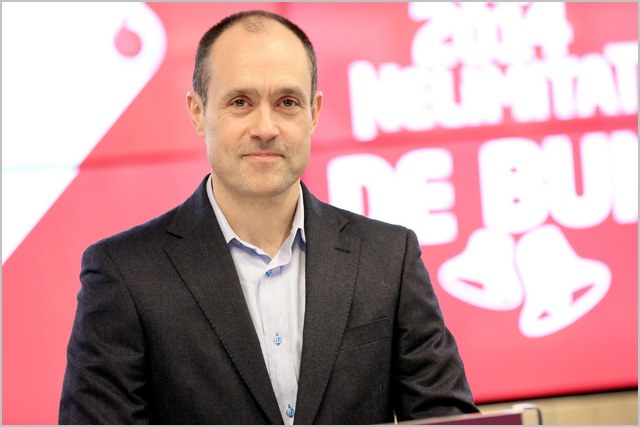 news Ailing national mobile telco Vodafone today revealed it would bring in Inaki Berroeta, chief executive of Vodafone Romania to replace its outgoing local leader Bill Morrow, who is set to take the reins of the National Broadband Network Company from March.

Morrow was appointed chief executive of Vodafone in Australia in March 2012, succeeding Nigel Dews, who had led the telco into a deep depression, with a slew of network and customer service woes which had come to be known as ‘Vodafail’. Morrow had been known internationally as a veteran of turnaround efforts for major companies, and had been making progress with Vodafone, but will leave at the end of February to run NBN Co for the Coalition Government.

In a statement today, Vodafone announced Berroeta’s appointment. The executive is currently chief of Vodafone Romania and will succeed Morrow on 1 March. Bill Morrow will remain with Vodafone Australia until the end of his term, according to Vodafone.

The telco said Berroeta has served as President and Chief Executive Officer of Vodafone Romania since 2010 overseeing 3500 employees and total revenue of EUR 769 million with earnings before depreciation, interest, taxes, depreciation and amortisation of EUR 276 million for the fiscal year 2012-2013.

“Under Berroeta’s leadership Vodafone Romania has delivered growth and improved profitability in a highly competitive market and tough economic conditions,” Vodafone said. “He led Vodafone Romania’s successful bid to renew and acquire a 15‑year spectrum license and established the company as the first mobile carrier to offer LTE services.”

Morrow said in Vodafone’s statement that Berroeta’s international experience and passion for the Vodafone family would ensure a smooth transition and a continued transformation of the company. “Inaki is a great fit for the local team and his diverse background places him well to take Vodafone through to the next phase of its 3 year turnaround,” Morrow said. “His appointment demonstrates Vodafone Group’s and Hutchison Whampoa’s commitment to developing talent globally and to putting the right people in the right places.”

A 20-year veteran of the telecommunications industry, Berroeta was appointed President and Chief Executive Officer of Vodafone Malta in 2007 and prior to this held various operational roles at Vodafone Spain, Global Star USA, AirTouch International Inc (USA), Airtel Moviles (Spain) and Keon (Spain and USA).

opinion/analysis
I haven’t met Berroeta yet, but it seems like he’s one of the professional class of senior executives which Vodafone continually develops within its ranks to slot into chief executive roles in various countries when it needs to. This would be OK if Vodafone Australia was doing well, but I suspect the executive may find he’s stepped into a very fraught and treacherous environment when he joins Vodafone Australia. The reason why a pinch-hitter like Morrow was brought in in the first place was that Vodafone needed a drastic turnaround strategy in Australia.

Will Berroeta sink or swim in the same role? Can he maintain Morrow’s energy in the position and keep Vodafone Australia on track? Only time will tell. I, for one, hope he can. I don’t want to see Australia’s mobile industry go back to a two-carrier model, which is very much where it’s heading right now.