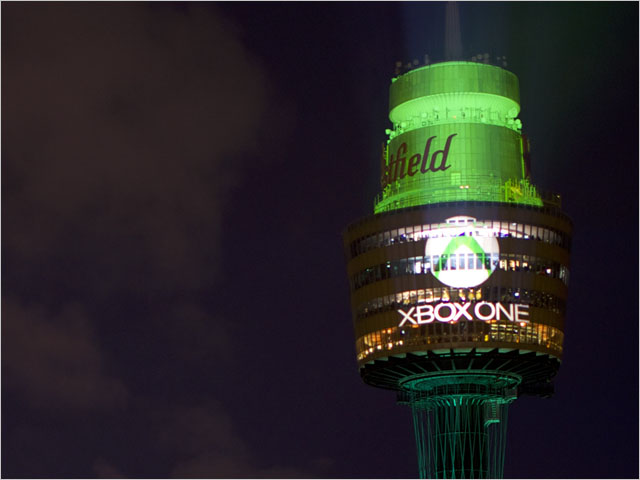 blog if you were out and about in old Sydneytown last night, you could hardly have missed the fact that Microsoft was launching a new Xbox console. There was the huge party at Lunar Park, huge launch events at retailers like EBGames, fireworks displays and even a huge Xbox One logo plastered all over Centrepoint Tower. In short, marketing gone wild. According to Gizmodo (we recommend you click here for the full article), it was the biggest launch in Australian video games history:

“No numbers have been released thus far but, according to Debra McGrath, EB Games National Brand, Event and Engagement Manager, the growth in the games industry ensured that last night’s midnight launches were the biggest ever.”

From a certain point of view, the fact that this launch was so big makes a lot of sense. After all, the percentage of Australians who are gamers is only increasing as the first gaming generations grow older. I’m now 32 years of age, I own an Xbox 360, a PlayStation 3, a Wii and a high-end gaming PC, and I’ve been gaming for 20 years. Of course a new console launch is going to attract a lot of attention and sales, and the Xbox 360’s successor is no small deal.

On the other hand, polls have consistently shown Australians are much more excited about the PlayStation 4 than the Xbox 360. You have to wonder how much of last night’s hype was just that — hype — and how much represented actual buying intention on the part of the Australian public. Personally I’m much more excited by the PS4 than the Xbox One. It doesn’t hurt that much of the Xbox One’s much-vaunted TV functionality was neutered for Australia (see an update on that here) and that the PS4 is a tad cheaper.

Which console launch are you most excited about, and why? Am I right that the PlayStation 4 has most of the momentum at this point? Or is underdog Microsoft making a comeback with the Xbox One?