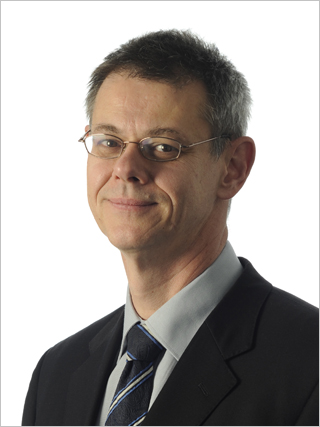 news Ziggy Switkowski has made the position of a senior NBN Co executive with a Labor political history redundant and allocated his responsibilities to a former Telstra executive with close links to Communications Minister Malcolm Turnbull, in one of the NBN Co executive chairman’s first moves since taking the company’s reins.

Mike Kaiser is a former State Member of Parliament from Queensland who represented the electorate of Woodridge briefly more than a decade ago. Kaiser subsequently held a variety of positions within the Labor Party, including as chief of staff to New South Wales Premier Morris Iemma and Queensland Premier Anna Bligh. In December 2009 Kaiser was appointed to lead Government Relations and External Affairs at the fledging NBN Co, which had been formed in April that year. Kaiser was subsequently promoted to become NBN Co’s head of quality in September 2011.

The executive’s appointment to work for NBN Co was controversial at the time, due to his Labor Party links and the fact that then-Communications Minister Stephen Conroy had suggested Kaiser for the NBN role.

In a statement issued this morning, NBN Co noted that Kaiser’s position of head of quality had “become redundant”, with Kaiser to leave the company.

The role became redundant, NBN Co wrote in the statement, because of a new appointment made by new NBN Co executive chairman Ziggy Switkowski — that of former Telstra executive JB Rousselot to the new position of head of strategy and transformation.

“This role will incorporate the current activities within the Quality group and also the corporate planning, strategy and decision support functions of the office of the Chief Finance Officer,” NBN Co wrote in its statement. “Mr Rousselot will lead the Strategic Review process that is commencing this week and then help manage the implementation of recommendations and their incorporation into the company’s 2014-17 Corporate Plan.” Rousselot will report directly to Switkowski, with the changes to take effect immediately.

“Mr Rousselot will help oversee the continuing transition process as NBN Co moves to deliver the Government’s policy of deploying a broader mix of technologies to ensure every Australian is able to receive very fast broadband,” Switkowski said.

Switkowski said of Kaiser: “Mr. Kaiser was one of NBN Co’s first employees and has fulfilled important leadership roles in the formation of NBN Co and its development over four years. He is a well regarded and committed executive having worked across the company on many of its biggest initiatives. I thank him for his many contributions and wish him well for the next phase of his career.”

The appointment of Rousselot to a senior position at NBN Co was reported last week and is considered controversial, due to the executive’s qualifications and strong links to Communications Minister Malcolm Turnbull.

The news comes as NBN Co has also made another recent similar appointment, with former Telstra executive Justin Milne also being appointed to an unknown position to assist Switkowski.

Milne has also retained links to Turnbull over the past decade. For example, Milne was one of the speakers at a forum held by the Liberal MP in August 2010 in the suburb of Paddington in his electorate on Labor’s controversial mandatory Internet filter policy, which Milne was also personally against. In addition, Milne is known to be a supporter of the Coalition’s FTTN model. In April this year, the executive told Business Review Weekly he would choose FTTN over FTTP because it was “orders of magnitude” faster (in terms of time to rollout) and cheaper to deploy.

Turnbull actively avoided taking questions from the media this week on the appointments of Milne and Rousselot to NBN Co. Delimiter has filed a Freedom of Information request with NBN Co seeking any documents pertaining to the two executives’ appointment at the company.

opinion/analysis
Well, this looks like payback from an outsider’s view. Kaiser is well-known as having strong Labor links. Now Turnbull’s hand-picked new executive chairman at NBN Co has made his role redundant and integrated his responsibilities with those of new appointee who has little experience with network rollouts but close personal links to Turnbull.

I used to have faith in Turnbull to keep things largely above board. No longer. There are many questions which need to be asked here about the way things are changing at NBN Co and how this new team at the company is being appointed. From an outsider’s view, it’s hard not to be extremely cynical about the way this process is being managed.