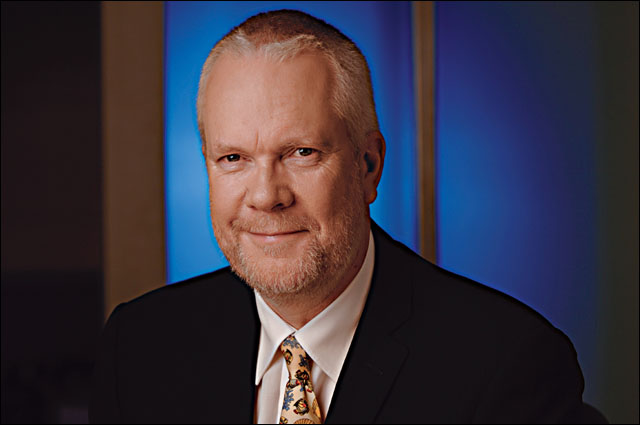 Telstra has confirmed that its long-serving BigPond chief, Justin Milne, has resigned, with his last day with the telco to be 1 June.

No details are available yet about Milne’s next move, but in a statement today announcing wider executive changes, Telstra chief executive David Thodey said Milne wanted to pursue “other opportunities”.

“Justin decided that now was the right time to explore new challenges, and we wish him all the best as he moves into the next phase of his career,” said Thodey. “Justin has been a strong contributor to Telstra on internet-related issues.”

Milne’s current title is group managing director of Voice, Broadband and Media, but he is best-known as the chief of Telstra’s BigPond internet service provider division, which has recently been broadly integrated back into Telstra’s central operation.

Milne is one of the telco’s best-known executives, having led BigPond since 2002. He was previously the chief executive of one of the company’s largest rivals, early internet giant OzEmail, and before that was managing director of the Microsoft Network in Australia.

For a time the executive’s role also saw him working closely with his wife — Anna Cicognani – whose last title at BigPond was reported as operational capability director, although her LinkedIn profile lists that role as director of operations and technology at BigPond. Currently Cicognani is Fairfax Digital’s chief product officer. Like Milne, she had also worked at OzEmail.

Over the past decade, Milne steered the ISP through a period where it and many other rivals in the industry rapidly and massively expanded their operations due to the speedy uptake of ADSL broadband over the past 10 years.

Milne’s replacement will be J-B Rousselot, a six-year Telstra veteran who will become executive director of Voice, Broadband and Media.

Thodey also made a number of other announcements this morning as part of a wide-ranging executive re-shuffle.

HP’s vice president of its Personal Systems Group in the UK, Gordon Ballantyne, will join Telstra as its new group managing director of Telstra’s Consumer and Channels division from June, leading the telco’s drive in the consumer market, particularly new fixed-line products as the telco’s upcoming T-Hub and T-Box offerings.

Ballantyne was also the director of Dell.com in Europe, as well as a sales and service director at mobile telco T-Mobile in the UK.

Ballantyne will replace Glenice Maclellan, who has resigned from Telstra due to personal reasons. The executive will remain at Telstra until after Ballantyne’s arrival.

“Kate will oversee the engine room of product innovation at Telstra,” said Thodey. “For the first time, Telstra’s product developers will be brought together with those people responsible for the strategy, pricing, promotion and market analysis of those products.”

Robert Nason, the company’s group MD of Customer Experience, Simplicity and Productivity, will take responsibility for corporate strategy, mergers and acquisitions, and Telstra’s Program Office as a result of McKenzie’s new product focus.

Thodey said Nason had already started a review of Telstra’s operations with the goal of reducing costs and improving competitiveness.

“We are completing five years of heavy investment in new and improved networks and technology,” the CEO said. “To fully leverage our position as a technology leader, we now need to review our operating model to ensure we have the most efficient structures and processes in place.”

Telstra executive Stuart Lee — who previously headed Telstra’s Program Office — has been promoted to group managing director level, and will work directly with Thodey from now on to examine different structural models for the company.

Telstra is currently discussing with the Government and NBN Co the terms under which the telco might migrate customers and infrastructure to the National Broadband Network operator.