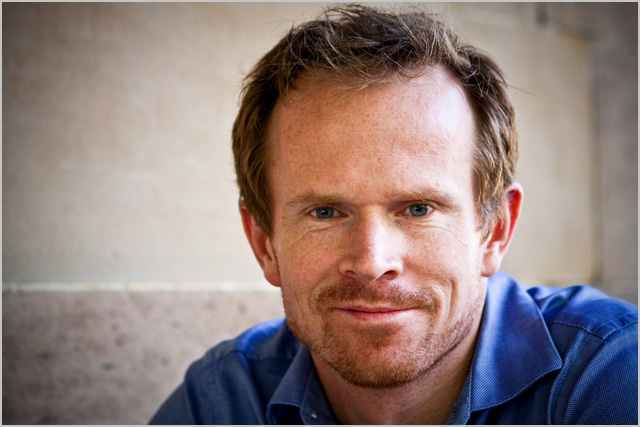 news The nation’s largest telco Telstra has poached Pollenizer co-founder Mick Liubinskas to help it get its new startup incubator Muru Digital (muru-d), in a move that marks the end of an era for startup incubator Pollenizer and one of the most famous partnerships in Australia’s technology startup ecosystem.

For the past five and a half years, one of the most innovative companies in Australia’s technology startup ecosystem has been Pollenizer. The firm started as a partnership startup consultancy between two executives who had spent time at Australia-based file sharing outfit Kazaa, Mick Liubinskas and Phil Morle.

Over time, Pollenizer has grown to be substantially more than just a startup consultancy or incubator; it has grown into one of the major hubs for Australia’s rapidly growing technology startup ecosystem. With its motto ‘Startup Science’, the company has developed a number of techniques for rapidly evolving and growing startups. One of its most visible successes has been the January 2011 buyout by Yahoo!7 of Spreets, a group buying company which Pollenizer helped develop.

However, in a post on the company’s blog today, one of the two driving forces behind the company, Liubinskas, announced that while he would continue as a director at Pollenizer as well as a mentor to its portfolio companies, he would be taking a position helping run a new tech startup accelerator program, Muru-D, launched by Telstra today.

“When I first heard about Telstra creating an accelerator I was dubious,” wrote Liubinskas. “It’s a huge company and starting startups is a delicate balance of science, art, patience, action, listening, stubbornness, belief and fear. The more I spoke to the Muru-D team, the more I believed they might could pull it off. So I’ve decided to join the team and help make it a success. It’s going to be hard work but the end outcome could be a significant contribution to the ecosystem. I’m confident I can help it succeed and I’m sure it’s worth the effort.”

muru-D is based in an empty floor in Telstra’s Paddington telephone exchange, which has been outfitted with open plan desks, common meeting rooms, telephones, and extremely high-speed Internet access. The program aims to provide funding of $40,000 (in return for an equity stake) to 10 startups initially, with a revolving model which will see many young companies come through its doors.

muru-D will be led by Co-Founder, Ann Parker. Ann joins Telstra from Telefonica, where she was the Head of Operations for its digital start up accelerator program – Wayra. Liubinskas will assist with the program.

“For those who say ‘another accelerator, don’t we have enough?’ This is not a zero sum game,” said Liubinskas in his blog post. “In fact it’s the opposite. This is a compound interest game. The more start, help, grow, succeed and reinvest the better it gets for everyone. We need, and I hope we get, dozens more companies like Pollenizer, Startmate, Fishburners, Blue Chilli and need every large company participating to make a strong industry. Israel only has 8M people yet has more than 100 accelerators, incubators and R&D centres. There is so much more growth possible here that squabbling over territory is fighting the wrong fight. It’s hard. We need to work together to crawl each inch forward, and with each inch we get bigger, faster, stronger.”

Liubinskas thanked all of the colleagues who had helped make his time at Pollenizer possible, and especially Morle.

He wrote: “To Phil, I’ve said it a few times over the years, but I thank you again for saying “I think there is something big here,” nearly six years ago. It’s an amazing adventure and I’m very glad I had an amazing partner to go on the journey with. There is no challenge too big for you and thank you so much for applying your life and energy to grow this incredible thing we started together.”

opinion/analysis
Wow, end of an era. The Pollenizer partnership of Liubinskas and Morle — with all the incredible energy and innovation it generated — isn’t over, but clearly the binds have slipped a bit and each will now find a slightly separate path. I’m sure that’s a good thing. The two Pollenizer founders have been working together intensely for a long, long time. The next thing beckons — and good luck to both. The contribution which Pollenizer has made to Australia’s tech startup ecosystem has been immeasurable, and it’s actually quite emotional seeing Liubinskas move on to a new role.

In terms of Telstra’s new startup incubator muru-D, I have to say I am quite skeptical at this point. It’s nice that the company has retrofitted a spare floor in its Paddington exchange, hired a few tech startup luminaries and allocated some seed funding for Australian tech startups. However, there’s always been an inherent conflict between the aims of giant companies such as Telstra and small tech startups. Too often companies like Telstra only support startups which they see as being complementary to their own businesses, and because of this, they are no ideally positioned to be early stage investors.

However, Liubinskas’ support for the scheme does much to legitimise it in my eyes. You can’t underestimate the energy and passion which someone like Liubinskas brings to any endeavour, and I suspect that energy will cross-pollenate inside Telstra to a certain extent. It will be interesting to see what comes of the collaboration.

If nothing else, let me say again that now is a fantastic time to start a new technology startup. The possibilities are truly endless; early stage support is flowing in the streets and available everywhere. If you’re tired of your dead end IT job, quit and start your own company. It’s a very hard path, but as a small business owner myself, I have to say that it’s very unlikely that you’ll regret such a move.