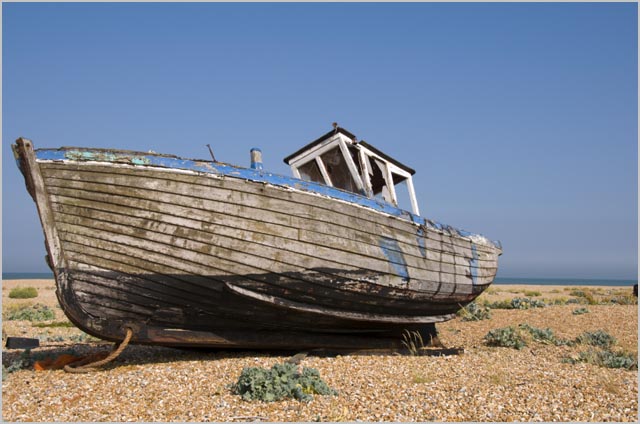 Business ByDesign is a fully-integrated enterprise resource planning and business management software package delivered as a software as a service platform. SAP first launched the platform back in 2007 as its attempt to take on the burgeoning cloud computing market, which is coming to be dominated by online rivals such as Salesforce.com and NetSuite. SAP, like its competitor Oracle, which is also moving into online service delivery, has traditionally delivered its software through in-house server platforms rather than online.

However, over the weekend, German magazine WirtschaftsWoche published an article stating that SAP had discontinued the development of Business ByDesign wholesale. All Things D further confirmed that the software giant would shift its focus to its HANA platform — an in-memory appliance which takes SAP’s software and mashes it up with server, storage and networking hardware to support real-time transactions and business intelligence.

SAP spokesman Jim Dever issued a statement saying: “We are taking a significant and innovative step forward by putting all of our cloud offerings on the SAP HANA Platform. Moving forward, SAP HANA will be the single, unified platform that enables businesses of all sizes across all industries and lines of business to run their entire business in the cloud more efficiently and effectively than ever before.”

“SAP Business ByDesign will become part of the SAP HANA Cloud, and will continue to be supported and actively promoted in its current functionality and scope through our extensive partner ecosystem. Optimizing SAP’s cloud portfolio on our HANA platform means a dramatic price-performance improvement with all the benefits of simplicity in the cloud for all our customers. And SAP’s BYD customers have a clear roadmap to our future HANA powered tightly integrated Suite of business applications in the cloud.”

The news will come as a blow to a significant cloud computing pilot project being operated by the New South Wales Department of Trade and Investment. The project was announced in July last year and touted at the time as the biggest deployment of Business ByDesign globally. The project will involve the transition and consolidation of NSW Trade & Investment’s legacy ERP system including 16 agencies – totalling over 8,500 employees – onto a single, consolidated SAP cloud platform.

The deployment has been seen as a key test of the usage of cloud computing technology in the New South Wales Government, following the successive failure of a number of traditional ERP deployments over the past several years in state governments around Australia.

In August this year, the NSW State Government claimed initial success in the high-profile trial, claiming that so far the project had been delivered “on time and on budget”, but with a large chunk of the work still to go.

Speaking in a NSW Parliament budget estimates session at the time, the department’s director-general Mark Paterson said the project had already been “very successful”.

The shift onto the HANA platform will be likely to cause some confusion for Business ByDesign customers such as NSW Trade and Investment, because HANA is an appliance, not a service such as Business ByDesign is. However, technology giant HP recently announced plans to bring a hosted version of HANA to its datacentre facilities in Australia, giving HANA clients an onshore option in a service model.

opinion/analysis
Oh, dear. This is quite disastrous for SAP. The numbers that WirtschaftsWoche is throwing around are ludicrous for a company as large and as successful as SAP. 785 customers for Business ByDesign? US$31.5 million in annual revenue? That’s incredibly bad news for SAP customers interested in Business ByDesign. What it means is that the platform really is not a viable option for enterprise deployments going forward.

If I were NSW Trade and Investment, right now I would urgently be seeking meetings with my SAP account manager, to find out what the future of the “service” I had bought from the company was. SAP cannot just back out of this project in NSW — to do do would be to kill its reputation in a sector which is critically important to it. It will need to carefully manage its engagement with NSW.

The revelation of SAP’s plans (or non-plans) for Business ByDesign also calls into question the future of cloud computing-style enterprise deployments. If such a service, from a massive, trusted software vendor such as SAP, can so easily have its future development canned, then that makes it less likely that Australian organisations are going to take a punt on cloud solutions in the future.

SAP only launched availability of its cloud-based Business ByDesign package for Australian customers in August 2011. To see the future of the suite called into question just two years, if you’re an IT manager or CIO, is worse than disturbing.