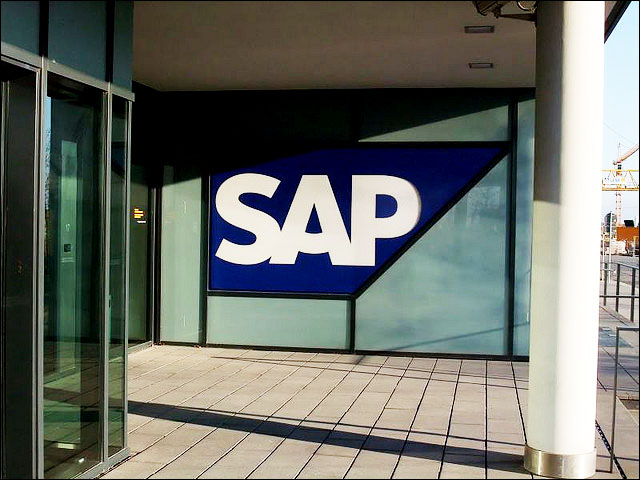 news German software giant SAP has won a substantial deal with the NSW Government’s Trade & Investment agency which it yesterday described as its biggest deployment of its Business ByDesign software as a service suite globally, and its first cloud platform win in the local public sector.

“SAP Australia today announced that NSW Trade & Investment has selected SAP as its partner to deliver cloud-based software-as-a-service (SaaS) solutions to the department and its agencies,” the company said in a statement. “As part of the three-year, $14.5 million agreement SAP will deliver a range of cloud solutions that includes SAP Business ByDesign, SAP Payroll, and cloud consulting services.” The agency, according to SAP, expects to deliver savings of more than $12.5 million annually by enabling greater efficiencies across the entire organisation.

“This innovative investment in government efficiency will enable our State’s economic development agency to improve both internal and client services,” Deputy Premier and Minister for Trade & Investment Andrew Stoner said. “By consolidating the department’s ERP systems onto a single cloud-based platform, we can now focus more of our energies on building investment and jobs, and generating a positive business environment for the State of NSW.”

Andrew Barkla, SAP Australia’s new chief said: “This was a strategic deal both for NSW Trade & Investment and SAP. By consolidating its ERP onto SAP’s cloud platform, the department will realise the benefits and value that software-as-a-service delivers. This solution aligns with both the NSW Government’s goals under its Corporate and Shared Services Reform Program and the recently released 2012 ICT strategy. Together, we can build and deliver a highly effective cloud solution that can better enable NSW Trade & Investment to achieve its goals.”

SAP said the deal represented its largest Business ByDesign win globally, and the first cloud platform win in the Australian public sector. The project will involve the transition and consolidation of NSW Trade & Investment’s legacy ERP system including 16 agencies – totalling over 8,500 employees – onto a single, consolidated SAP cloud platform.

The deal is the second deployment of its Business ByDesign SaaS platform which SAP has announced in as many weeks. Last week, the company revealed that Queensland startup Outback Armour, which specialises in providing accessories for off-road vehicles, had selected SAP Business ByDesign to deliver an integrated SaaS based ERP solution.

In a statement distributed by SAP, Richard Catelan, CEO at Outback Armour said: “As a new business we were looking for a solution that would work for us now and in the future. We are a new company but the people who work here have a lot of industry experience and know what is needed to make a business successful.”

“As we are starting out, we need to make sure we deliver on what we promise to our customers and build our credibility. SAP allows us to do this and is a brand people respect and recognise. I feel that working with SAP not only gives us the solution we need but also adds to our overall reputation. Having first class enterprise systems in place helps to reassure customers that we are serious about our business and providing them with high class of products, services and customer experience.”

Over the past several years SAP has faced a challenge posed to its market share (along with Oracle, SAP dominates much of the business software market) by Software as a Service players like Salesforce.com. SAP has traditionally preferred the on-premises deployment model, but over the past year has taken its first steps into SaaS or ‘cloud’ hosted applications in Australia, courtesy of partnerships with companies like Oxygen and Fujitsu, and even launching its SaaS Business ByDesign product locally in August last year.

Several weeks ago SAP signed a landmark deal with the nation’s largest telco Telstra and IT services giant Accenture that will see the pair deliver hosted SAP solutions to Australian customers from Telstra’s on-shore datacentre infrastructure.

opinion/analysis
It’s great to see SAP Australia finally sticking it to its rivals when it comes to cloud deployments of business software, especially in the tricky ERP area. This win for the company is really a landmark deal, coming as it does in the government area, which is often very sensitive to cloud computing issues such as the offshoring of services and data to other jurisdictions.

The move also shows that the new Liberal NSW Government is very serious about driving real innovation and improvement in IT service delivery through the use of new technologies such as cloud computing. I am sure the SAP deployment at Trade & Investment will be very closely watched by CIOs in other jurisdictions all around Australia. If all goes well, it seems likely that in several years we could see quite a few copycat rollouts following.

Of course, State Government IT projects have a huge habit of going off the rails in Australia at the moment, and like so many before it, this project has several danger signs. A project which sees 16 separate agencies consolidated onto a single ERP platform? Yeah. That sounds like a recipe for disaster, in the current State Government climate. It will be fascinating to see whether SAP and the NSW Government can keep this one on track and on-budget. If so, it will be an extreme outlier. We can only hope.