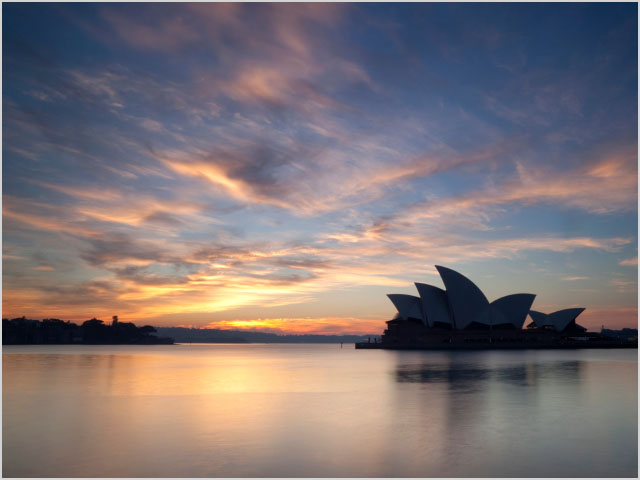 news The New South Wales Government has given further signs that it is moving to adopt the kind of ‘cloud-first’ IT procurement strategy which jurisdictions such as the United States, United Kingdom and New Zealand have pursued over the past several years, in a move which could fundamentally change the way the state buys and uses technology.

Australia’s public sector has in the past notoriously been averse to purchasing products and services which fall under the cloud computing umbrella. While pure play cloud and software as a service vendors such as Salesforce.com, Google, Amazon Web Services and others have experienced a solid level of success in various aspects of Australia’s private sector with their solutions, the fact that most such services have been hosted offshore has prevented such companies from making strong in-roads into Australian governments at any level — federal, state and local. Similarly, companies such as Microsoft, Oracle and SAP which offer both SaaS and on-premises models have continued to see strong public sector demand for their traditional solutions, with only slow uptake of their SaaS options.

However, if the NSW Government has its way, much of this may be about to change.

In a submission late last month (PDF) to an inquiry being held by the NSW Parliament’s into the procurement and management of ICT services in the NSW public sector, the state’s Department of Finance and Services, which oversees central IT strategy for the state, gave several clear indications that it was interested in broadly shifting the state’s IT procurement practices to what it described as an “as a service” model. The state’s new ICT Strategy, the document said, featured “a shift from owning and managing infrastructure, to acquiring hardware and software through as-a-service models”.

“Agencies have traditionally purchased and operated their own hardware and software,” the document noted. “This approach has resulted in fragmented and inconsistent ICT systems across the sector. Outdated and incompatible systems impact effective and efficient service delivery, and increase costs and duplication. The ICT Strategy outlines how the public sector will, where appropriate, move to an ‘as-aservice’ orientation whereby a third party provider owns the ICT infrastructure, and agencies purchase only the services they need.”

“This model of ICT procurement provides agencies with opportunities to lower costs and improve the cost-effectiveness of service delivery. As-a-service models mean that agencies pay only for the services that they use rather than asset acquisition and ongoing maintenance. A service orientation offers flexibility and agility in ICT service provision, and allows Government to achieve better value for its ICT investment.”

Finance’s submission told the inquiry that the move represented “a significant step change” in the way that the NSW public sector purchased and managed its ICT, and as such, its departments and agencies would require an expanded set of skills and capabilities to deal with the shift, “particularly in vendor management” – including the negotiation and management of service agreements.

Part of the NSW Government’s new approach, the submission noted, was a strong focus on implementing virtualisation across its operations, with agencies now being required to develop and execute virtualisation plans and consolidate their infrastructure to the several new datacentres which the state government is currently building.

The comments come as NSW has this year given a number of other indications of a shift to a ‘cloud-first’ style IT strategy. In May, for example, several major New South Wales Government agencies, the Department of Trade and Investment and Transport for NSW unveiled major and wide-ranging plans to imminently purchase Software as a Service-style IT solutions, detailing the new interest in the cloud computing paradigm through tender initiatives kicked off at the time.

Transport for NSW (which was formed from the merger of the NSW RTA, maritime, transport construction authority and Country Rail groups) was also talking to the industry in May about SaaS packages. The tender documents have gone offline, but an article by ZDNet.com.au details the fact that in March, the agency went to the market with a proposal to abandon in-house infrastructure and migrate 35,000 email accounts, 25,000 desktop environments and some 2,000 BlackBerry devices to new systems, all labelled “as a service”. ZDNet quoted Transport NSW’s tender documents as follows:

“The group CIO is actively promoting a strategy of ‘as a service’, recognising the potential for leveraging the economies of scale and expertise of the private sector in the delivery of core technology platforms and capabilities to government.”

NSW’s move to the cloud comes at a sensitive time for state governments in terms of their ability to deliver on IT projects and service delivery. Most of Australia’s state governments – notably Queensland, Western Australia, Victoria and NSW – have suffered major issues with IT over the past several years, with a string of audit reports noting billions of dollars in wasted investment and a strong trend of IT projects blowing their budgets and sometimes failing to deliver on their initial aims.

At a briefing in Sydney this week held by VMware, CSC Australia chief technology & innovation officer Bob Hayward noted that large enterprises in Australia had been slower than other industry segments (such as small businesses and startups, for example) to adopt cloud computing technologies, and CSC had found it harder to sell such solutions into large organisations than it had anticipated, with many large groups burdened with legacy systems and restricted by compliance regulations.

However, he said, in the past six months he had seen “a real shift” in the market, with large organisations now showing a much stronger interest in cloud computing solutions. The executive agreed with the idea that cloud computing offered state governments a chance to take a different approach to IT project and service delivery that could allow them to avoid some of the disasters suffered in the past; and he noted that NSW wasn’t the only government taking this path, highlighting other moves in Queensland and Western Australia, for example.

opinion/analysis
It’s very good to see this kind of fundamental IT paradigm shift going on within the NSW State Government. I’ve said it a number of times recently, but I really do believe that the Coalition administration in NSW does really “get” IT and has a real chance at improving IT project and service delivery in the state in a hugely positive way.