I think I speak for everyone when I say that Wikipedia simply rocks. I use it on a daily basis for researching the background to articles, looking up obscure Japanese anime references or even digging deep into the history of 4chan.

Actually, yuck, on that last one.

But there are plenty of things that Wikipedia doesn’t rock for. For example, if you wanted to work out when the chief executive of Fujitsu Australia and New Zealand, Rod Vawdrey, was appointed to the role, Wikipedia probably couldn’t tell you.

Likewise, if you wanted to dig deep into the history of the corporate jet operated by Denis Mackenzie over at Darwin-based IT services group CSG, you’d have to go elsewhere. And don’t even get me started on how little of the real history of Australia’s telecommunications sector can be found on Wikipedia’s pages.

That’s why today, Delimiter is launching an alternative.

We’re not going to try to kill Wikipedia, nor would we want to. Instead, we’re going to follow in Wikipedia’s footsteps. This morning we launched a public Wiki site that will solely cover Australia’s technology sector — its personalities, companies, issues and memes.

Already, we have more coverage than Wikipedia in some areas — such as the history of Vawdrey’s stewardship of Fujitsu in Australia. 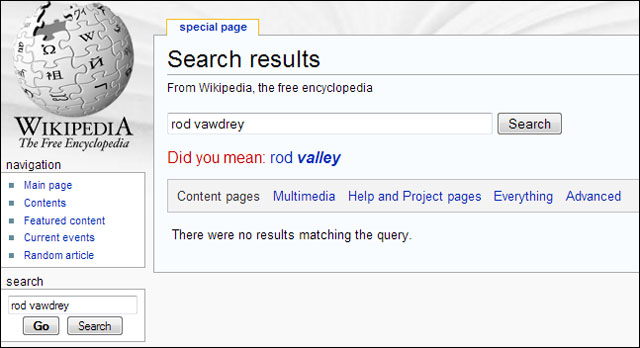 Now, it should be obvious given Wikipedia’s own history, that Delimiter won’t be able to do this alone.

So we’re hoping that companies and individuals in Australia’s technology sector — and that includes the enterprise IT, telco, consumer technology and video gaming verticals — will help us out by editing entries on the new Delimiter Wiki, particularly about themselves, so that we can build a bigger base of knowledge.

All of the content on the Delimiter Wiki will be available under a Creative Commons licence, so you shouldn’t be worried that Delimiter is going to somehow take all of the content people contribute and run off and make buckets of cash with it.

It will stay on the web for perpetuity and (hopefully) become an increasingly valuable resource for Australia’s technology sector, although, as with Wikipedia, we ask that people take a common sense approach to the information contained within its pages — if it gets vandalised, some of the info may not be quite accurate.

We are only planning to use images on the Delimiter Wiki that are public domain (for example, have been released for use by the press) or that we believe we can use under fair use provisions (such as company logos). But if you see an image on the site that you don’t think we should be using, just contact us and explain the situation.

As always, if you have questions or worries about how to contribute to or use the Delimiter Wiki, please drop me a line directly at renai@delimiter.com.au.

We would particularly welcome suggestions as to how we could tweak MediaWiki, the Wiki software we are using — it seems a bit hard for the average user to use, and we still haven’t worked out how to fix the the capitalisation in iiNet’s page, for example.