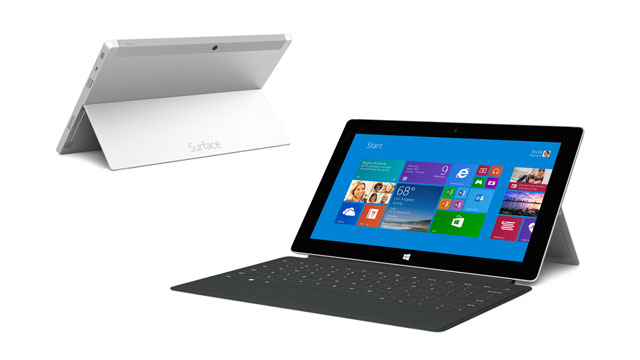 news Technology giant Microsoft has revealed the second versions of its Windows 8-based Surface tablet will land in Australia from October 22, with prices to be similar to the cost of the devices when sold in the US.

According to a blog post this morning by Tina Flammer, Microsoft Australia’s Windows Business Group Lead, the devices will hit Australia from October 22, at the same time as they will launch in a number of other first-world countries. Accessories such as new ‘Touch and Type’ covers, a ‘Power Cover’ and a Docking Station for the Surface Pro are also to be made available.

“In Australia, the new models and select accessories will be available at MicrosoftStore.com, via retailers Harvey Norman and JB Hi-Fi, and from authorised Surface commercial resellers,” wrote Flammer. “Customers can pre-order Surface 2 and Surface Pro 2 starting at 10 p.m. AEST on Sept. 24, 2013, at MicrosoftStore.com and via Harvey Norman and JB Hi-Fi.”

According to analysis of the pricing conducted by Lifehacker, there isn’t any ‘Australian technology tax’ added to the prices.

opinion/analysis
I haven’t seen a lot of interest from individuals in Microsoft’s Surface line, but I have seen a great amount of interest from corporate buyers. Massive kudos to Microsoft for ramping up its manufacturing and getting the new line to Australia at the same time as it launches in the US, and at the same price. That’s not something we could say about the previous Surface launch Down Under.