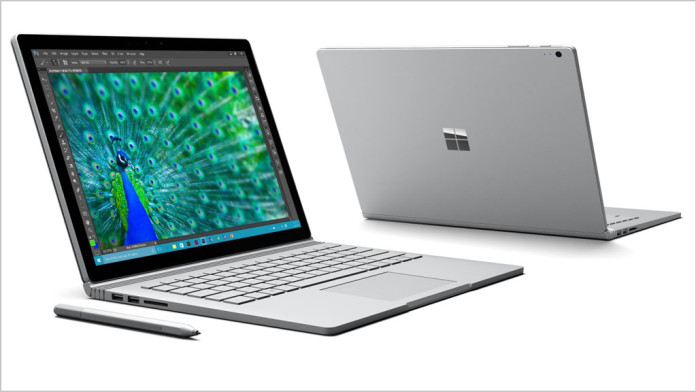 In the United States this week Microsoft made a number of key announcements regarding new hardware and software aimed at both consumers as well as business professionals.

Probably the headline announcement was Microsoft’s Surface Book — a convertible laptop which features a 13.5” display that can support both stylus and touch input and can convert into a tablet when detached from its keyboard and trackpad. However, the company also announced an upgraded version 4 of its Surface Pro tablet.

Microsoft’s new flagship mobile phone is the Lumia 950, a 5.2” device which comes with a 20 megapixel rear camera and a liquid cooling system for its components. There’s also a Lumia 950 XL model, with a similar featureset as the Lumia 950 but a larger 5.7” screen, and the Lumia 550, an entry-level model with a 5” screen and a 5 megapixel camera.

“Lumia 950 and Lumia 950 XL will become available in Australia before Christmas; local pricing and availability to follow,” the company said. It did not disclose local launch timing for the Lumia 550.

Microsoft also announced the Microsoft Band 2 — a fitness band with a curved display and a heart rate monitor and on-board GPS which is billed at being able to support a two-day battery life. It is not clear when the device will be available in Australia.

Microsoft also made a number of other announcements, including a holiday console and game bundle starting at A$499 for its Xbox One console, as well as making available its HoloLens computer for developers and offering a Display Dock — which allows Lumia phones to act as PCs by connecting to a monitor.

“With Windows 10 and these new Microsoft devices, you are at the centre of magical new experiences,” said Satya Nadella, chief executive officer of Microsoft. “We’re moving people from needing to choosing to loving Windows, and these devices promise to fuel even more enthusiasm and opportunity for the entire Windows ecosystem.”

The news appears to position Microsoft squarely against its main rivals Apple and Google on a number of fronts. Apple recently launched its new iPhone models in Australia, and Google has also announced a cluster of phone and tablet devices.

opinion/analysis
Very strong product launch for a rejuvenated Microsoft here under new chief excutive Satya Nadella. Finally, the company’s product lines are starting to come together, and we’re starting to see products that could compete strongly with Apple and Google. The Verge’s comments on Microsoft’s new products are quite telling:

“After years of confusing strategic decisions, canceled products, and embarrassing mobile miscues, Microsoft is clearly reinvigorated and focused under CEO Satya Nadella. It’s making some big moves with exciting products, and isn’t afraid to throw punches or draw stark comparisons with competitors. Most importantly, after today’s presentation it’s also clear Microsoft has a charismatic stage presence to communicate those messages to the public in the form of VP Panos Panay.

The New Microsoft needed to present a cohesive vision today, one of integrated software and hardware that looks ahead to a future of usable devices and ecosystems, instead of simply sitting back and counting on tired brands like Windows to do the heavy lifting. Mission accomplished.”

I predict that both the Surface line and the Lumia line will continue to see strong interest from major Australian organisations. Microsoft’s integration between its enterprise IT and consumer product lines continues to grow, making the purchasing decision quite easy for IT departments.