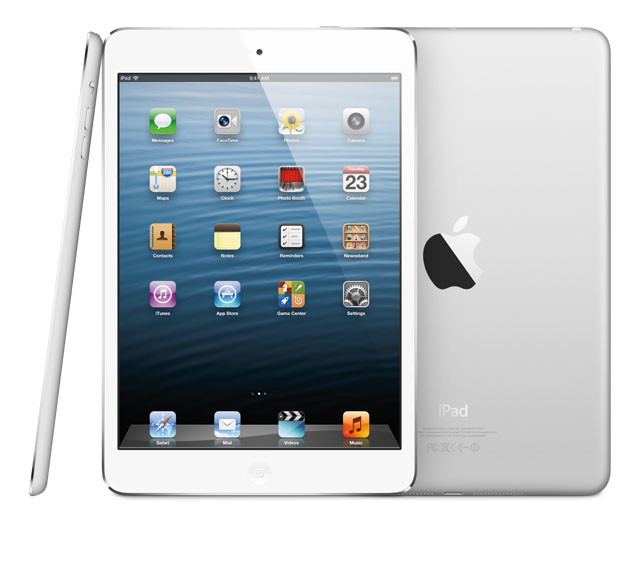 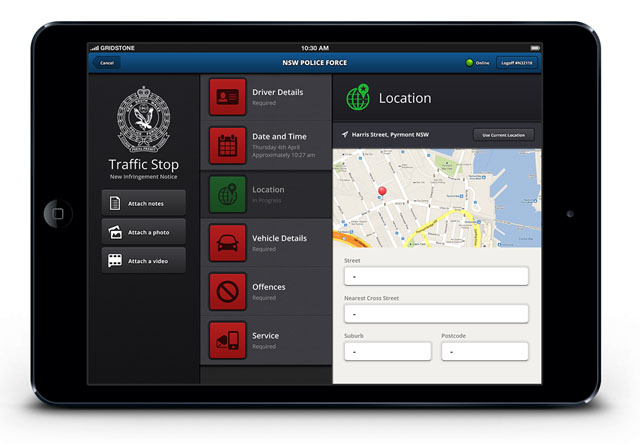 news New South Wales’ police force has revealed plans to undertake a four-week field trial of a mobile app for officers to issue traffic infringement notices, which will be deployed in the field on locked-down versions of Apple’s iPad mini tablets.

The app, called ‘Mobile Notices’, is based on an idea proposed and developed by frontline NSW Police officers, and was designed and built by Australian-based mobile application developer, Gridstone, according to a media release issued by Gridstone last week. Twenty customised and locked down Apple iPad Mini devices running Mobile Notices have been supplied for the trial, which will run for the month of September. The tablet devices are 4G-enabled and during the trial will be tested by NSW Police in Sydney and a number of regional areas.

Gridstone was engaged by NSW Police in early 2013 to begin work on the proof-of-concept. Working closely with frontline police officers who developed the idea, as well as NSW Police’s Business & Technology Services (BTS) team, Gridstone addressed a number of security and integration requirements as part of the design and build process, according to the company.

“Not only did we need a secure connection between the mobile device and NSW Police’s backend systems, we also knew we were dealing with highly-sensitive personal information, so we had to ensure the security of the information we were recording and sending via the device,” said Lembit Pikkat, director, Gridstone.

“The iPads are locked down, so that any information is wiped and the device reset should anyone attempt to access them without authorisation. No data relating to the infringement notices, including photos, are stored on the device once the notice has been sent. If the police officer is out of 4G or WiFi coverage at the time of completing the notice, data is queued to send immediately once the device is back in range.”

The middleware processing the data and connecting Gridstone’s app to COPS and SDRO, is hosted on Amazon Web Services’ (AWS) public cloud platform, based in Sydney. The data being processed through the AWS infrastructure is only stored for the duration of the transaction, and is then deleted from both the device and the cloud servers. The AWS servers, and the connections made to NSW Government’s internal systems meet State government regulations with regards to information protection.

If the trial is considered successful, a business case will be developed to gather funding approval and a tender process for suppliers would begin. The expected savings from Mobile Notices have been estimated 240,000 police hours and $1.2 million per year, explained Superintendent Karen McCarthy, who is managing the trial for NSW Police.

“Most importantly, if the trial is a success and the app fully deployed, it will give NSW Police the opportunity to spend more time on frontline policing and less on administrative tasks back at the station – which will have a positive impact on both road safety and officer effectiveness,” said Superintendent McCarthy.

The news comes as other policing organisations around Australia continue to suffer problems in the area of infringement notices. In late August, for example, the Victorian Ombudsman has found that the poor-performing nature of a 15-year-old IT system operated by the State Government has been one of the main contributors to the state losing more than $1.2 billion of revenue from millions of uncollected legal infringement fines. A project to replace the system kicked off in 2007 has not yet delivered on its aims.

opinion/analysis
Absolutely fantastic project we’re seeing here from NSW Police. Let’s hope that the iPad minis can be adapted for other policing systems as well, as we’re seeing in the UK at the moment.