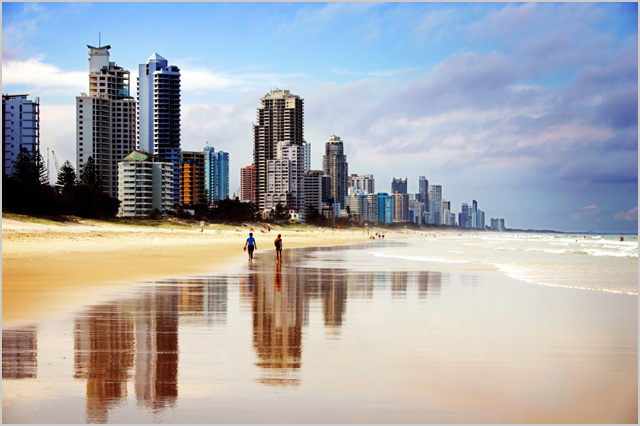 profile When Australia’s technology industry thinks about the Federal Department of Immigration and Citizenship, it is overwhelmingly one project which comes to mind. A giant, lumbering mammoth of an initiative; a gargantuan behemoth which spanned half a decade, involved hundreds of staff, and soaked up many hundreds of millions of dollars in investment.

That behemoth named Systems for People.

The project was first approved in the 2006 Budget as a mammoth technology overhaul of DIAC’s IT systems, following the damning Palmer and Comrie reports — especially stemming from the unlawful detention of Cornelia Rau. The project was initially valued at $495 million but attracted several budget increases. Much of that funding went to companies like IBM, Oracle and CSC, who worked at the core of the overhaul, predominantly focused on immigration records, but slabs also went to pay a small army of staff employed by DIAC itself.

As the project wore on over the succeeding half-decade since its genesis, it would vault the public servant responsible for it into the public limelight, as similar massive IT overhauls at the Australian Taxation Office, the Australian Customs and Border Protection Service and even the Commonwealth Bank had done before it.

For five years, DIAC chief information officer Bob Correll shepherded Systems for People through its development cycle. The appointment of suppliers. Struggling to contain wage costs. The six monthly status updates with the press. And more. On and on Systems for People lumbered, like a gargantuan elephant pulling a fully-laden cart towards a Byzantine city.

But now that storm has passed over DIAC, and with its passing has gone Correll, who retired from his role in April this year. In his place was appointed a new executive, Tony Kwan (pictured, below).

Little is publicly known about Kwan. His LinkedIn profile only goes back to May this year, when he took up the DIAC role. His biography was never issued by Immigration, upon his appointment and his name does not appear in Google more than a handful of times.

But what we do know about Kwan appears to show a somewhat open and innovative character. His previous known role saw him leading the IT operation of the former Department of Education, Science and Training as its chief information officer. In 2004, in that role, Computerworld quoted Kwan in the context of Linux desktop deployments as stating that his-then department had done a lot of work looking at open source technologies — currently a major focus of the Federal Government.

“The Learning Federation has set up an open architectural framework to promote learning objects to try to maximise investments in developing learning material that’s open and re-useable,” Kwan said at the time. “We are also looking at promoting the use of open source software.”

The following year, Kwan openly spoke about the Department’s IT strategy at an event held by the Australian Information Industry Association in Canberra. He was also active in wanting to explore inter-departmental approaches to the trend of environmentally friendly computing, as well as on other cross-government committees. And in a public blog post in December 2010, Maritime Safety Authority CIO Ewan Perrin described Kwan as one of the better-known CIOs in the Government’s small agency CIO mentoring program — listing Kwan alongside well-known AGIMO first assistant secretary Glenn Archer.

In one of his first interviews since taking the Immigration role, we put it to Kwan that he had some pretty big shoes to fill following Correll’s retirement. And the CIO is quick to praise the work that has gone on at DIAC before his time.

“I’d like to acknowledge the good work the IT team in DIAC has done in the past few years,” he says. “The Systems for People program is coming to a close, the Gershon savings have been implemented and we have rationalised our IT platforms, with the consolidation of six data centres into two.”

When Department of Defence CIO Greg Farr took up his role in November 2007, one of his first actions was gathering information — speaking to stakeholders in the business to find out what Defence’s IT operation was doing well and poorly. And the same has been true of Kwan.

In his new role, the CIO notes that his first steps have been ones of communication. “My process was to touch base with key stakeholders and business areas as quickly as possible,” he says. “I checked with them what we were doing well and where we needed to improve. I’ve tried to learn as much about key issues, challenges and priorities to determine what are urgent and important and what are non-urgent.”

And where Farr found a degree of negativity about Defence’s IT support, based on its past performance, it’s possible that Correll’s broadly positive reign has generated good karma within Immigration. “I have found the environment extremely supportive,” notes Kwan.

One of the interesting things which the CIO found is that although he notes the Systems for People project was broadly completed with the implementation of what Immigration terms its generic visa portal, there is still ongoing work within Systems for People at the department.

“Systems for People was completed with the implementation of the generic visa portal (GVP) in April 2011, which was a key milestone,” says Kwan. “We have also implemented successfully further system releases, termed CR2 and CR3, as part of our ongoing systems release cycle, which included enhancements to key Systems for People systems and portals.”

Kwan says the GVP implementation gives Immigration a “solid platform” to enhance and roll in new sub-classes to the visa system which lets people travel to Australia. At the moment, the system deals with sponsorship, nomination, temporary skilled sub-class 457 and general skilled migration applications. In addition it can issue bridging visas and cancel visas. However, the CIO says the department is also currently expanding its ability to receive visa applications online, using GVP as the backend platform for that functionality.

Although we weren’t game to mention the politically sensitive refugee issue, Kwan notes that Immigration is currently also undertaking work on what he terms its “irregular maritime arrivals program”, which he says will enhance the department’s case management portals to increase the functionality and reporting capability for detention services.

Kwan notes that while the Systems for People project was broadly completed with the implementation of the initiative’s generic visa portal (GVP) in April 2011, however, some incremental work is still going on in that area.

In short, although the cyclone of activity that was Systems for People has died down a little, the project is ongoing in many senses — and a core part of Immigration’s IT work.

Beyond Systems for People
However, as with any major government department, there are also a plethora of other IT projects going on at Immigration.

Kwan notes immigration is progressing its Windows 7 desktop migration. The project — first revealed in January 2011 by ZDNet.com.au will doubtless involve the support of Unisys, which has a contract to provide outsourced desktop services to the department through 2013. The rollout will constitute one of the largest deployments of Windows 7 in the Federal Government, alongside the Department of Human Services. It will also involved the rollout of Microsoft’s latest Office 2010 software.

Immigration’s business intelligence capability is also being worked on, and as with many other organisations, virtualisation is a key issue, with Immigration already having virtualised more than 70 percent of its infrastructure, according to Kwan. The organisation is also looking at better ways to support its workforce with mobile solutions — conducting an iPad trial — and is also looking into how to provide better service to staff working in remote locations.

However, when asked what are the top-line issues affecting Immigration’s IT function, Kwan appears less interested in specifics than the overall trends — like a strategist rather than a tactician. “It’s about managing supply and demand, implementing the capital works program and responding to urgent government and departmental priorities,” he says. And the labor issue — which plagued the Systems for People project — is still one that Immigration is grappling with, with Kwan noting the problem of working out how the department can “attract the necessary staff resources, given Canberra has a tight labour market”.

The CIO appears to take the same strategic approach to some of the biggest trends impacting the IT sector as a whole at the moment. 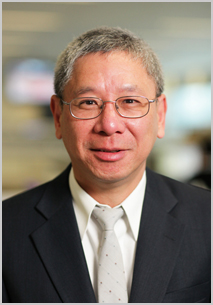 He notes Immigration considers cloud computing a “key technology platform” that the department would like to pursue in future — “particularly in terms of infrastructure, platform and storage”. And on the potential for a cross-departmental government cloud to be created: “It’s still early days, but we are quite open to talks with other agencies and the Australian Government Information Management Office on discussions of a private cloud.”

With Immigration’s high degree of existing virtualisation, Kwan says, talk of a G-cloud comes down to the value proposition involved.

The CIO feels the same way about IT shared services, a concept which has taken a dramatic beating in Australia over the past year, as both the Queensland and Western Australian state governments have broadly walked away from their disastrous IT shared services implementations, which had suffered from a lack of disciplined governance. The Victorian Government is also known to be struggling with its IT shared services organisation CenITex.

“We have no definite plans at the moment, but we are happy to discuss with other agencies on shared services opportunities if and when appropriate,” says Kwan.

There is no doubt that Kwan will see a significant role in the future development of Federal Government IT strategy. Alongside IT leaders from the Department of Defence, the Australian Taxation Office and the Department of Human Services, Immigration is one of a number of mega-agencies whose approach to technology helps shape that of the rest of the Government. Will the CIO prove to have a dramatically different approach from his predecessor?

So far it appears not, despite some intriguing flashes of innovation the CIO displays today and in the past — as well as his awareness of current industry trends. Kwan himself appears to be content to be judged by the results he will achieve in the next few years.

“My focus is very much on the present,” he says. “I will work hard to ensure DIAC IT continues to deliver and let the outcomes speak for themselves.”