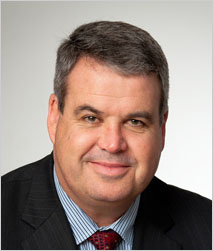 blog Those of you who have been reading Delimiter for a while will know that we’re huge fans of the Federal Government’s whole of government chief technology officer John Sheridan. From jetpacks to chief information officers as brokers and not blockers, of cloud computing, to lego as an analogy for government technology use, , Sheridan has views on many issues in today’s enterprise IT environment, and he’s not shy about sharing them in insightful speeches. This week’s dose of Sheridan comes from Forrester’s Summit for CIOs in Sydney. ZDNet has reported Sheridan’s comments on open source software:

And from iTNews we get Sheridan’s views on cloud computing lock-in:

Speaking at the Forrester CIO Summit in Sydney, federal chief technology officer John Sheridan said while cloud computing could make it easier to set up and fund new systems, it could also back agencies into a difficult corner should their requirements change.

You can also find the slide deck of Sheridan’s presentation online here.

When Australian Sports Commission chief information officer Steven Stolk spoke out recently on Twitter about the Federal Government’s new risk management guidelines on storing data in offshore cloud computing facilities, I wrote that it would be good to see more government CIOs speaking on such issues in a wider sense than just their own implementations. Here’s hoping Sheridan’s example can spur a few more to discuss these issues in public as well.