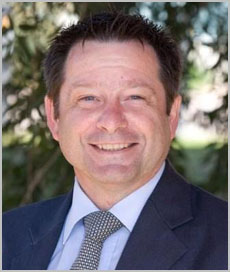 news A chief information officer from a minor agency has publicly criticised the Federal Government’s new risk management guidelines on storing offshore data, stating that they constitute “a real barrier” to the adoption of public cloud technologies in the public sector.

Earlier this month, the Federal Government released a new cloud computing security and privacy directive (PDF) which requires departments and agencies to explicitly acquire the approval of the Attorney-General and their relevant portfolio minister before government data containing private information can be stored in offshore facilities. Data which doesn’t include personal information — and thus isn’t subject to privacy regulations — won’t suffer the same conditions.

Unlike existing cloud computing policies used in the Federal Government, the policy did not emanate from either the office of the whole of government chief information or technology officers, key parts of the Australian Government Information Management Office which helps set central government IT strategy and policy.

Instead, the new policy appears to be a document created by the Attorney-General’s Department, as part of the Protective Security Framework which it administers to help ensure the physical and information security of the Federal Government as a whole. At the time the document was released, Attorney-General Mark Dreyfus, issued the following statement:

“The policy will aid decision-makers in determining when to allow the use of offshoring or outsourcing on a case-by-case basis. I have paid special attention to the security of personal information, which people expect will be treated with the highest care by all organisations, but by government in particular.”

“Safeguards have been incorporated so that before personal information can be stored in the cloud, the approval of the Minister responsible for the information, and my own approval as Minister for privacy, must be given. This is to ensure that sufficient measures have been taken to mitigate potential risks to the security of that information.”

However, the new policy raised eyebrows inside Federal Government IT circles. And last week some of that criticism made it into the public domain courtesy of Steven Stolk, the chief information officer at the Australian Sports Commission, in comments first reported by iTNews.

“The new policy from AG to have any public cloud with personal info approved by Minister & [Attorney-General] is a real barrier to use public cloud,” wrote Stolk on his Twitter account. “The flow chart shows all flow that has personal info going to the Minister!” And then, the CIO added: “The process just seems too risk averse. Privacy risk outways security, which can be assessed at the agency level.”

Although the Australian Sports Commission represents a relatively minor part of the Federal Government’s IT spend, Stolk himself is a veteran in government technology circles. The executive has served the ASC as CIO for four and a half years, and has also held senior technology positions at the Civil Aviation Safety Authority, as well as at IT services company KAZ (now part of Fujitsu).

Stolk told iTNews, which first reported this story (we recommend readers click through to read iTNews story as well; it contains further details), that his views were personal and not the views of his agency; but he also added that there was a disconnect on the issue between the Attorney-General’s Department and AGIMO.

opinion/analysis
I strongly agree with Stolk. I published an extensive analysis of this precise situation on Delimiter 2.0 several weeks ago (paywalled), including a detailed criticism of the concept of “risk” as detailed in the new policy. My key introductory paragraph:

“The Federal Government has taken many positive steps forward in the past year with respect to freeing up its departments and agencies to adopt the new class of cloud computing technologies. But the release of an overly bureaucratic policy this month on offshore data storage has the potential to set that progress back substantially, relying as it does on several outdated concepts of risk management in IT projects.”

To tell you the truth, I’m not surprised to see a mid-level CIO like Stolk expressing his opinion on this issue in public. The launch of the new policy must have come as a surprise to many IT executives in the Federal Government. From AGIMO and departments such as DBCDE, they’re getting the view that cloud computing is an emerging paradigm which they need to consider in all their IT purchases. But from the Attorney-General’s Department, they’re getting the opposite view — roadblocks and all.

The fact that the CIO chose to speak out reveals that the Attorney-General’s Department didn’t consult enough internally in the Federal Government on this one. It seems obvious that if Stolk was surprised by the release of this policy, then many others in similar positions would have been surprised as well. I applaud Stolk for at least having the courage to raise the issue in public in the diplomatic manner he did, and we need more of this kind of effort from senior public servants across a wide range of areas. In this context, the few sentences which Stolk put on Twitter about the issue, as his personal view, would very much represent the tip of the iceberg in terms of this situation. I’ll be seeing if I can plumb some of those depths over the next several months.