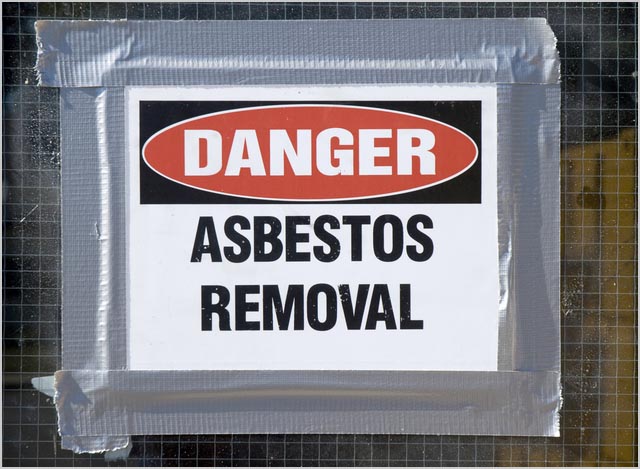 opinion There’s been a lot of heat in the last week over the issue of asbestos lining in thousands of telecommunications pits around Australia, being remediated as part of the National Broadband Network (NBN) rollout.

Certainly, it would seem that a number of Telstra sub-contractors – (and probably more accurately, only a few work crews working under those sub-contractors) – have grossly mishandled the deadly material as part of the works in a number of areas around the country. For this, they should be condemned – the carcinogenic nature of asbestos is well known, and in this day and age there should be no complacency with regards to how it should be dealt with.

Telstra is contracted to remediate all pits and ducts on behalf of NBN Co, in preparation for their contractors to actually roll the NBN fibre. Which is why all the finger pointing at NBN Co is so badly misplaced. This is a Telstra responsibility, and that’s what people – (and in particular, many of our politicians) – need to start being honest about.

The Government has been well aware of the issue for some time, and asked Telstra to act on this issue in 2009, at about the time the NBN planning was being finalised, and about the time – (presumably) – that the asbestos issue was identified as a risk to the project:

“Workplace Relations Minister Bill Shorten revealed on Monday he asked Telstra in 2009 to act on the danger that asbestos-lined underground boxes used for the network could pose a health hazard to workers and residents.”

In recent days, it has been clearly identified that Telstra is the responsible authority in this regard: “Federal workplace safety agency Comcare admitted on Monday the system had failed to stop a breakdown in communication between Telstra executives and subcontractors handling the deadly fibres at thousands of sites.”

To their credit, Telstra seems prepared to take responsibility for the issue. Given they are contractually obliged to do so, this seems a fairly straightforward position for them to take. Steps are already underway to make good on the issue. Telstra’s governance of their project to conduct the remediation activities seems to be at fault here.

Of course, the opposition has been firmly on a front-foot attack posture over the issue, claiming another failure in the league of the “pink batts” project. Given that it was apparent that NBN Co identified the risk and that they sought to remediate the issue via Telstra, exactly how anyone can suggest the government and NBN Co didn’t take the issue seriously is something of a mystery. Unless of course it is a politically motivated position? Surely not?

Significantly, the current opposition knew about the asbestos issue in telecommunications pits for at least six years during their last period in government before they lost the 2007 election. Interestingly, it was current opposition leader Tony Abbott who appears to have ignored the problem in 2001:

“Telstra tried to fast-track compensation arrangements for its employees exposed to asbestos but was rebuffed by Tony Abbott’s own department back in 2001.”

“With the opposition on Monday leading a parliamentary attack on the government over its alleged lack of urgency in addressing asbestos discovered in Telstra junction pits being handed over to the NBN, Fairfax Media has learnt the giant telco wanted to create an independent body to accelerate compensation and sought approval from the Department of Workplace Relations. However, the department, then under the ministerial leadership of Mr Abbott, rejected the plan.”

The thing that irks me the most is that the Coalition seems to have stuck their head in the ground – (no pun intended) – on the issue, with Malcolm Turnbull seemingly happy to leave most of the asbestos in the ground, even when his version of the NBN is potentially rolled out:

“Because we will simply bring fibre out to the distribution point, the street cabinet, all of the conduits and pits beyond that – the ones outside people’s houses for example – will not be disturbed at all.”

Under his plan, most of the asbestos lined pits in your street, in front of your house, or even in your garden, are going to be left there. Would you be happy with that? The current FTTP NBN plan not only provides for Australia’s telecommunications needs well into the future – (and with a far longer lifespan than the current alternative FTTN plan) – it also gives us the opportunity to fix the problem of asbestos in our streets, once and for all.

Despite their bluff and bluster about the dangers of asbestos, they are proposing to just leave it in the ground – for someone else to fix another day. Their plans to kill the current NBN look more irresponsible as time goes by, and we deserve so much better than that. This is a chance to fix it, and to fix it now.