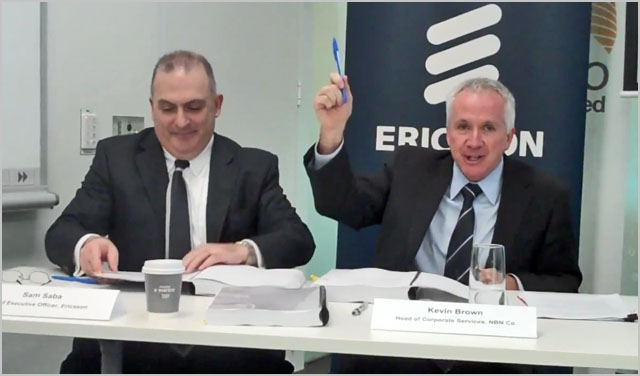 blog Bad news upon bad news is continuing to pile on for the Federal Government’s National Broadband Network project. Hot upon the heels of the asbestos scandal which continues to plague Telstra as it remediates its pits and pipes for the NBN infrastructure, the Financial Review has reported this morning that the wireless component of the NBN rollout is also significantly behind. The newspaper reports (we recommend you click here for the full article):

“Construction of the wireless section of the national broadband network is running so far behind schedule that less than half the planned homes and offices will be connected by its June 30 target.”

To my mind, the difficulty which NBN Co appears to be facing with respect to the wireless component of its rollout is symptomatic of the problems which a new network infrastructure owner and builder faces when deploying this kind of infrastructure, compared with an existing company. It’s well-known that Telstra was able to push Swedish vendor Ericsson, which is constructing NBN Co’s wireless network, very hard to get most of its initial build of its Next G 3G network completed in just one year in 2006. In contrast, NBN Co has already had several years since it contracted Ericsson for the wireless rollout in June 2011 (above you can see a picture of then-Ericsson Australia managing director Sam Saba and NBN Co executive Kevin Brown signing that contract), and it’s still struggling to get the project off the ground. The wireless component of the NBN is supposed to be finished in 2015. One suspects that it won’t quite get there.